Good Evening homies!! My name is Jon. I'm mad excited to be a part of this community. I recently have started making sauces as a way to use up all the excess peppers I got in my harvest this year from a variety of mostly common hots. I made a batch or two early on with fresh peppers but I dehydrated most of them and turned into into powders to keep longer and it helps me more consistently measure out the same volumes/heat for each sauce batch. I'm not really a fan of vinegar or ferments so I definitely prefer to keep that at a minimum in my stuff to still keep it shelf-stable but without dominating the flavor spectrum.

So far I've had pretty good success with the sauces and have made about 11 different ones so far from scratch, my own recipes. I've had years of restaurant experience and self-taught cooking but I'm definitely no pro, I don't really have plans to really take this places and for now I'm just trying to refine my craft in my pursuit of making outstanding sauces that have people begging for more.

That being said, here's a list of the ones I've made so far and some photos of my finished bottles. I try to use mostly organic ingredients and all the peppers were homegrown except any of the chipotle ones. Order is based on the photos uploaded.

*One of my favorite sauce things I made was combining in mostly equal ratio the Citrus Garlic Fuego (below) with the Mango Pina Colada. It seriously was a brilliant combo and was a significant improvement on the M.P.C. because by itself it mostly ended up being like a slightly spicy smoothie. I probably won't make that one again by itself and just learn how to incorporate it into an alternate tropical version of the citrus garlic fuego.

I also recently made an Alabama White Sauce from kind of figuring out the general base ingredients and then figuring out my own ratios that I wanted with things, I think I use about half the amount of vinegar most of them use but in my opinion it's much more palatable this way. I only included this on here because it's in the photo and also bcs it's been a huge hit so whatever.

Other sauces I made before these in the past few months: Roasted Peach Hab, Chipotle, Reaper Garlic, a Pineapple/Orange Scorpion Pepper Chutney, Peach Hab BBQ, a hickory smoked bbq, and a Sweet Lemon Fatali. The first three were inconsequential and good learning experiences but the Lemon Fatali, my very first sauce, is still one of my best and I still have some and absolutely love it. I didn't write down the recipe so this is my best guess at memory (it was a few months ago).

Anyway I'm gonna repost the sauce making part in the main sauce making thread with some more stuff cause I have a lot of more ideas I've brainstormed for more sauces but yeah that's what I've been up to. Looking forward to discussing and learning from people here!

EDIT: Wanted to add that I'm really looking forward to purchasing a lot of new seeds in the next few weeks and attempting to grow my entire garden from pure scratch. Previously I purchased a lot of plants pre-started around April from local garden centers but they have limited options so I've mostly only been able to get more common ones like orange & red hab, ghost, scorpion, and reaper. I previously grew some 7-pot Pueblo seeds from scratch that I got from Pexpeppers and they had a fantastic flavor and it really inspired me to try to pursue some rarer peppers with better flavors.

Hey, I do what I can XD It's easy when it's all something I love!! 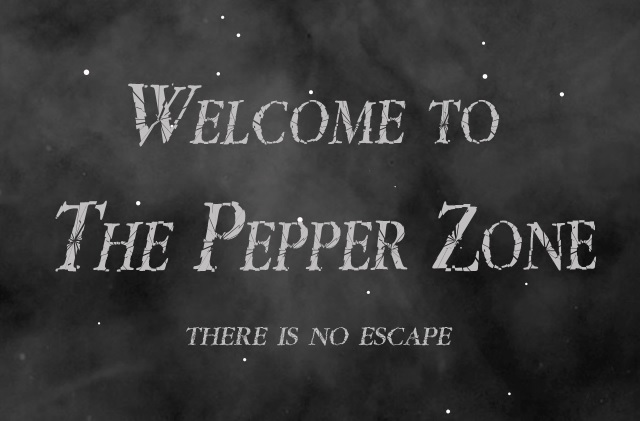 from the Pacific NorthWest, Jon!
Last edited: Jan 5, 2022
Every Pod a Victory! Life Force is Strong! \O__
Links to all my grow logs here.

Welcome from Romania!
You must log in or register to reply here.

F
Lover of hot peppers, sauce, and anything flavorful and spicy.