hybrid Are all superhots hybrids?

The ghost pepper is said to be hybrid chinense and frutescens.

spicy.curry said:
The ghost pepper is said to be hybrid chinense and frutescens.

You pose a very interesting question. To answer that even in part, I would have to explain that many hybrids such as Wartryx, C3P0, etc. are the result of insects so the real ancestry is not really known. When you see vendors selling hybrids with a known ancestry and an unknown hybridizer... your brain should kick in and say... How do we know the hybrid if we don't even know who created it? With that being said, hybrid is a relative term and what is taught as known is often far from it.
So many hybridizers out there that would not know a pistil if it hit them in the face.

A better question might be , How many hybridizers have you actually seen make a single documented cross? My bet is that you could count them all on one hand. Making a cross by hand... it is something many will claim but few will be able to prove.

The red savina was created by Frank Garcia of GNS Spices in Walnut, California. He discovered it in a patch of Caribbean Red Habanero peppers when he noticed a particular plant had thicker, hotter pods. He selectively bred the red savina over a few years, resulting in the peppers we see today.
"Insanity: doing the same thing over and over again and expecting different results." - Albert Einstein
S

I think the Red Savina is just another habanero rather than a superhot. 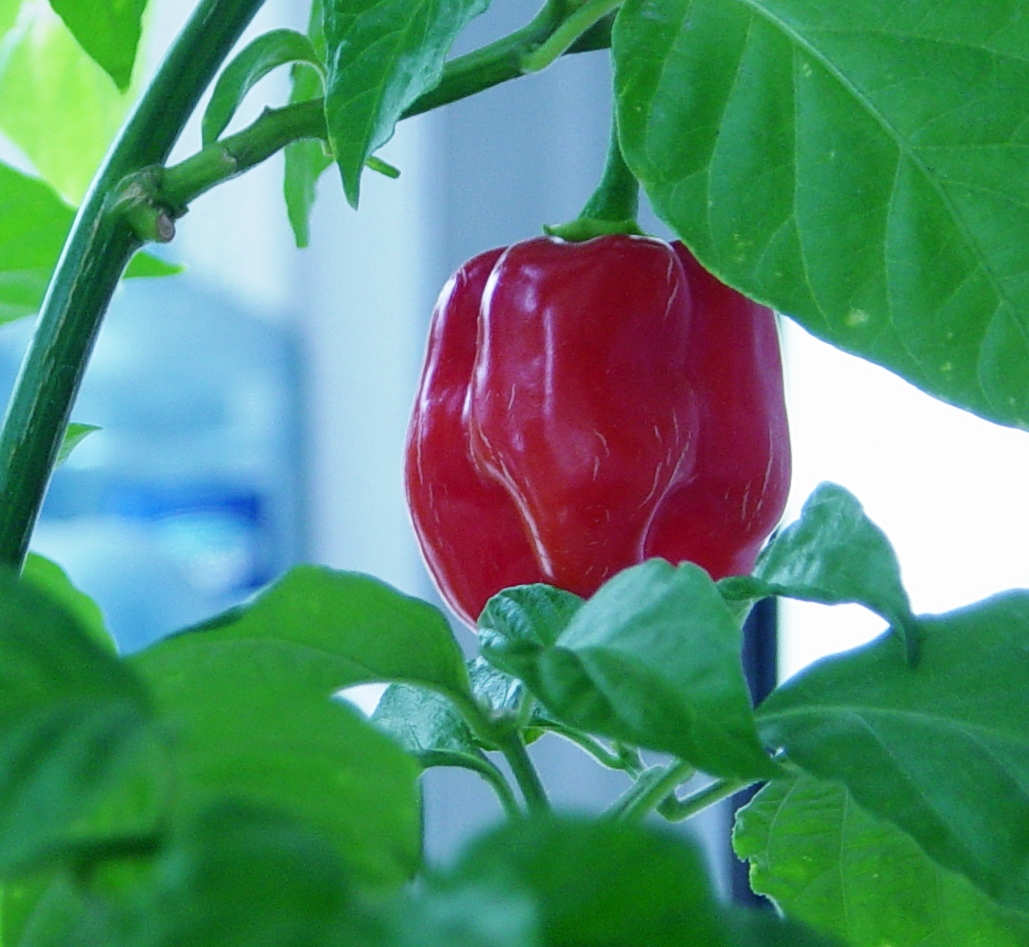 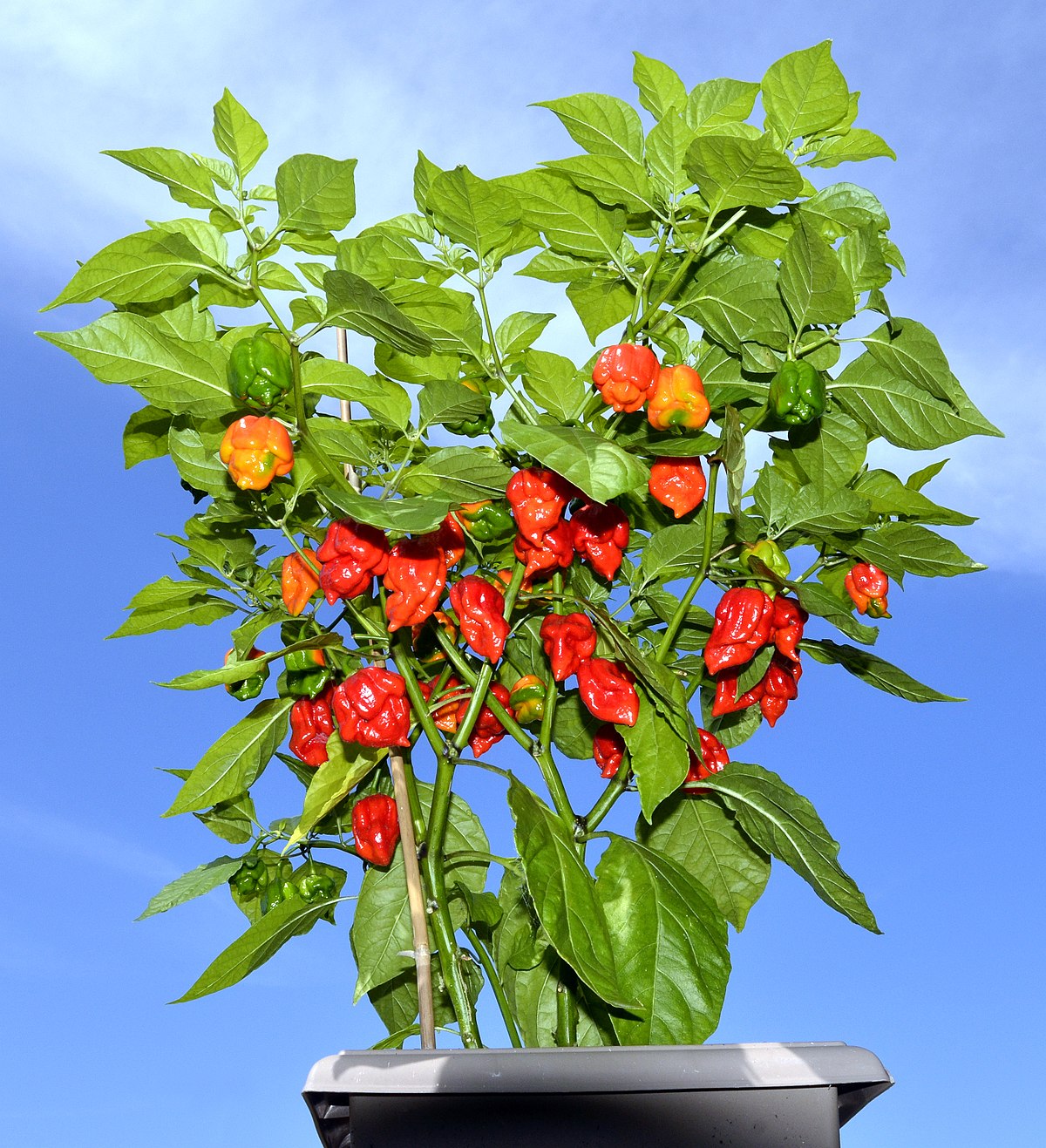 I found this article helpful. They define superhot as 1 million scoville or higher.

The history chapter of the article seems to imply that all of todays superhots descend from the ghost pepper.

What confuses me is in the list on the wiki article, some are listed as hybrids, while others as chinense - but overall I read the article as saying that all of these varieties are really just ghost pepper descendants.
S

Maybe the evidence is circumstantial.

- Ghost pepper had existed for a long time in India.
- Only after ghost pepper seeds became common outside of India - about 20 years ago - other superhot varieties were developed.

Extreme Member
You are correct. All superhots (peppers with capsaicinoids produced in the pericarp rather than just placenta) are chinense with an introgression of frutescens genetics.

This is the paper which proved it (and invalidated the erstwhile assamica).
Last edited: Oct 28, 2022

Extreme Member
The relation between the Indian and the Trinidadian superhots is unclear… but they both have that introgression from frutescens which enables the broad capsaicinoid production. They could be independent events, or one group may be the ancestor of the other.

Extreme Member
I should provide the minority view as well. A number of researchers insist that superhots constitute a separate species, Capsicum assamicum (see bora.pdf).

This is a matter of lumping vs splitting, so there isn’t an ultimately correct answer, but the majority of researchers, and the new monograph, do treat superhots as described by Bosland (a chinense-dominant, interspecific hybrid; see bosland.pdf).

It would make more sense to me that the Indian and Caribbean super hots developed independently rather than a Caribbean pepper making it’s way to India, being developed into a ghost type, and then making its way back to the Caribbean and being developed into a scorpion type without leaving ghost type ancestors behind in the Caribbean.
Besides that, the plants and fruit are completely different - they seem more like branches from a common ancestor rather than one coming from another.
Besides that, I am neither a geneticist nor a botanist so…..
Speaking of who made who, are scorpions just an offshoot of 7 pots? Is there any speculation on what the original super hot was?

thoroughburro said:
You are correct. All superhots (peppers with capsaicinoids produced in the pericarp rather than just placenta) are chinense with an introgression of frutescens genetics.

This is the paper which proved it (and invalidated the erstwhile assamica).
Click to expand...

I might be missing something in this paper. When you say all superhots,are you referring to all that they knew of at the time this was written? Or is there another paper?

I've skimmed the monograph and focused on areas of intetest. Today I read the key for C.chinense but I do not see where they treat all supers as this interspecies hybrid. If you could point me in the right direction I would be grateful.
Last edited: Dec 7, 2022

Extreme Member
I don’t think there is a more recent paper… or if there is, I’d love to know about it! From a researcher’s perspective, the many superhots we enthusiasts fret over are not meaningfully different from the “original” bhüt jolokia: they are all notable for the exceptional capsaicinoid concentrations enabled by the interspecific hybridization described in that paper. I’m hopeful there are pepper-obsessed researchers looking into all the interesting follow-up questions…

It is important to note that there is no indication whatsoever that this frutescens introgression has anything to do with the superhot phenotype. It is most likely nothing more than a coincidence. The superhot mutation could even have originated before that introgression.

Extreme Member
Really? I was under the impression that the frutescens introgression is credited for enabling capsaicinoid production in the mesocarp, rather than just the placenta, which is what enables superhot capsaicinoid concentrations.

Annuchin said:
It is important to note that there is no indication whatsoever that this frutescens introgression has anything to do with the superhot phenotype. It is most likely nothing more than a coincidence. The superhot mutation could even have originated before that introgression.
Click to expand...

I could get onboard with this. Trinidadian superhots are much different in my opinion. Indians have a very different seed layout, and leaf shape is more similar to frutescens also. Not willing to die on any hill without atleast some sort of research.
You must log in or register to reply here.

chinense Is there a favored Mexican orange habanero?