Business Member
Mods/Boss delete this if you want---


A few days ago I saw a post from Baker's Peppers on a Facebook Chileheads group.  I decided to post here as THP has many new members who may not know about Dale Baker and Baker's Peppers.


Dale Baker and Baker's Peppers what a THP member for a few years, ended up getting banned for several reasons.  Others may fill in details on this, but generally, he was a scheister who didn't fulfill orders, sent moldy peppers, borrowed money from a THP member and never paid it back...and some other stuff.  I had a personal interaction via PM that was totally inappropriate on his end.  Still have the PMs.

Apparently, he was recently banned/deleted from the Chileheads group moderated by Al 'Buddah' Goldenberg and Jim Duffy.  I have had several transactions with Jim Duffy and while he can be abrasive to some online, he has always been straight in our business dealings, which have included 400+ pounds of fresh superhot chiles in one season.  I know Al personally and he is a very tolerant, very upstanding person and a total supporter of all things chile related.  To see Al ban someone speaks volumes.

Latest post on the bakers FB page is offering boxes of peppers and talking about getting banned by Al.  Just wanted to post a word of warning for our new members.  Do NOT do business with Baker's Peppers! 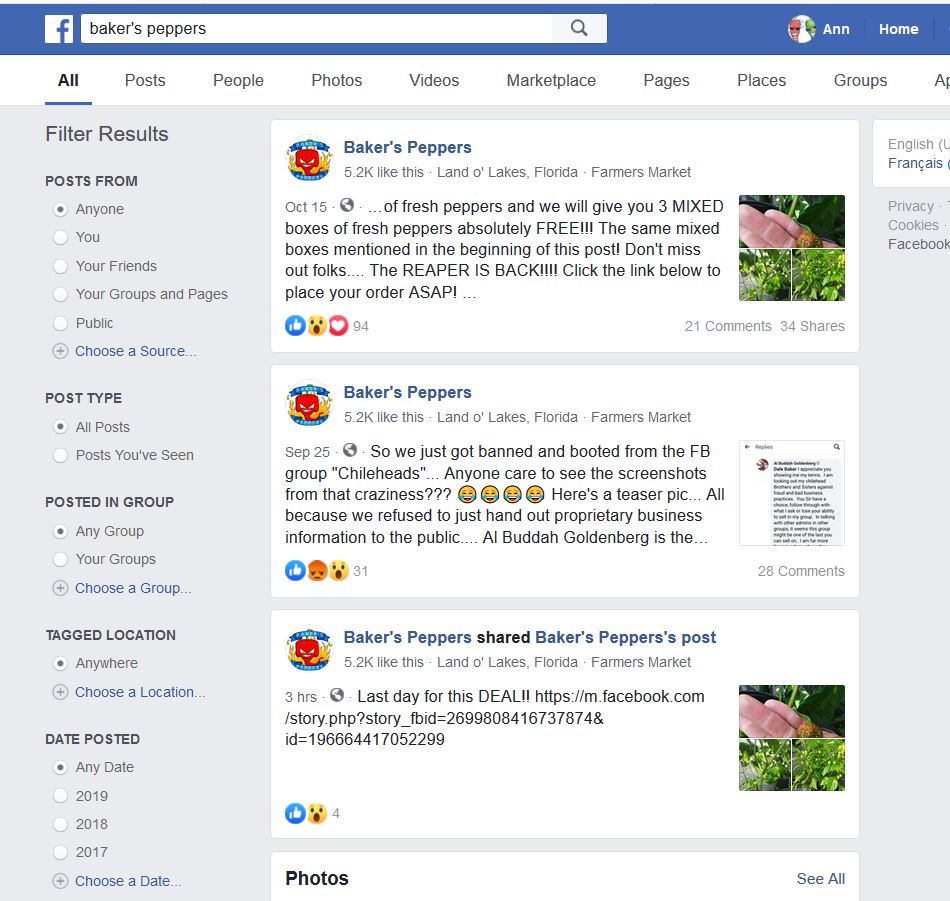 Even a Buy 3 Boxes, Get 3 Boxes Free offer!  When something sounds too good to be true..... 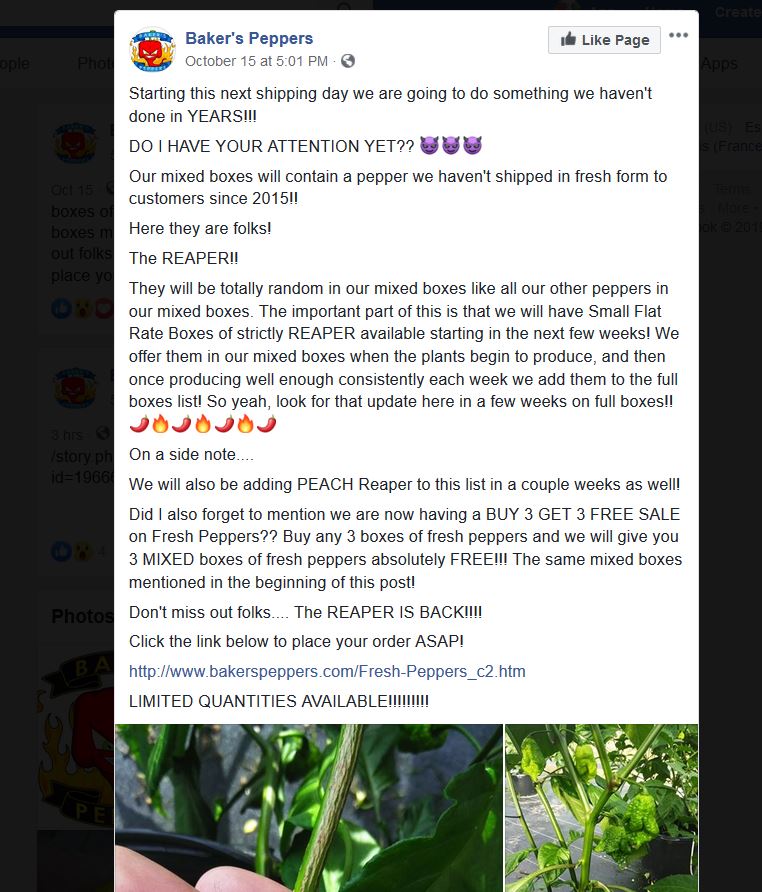 salsalady
PureEvilProducts
The Chile Addict's prayer-"Lord, grant me the wisdom to know it will be too hot, the courage to eat it anyway, and the serenity to accept the pain that follows. Amen"
PepperPeopleRock!
Sort by date Sort by votes

Extreme Member
Eh ADRUNKK, I bougth several kinds of seeds from Baker Creek, up to now they always had great germ rate and grew true to type, except for a sunflower variety that was suppose to reach 5-6 feet tall, ending about 10-11 high!!! No problem there, the bee "beacon" was just much more effective

"You are not special. You are not a beautiful or unique snowflake. You are the same decaying organic matter as everything else." - Tyler Durden
Upvote 0 Downvote

ADRUNKK said:
Thanks to both of you. I feel better about making a purchase from them.
Click to expand...

Looks like you got your answer already but I'll still add that I ordered from Baker Creek last season and had no trouble at all.
Upvote 0 Downvote
You must log in or register to reply here.
New Posts