Extreme Member
Is he edible too?
AHayastani's GLOG 2022 :: The "OTHER" Files

In France and Belgium they eat Frog legs. It is considered a delicacy.

I don't think they eat this type of frog, he's pretty little.

I only ate Frog legs once, found it very disappointing. Hardly any meat on them

Frogs and toads that live in my front yard are free to live a prosperous life. If they make it to the back yard though...I keep an eye out for two types.
Cuban Tree Frog which is poisonous and the invasive Cuban Tree Frog.

The terrier instinct of my American Staffordshire's come out and if they don't get them I expel them from the yard. The regular treefrogs I see at night will live to see another die but the others......

Seeing if I could get more of the plant in focus. Extreme Member
Great looking leaf and pods pic. Where did the frog go?

Life is like a plate of superhots: What you do today will most likely burn your ass tomorrow. 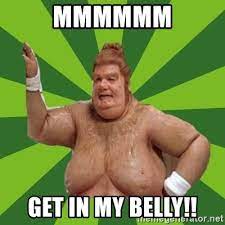 Yes, where did the frog gooooo??

Extreme Member
We had a crabapple tree, on campus, that had the first crotch rotted and hollowed out. Every night there would be over a half dozen tree frogs, sometimes over a dozen, that would emerge from that hollow and crawl around on the oversize windows of the dayroom, eating whatever they could catch.. After a little singing in the tree. Changed my perspective on tree hollows, to say the least.
There were a few people in there who would kill other animals, for whatever reason, but no one messed with those frogs.
Muta sicut vulpes
Public Capsicum Library Collection

Downriver said:
Great looking leaf and pods pic. Where did the frog go?

I went out last night to check for hornworms with my blacklight - both frogs were hanging off the bottom of pods, bugs flying all around.

I hope they stick around until the pods turn colors, that'd make some good pics.
Last edited: Wednesday at 1:10 PM C
shopping Are there any respectable places to get Carolina Reaper seeds or plants from Northern Illinois?

Y
seeds I am looking for Capsicum Tovarii seeds