Tough year for growing. First cold with powdery mildew hits than hot, then cold again. Right now we have another of mid 30s heat which is affecting blossoms and new growth. I had most of the peppers just drop their leaves. So spent the month of June heavily fertilizing. I have new growth but I think I am going to have to keep up the fertilizing as I'm behind in growth. Annums such as Hungarian Hot Wax and Mr. Nardello are coming out early. That was to be expected. My personal landrace of Scotch Bonnet and Monkeyface peppers along wall with Hungarian. Mr. Nardellos and Biker Bill Jalapenos struggling on the inside. Note: BB Jalapenos hate it here. I can't do anything right by them. Does not want to grow here period. Will be looking for a different jalapeno next year. 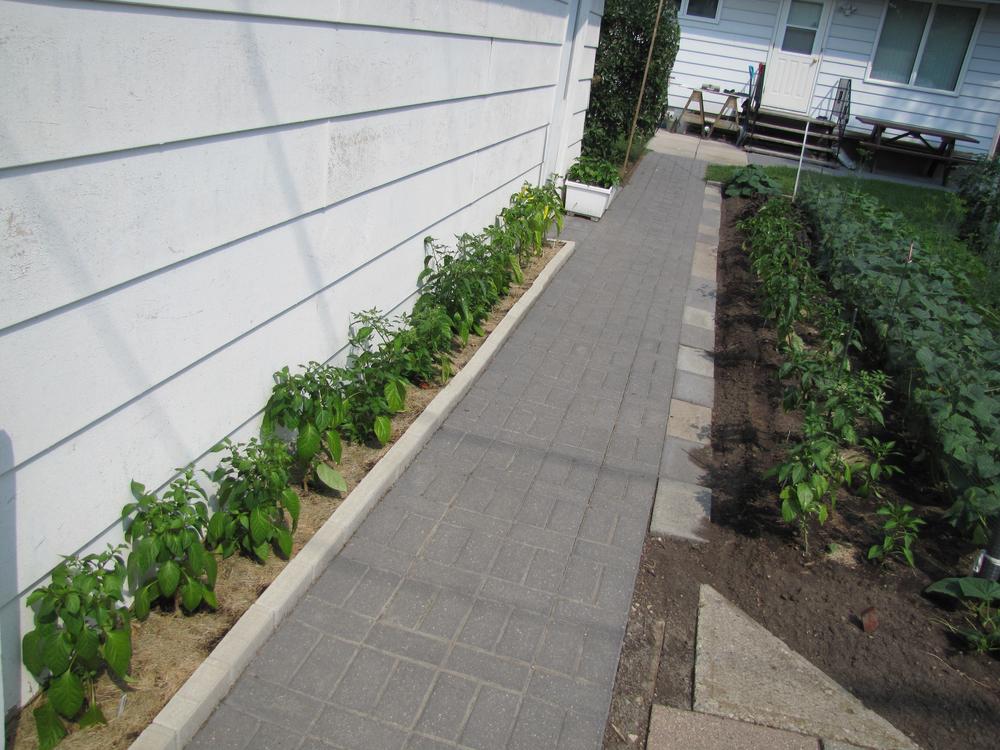 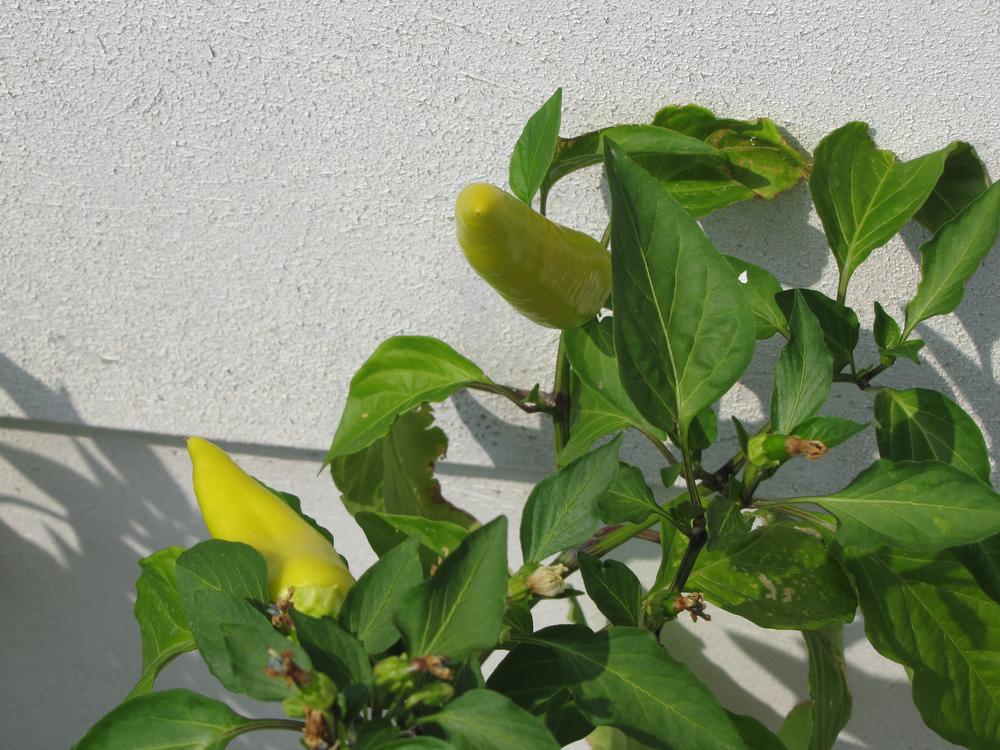 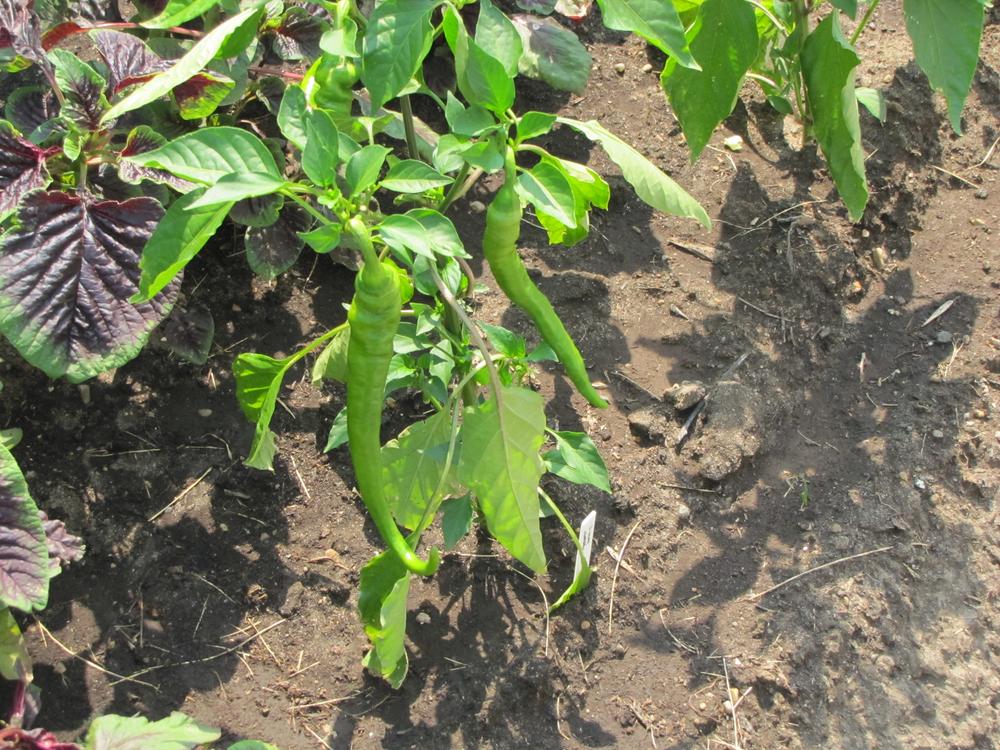 I said adios to the elder to make room for the pepper pocket. The stones underneath give me more even heating than where I had the pots last year... 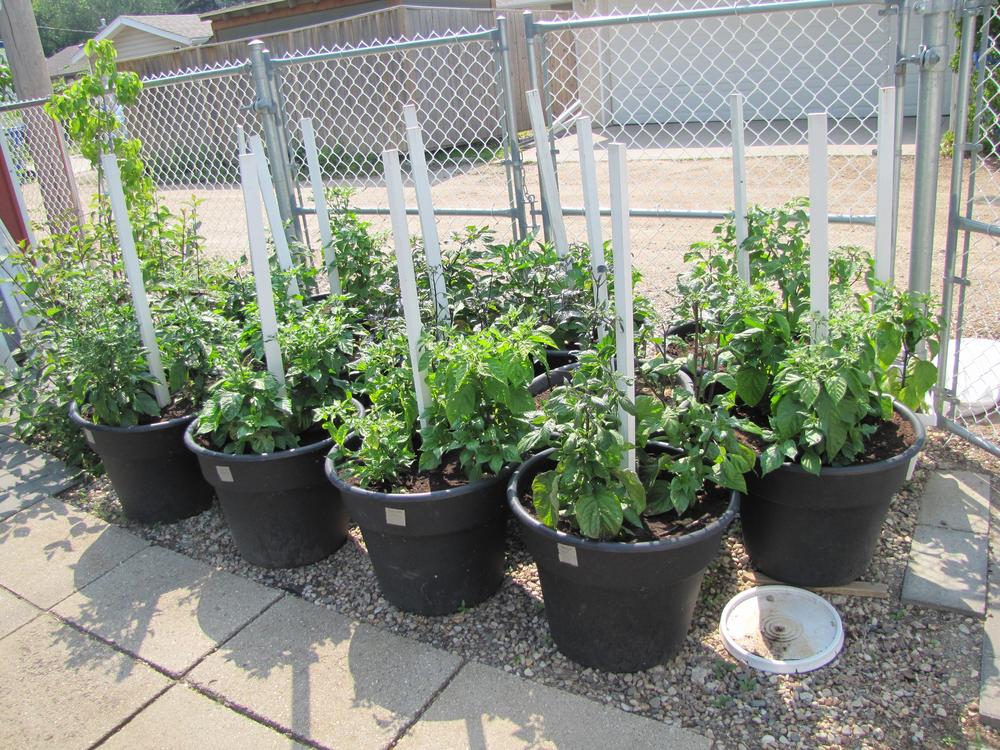 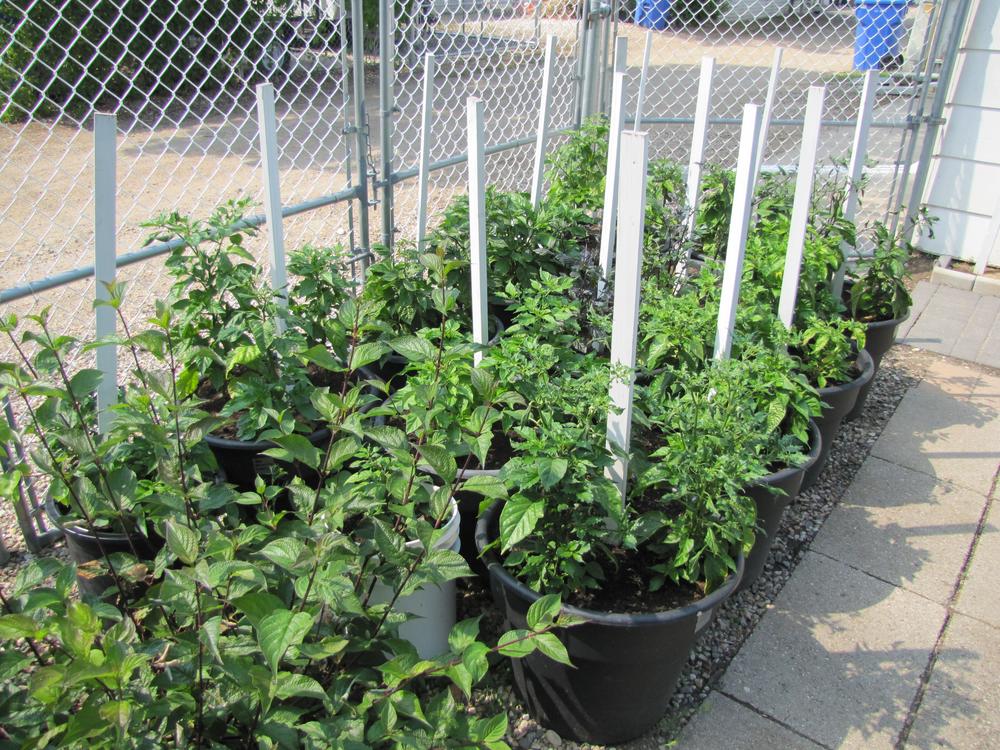 Extreme Member
It's funny you said that I couldn't grow them the first two times I tried always seemed stunted then Alabama Jack and Chris sent me seeds and both sets of seeds grew well and I had a dozen plats that year.
As for other variety's try Vaquero great jals plenty of heat and grow as do the Lemon Spice and thx to Skullbiker I've found out the Orange Spice has a great flavor and is proific to.
May the Naga Sauce..Be In You

Extreme Member
Sweet garden set-up, Zip! Your plants looking very healthy
despite the ups and down of the weather. Hope to see you
rollin' in pods soon.
Every Pod a Victory! Life Force is Strong! \O__
Links to all my grow logs here.

Thanks guys. Talas, I was originally looking at Orange Spice but BakerCreek sold out of them before I got any. The alternative was Biker Bill.

Despite giving me grief, it was hands down the sweetest jalapeno I've ever grown. You could just go at them raw off the plant. However they took a full month longer than traditional green jalapenos to finish. I thought the sweet finish would translate well in pepper sauce. In truth, not so much. If I grow again it will be raw fruit/salad use.

This year I took another crack at growing a chocolate habanero. Pretty much a waste of time as they just don't like cooler nights but I was able to get about a couple dozen off of three plants. I made them into powder. I got about 1/2 ounce or so? It is second only to a fully ripe Urfa Biber. Very nice powder. I see why people like it. For me in this climate, pretty much a wash but you learn as you go.

This year I had a few mutants from Justin at WHP, the yellow Scotch Brains had a red variant in the mix as well as the Bahaman Goats. I might go the extra mile next year and order "isolated" seeds next year.

The Bhutwreckers just over produced. Same with a yellow Carolina Reaper. Just oodles like you see with the kratky setups, except without the kratky. lol Seeds are freaking huge on the Reaper. I wish I liked the taste more as they are definitely in tune with my climate. Super bushy plants, heavy foilage and thick meaty skinned peppers. They also keep fairly well compared to other varieties. Probably has something to do with the thicker skin.

I left my cayennes until the end. I am still looking for hot sauce recipes.

Thanks Paul, I am getting a little better at reading the plants for stress and fertilizing later into the season. The plants still don't look as good as yours do but I don't think mine have as many warm nights to work with.

I tried several different recipes this year but wasn't happy with any of them. I did repurpose a so so scorpion pepper sauce recipe and found it pairs very well with homemade sour kraut. The acidity of the sauce works very well with kraut. And you only need a half a teaspoon of scorpion sauce for an 8 oz jar of kraut. A great way to start the day. The heat wakes you up better than coffee. Everyone I've given my thunder kraut to liked it.
Last edited: Oct 24, 2021

You might consider growing Paper Lantern Habanero. Not a scorcher by any means, but it is prolific and I've found it to be one of the earliest ripening chinense's I've grown. Might come in handy in Zone 3.

Speaking of Zone 3, how long of a growing season do you actually have?
Life is like a plate of superhots: What you do today will most likely burn your ass tomorrow.

I tried paper lanterns a few years ago. They do mature earlier. Last frost is around the 28th of May. First frost is usually 12th of September. If you count nights above 10C for exotic varieties, add another three weeks to about mid June to start the growing season. That roughly equates to about 80 to 85 day pepper grow span. If protected and in pots I'm able to get about 90-95 days of growing time.

Sorry guys I've was dealing with some prostitus issues and took no pictures of the '22 summer season. So I'll cram everything into one post. It was so so. The season was a sea-saw. One week blistering temperatures and the next week at or near frosts for nights. All season long like that. Not good for peppers. Growth was easily 2 weeks behind in ripening this year. The cool nights also made the inside of many peppers black which I haven't had for a few years now. So I ended up losing many peppers. Some could be salvaged but many just went mushy from the insides out.

That said Justin at White Hot Peppers gave me some peppers to think about.

The Moruga X Jigsaw Gator cross had brutal heat. And good production. And good pod size. For the crazy person who chases heat, grow it again.

The White Moruga was its own production factory. So many pods. Taste was meh. I got a lot of Bhut taste out of it.

Justin's version of the Chocolate Hab was interesting. Tempermental plants. Nothing like another seed source I had earlier where plant vigor was excessive but super sensitive to cool nights. Justin's seed source handled the cool nights better which was fortunate because I had a lot of them this year. Most importantly, the plants matured about 5 days sooner than my other choc. habs so I actually got ripe peppers!! Will be a default powder variety in the years to come.

I was impressed with his Bih Jolokia X Sugar Rush Peach. Nice sweetness. Nice heat profile. Not overly floral. I'll be stocking up on those seeds again! I have ideas already rolling in my brain for next year.

Speaking of brains my Scotch Brains were all over the place. Different sizes, shapes, and colours. I've never ordered isolated varieties because I never had to. Until this year. I will be ordering isolated seeds from now on as I make a sauce out of these ones and reds throw the acidity off somewhat.

Now back to grinding powders and sauces. My lungs will be happy when this is done.
You must log in or register to reply here.