My more intense peppers are starting to ripen. Here's a pic. Next year I'll do a grow log like the veterans here do. 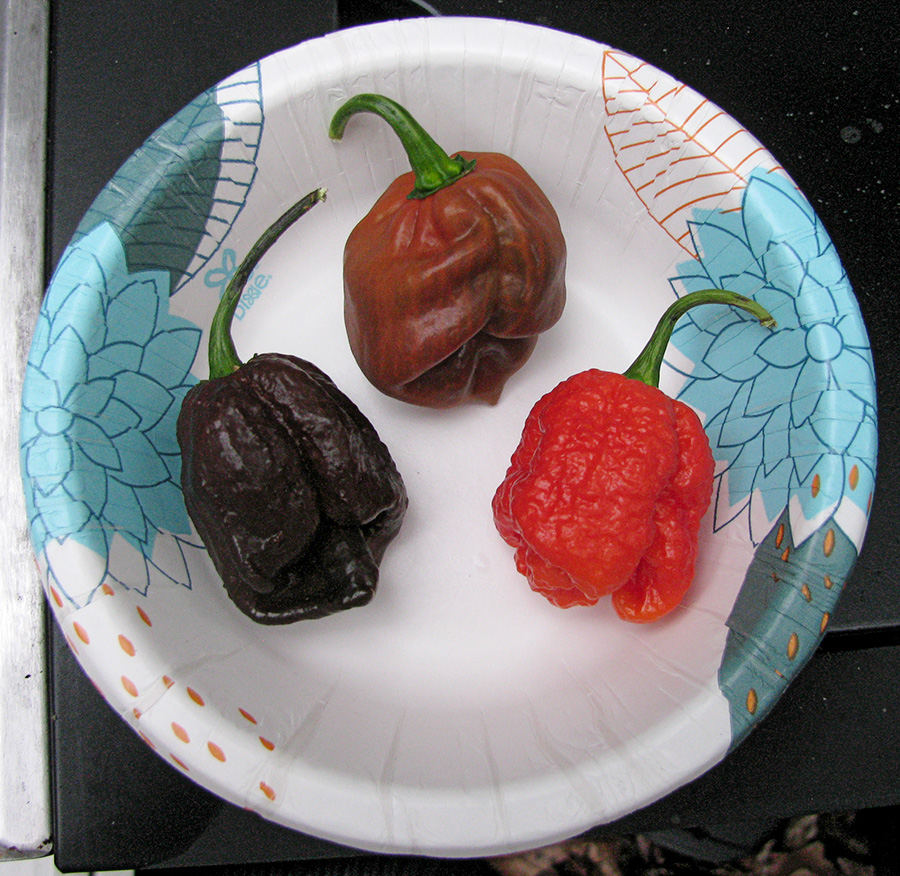 Well, the season is winding down... my season anyway. I've developed a case of Achilles Tendonitis (been to the doctor) and was told to get off my foot as much as possible, ice it down when I can, and take my prescription Naproxen. I harvested as many pods as I could today for powder and sauce. In a couple of days, I can probably get half as much again of these three, then that is it for my pepper adventure this year. I'll get my foot healed and think about what I'm going to grow next year. So far, the only pepper I know I'm going to grow is a Death Spiral from Texas Hot Peppers. I still have a Rome Jalapeno plant in my basement growing for winter peppers, and I cloned the scotch bonnet about 5 weeks ago for next year. I have never done a cutting before, but it has sprouted roots and seems to be thriving in a one gallon fabric pot with coir/perlite. Here's a pic since the colors are so nice. 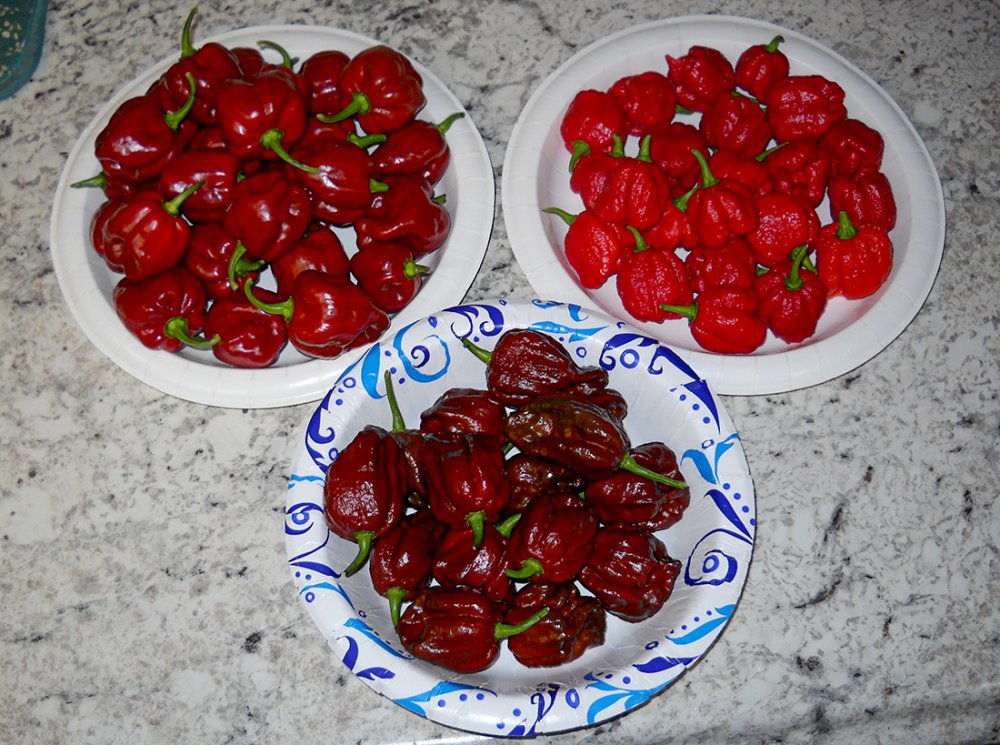 Bottom: BBM
Left: Scotch Bonnet Marabella Market Caramel
Right: This was supposed to have been a Mustard Moruga Brain from Pepper Joe. This is the second grow from this seed pack, and it's not what is supposed to be. I think what I have is a BTR Scorpion, which PJ also sells. It's downright mean hot, the hottest pod I've ever grown.
Last edited: Sep 18, 2021

Extreme Member
That's a great harvest shame about the few that where wrong but at least the subs look fantastic and you can't beat a few bonnets in a grow ever.Nice Harvest JG.