Hey guys, here's the latest recipe from my blog, copied over for your enjoyment:

Hey there heat eaters, it's nearing the end of another month so it's time for another spicy recipe.
Recently, these have been part-chinese fusions but I'm taking a break from that today because someone, somewhere said “cornbread”.

Yes, sometimes that's all it takes to inspire me. A single compound word.

The flavour from cornmeal, though, would be far better suited to a little burst of fruitiness from a red jalapeño, cherry bomb or similar pepper. Or perhaps to the yellow stage of the aji amarillo we talked about last month.

But that's not what I'm going for here. I'm looking for something that will not just enhance the cornbread but also its relationship with other foods. And, when it's served so commonly as a barbecue side, what better option is there than a rich, savoury, nutty and slightly cherry smoke tasting pequin?

Or rather, a heaping tablespoon of them, given their size.
These less common mexican peppers are absolutely tiny but they're also full of both flavour and fire.

Officially they average around fifty thousand scoville units but the general consensus seems to be that they taste a bit above, with a late and rather fleeting heat below that of a standard habanero. But not by too much.

Given that I agree with this assessment of their heat, it would make for an awfully strong recipe if we were to just crush them into the bread. And it would also ruin the texture.

No, we're going to be infusing them into oil instead but, before we do so, there's something else that will really help keep our cornbread on the lighter side. Not that any cornbread is really that light.

We're going to soak our cornmeal in buttermilk. Or, if you can't get any (like me), in a mock buttermilk made from regular milk and lemon juice, just like I did back when I made my chipotle cupcakes.

This is going to need: 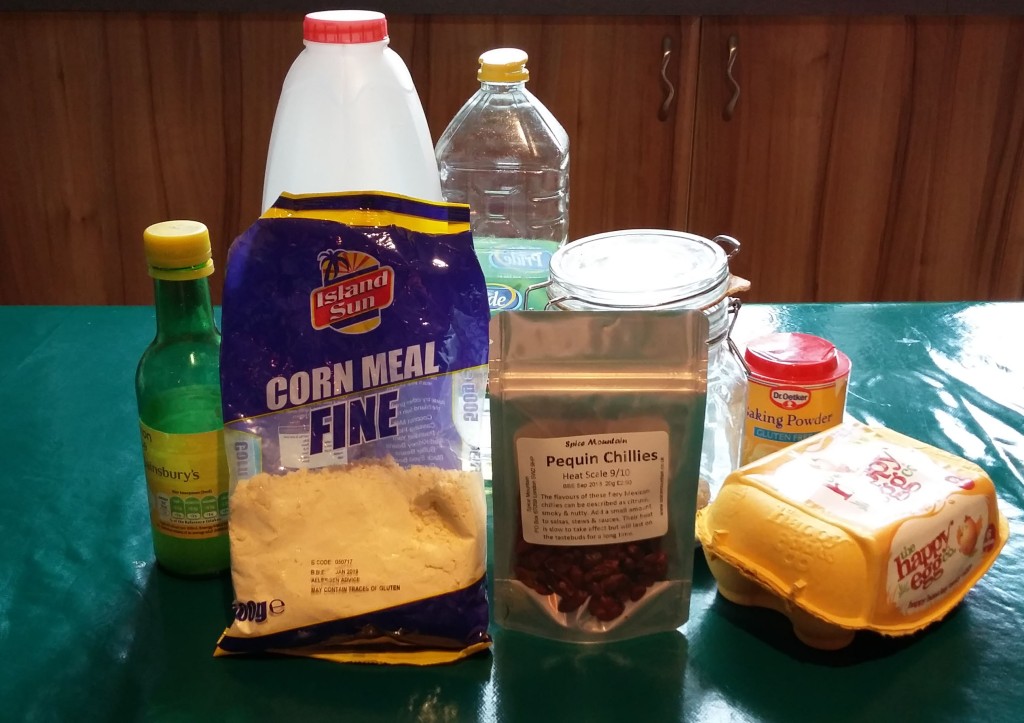 Sadly, because of the compromises we've had to make to get the right texture, this isn't a spontaneous bake and we're not getting the absolute maximum flavour out of the corn.
For the greatest flavour, you'd actually want to lightly toast the coarsest of stone ground cornmeal but that makes this recipe far too grainy for my tastes.

And, to soften up our finer corn, it's going to have to sit in the buttermilk, covered, overnight in the fridge.

If you don't mind the texture, by all means use the coarser corn but you'll still regret it if you don't soak it.

Moving along, though, it's time to make our chilli oil. I picked this over butter because it's so much easier to infuse but, if you want, there are a few substitutions you can make here.

Got a favourite chilli oil you think will work with the corn? No need to make your own then.
Have the time to go the extra mile? Try infusing butter instead, like I did for some rather special brownies last christmas. Most cornbread bakers agree that it's the superior fat.
Don't have the time but still want to butter it up? I hear Burning Desire Foods sell some pre-infused chilli butters you could use. Not that I've had chance to try them myself.

But, personally, I'm still thoroughly in favour of working with pequins. Especially once my oil begins to warm over a low flame and they start to give off a rich and earthy aroma that's ever so slightly reminiscent of bacon. It's just so appetising! 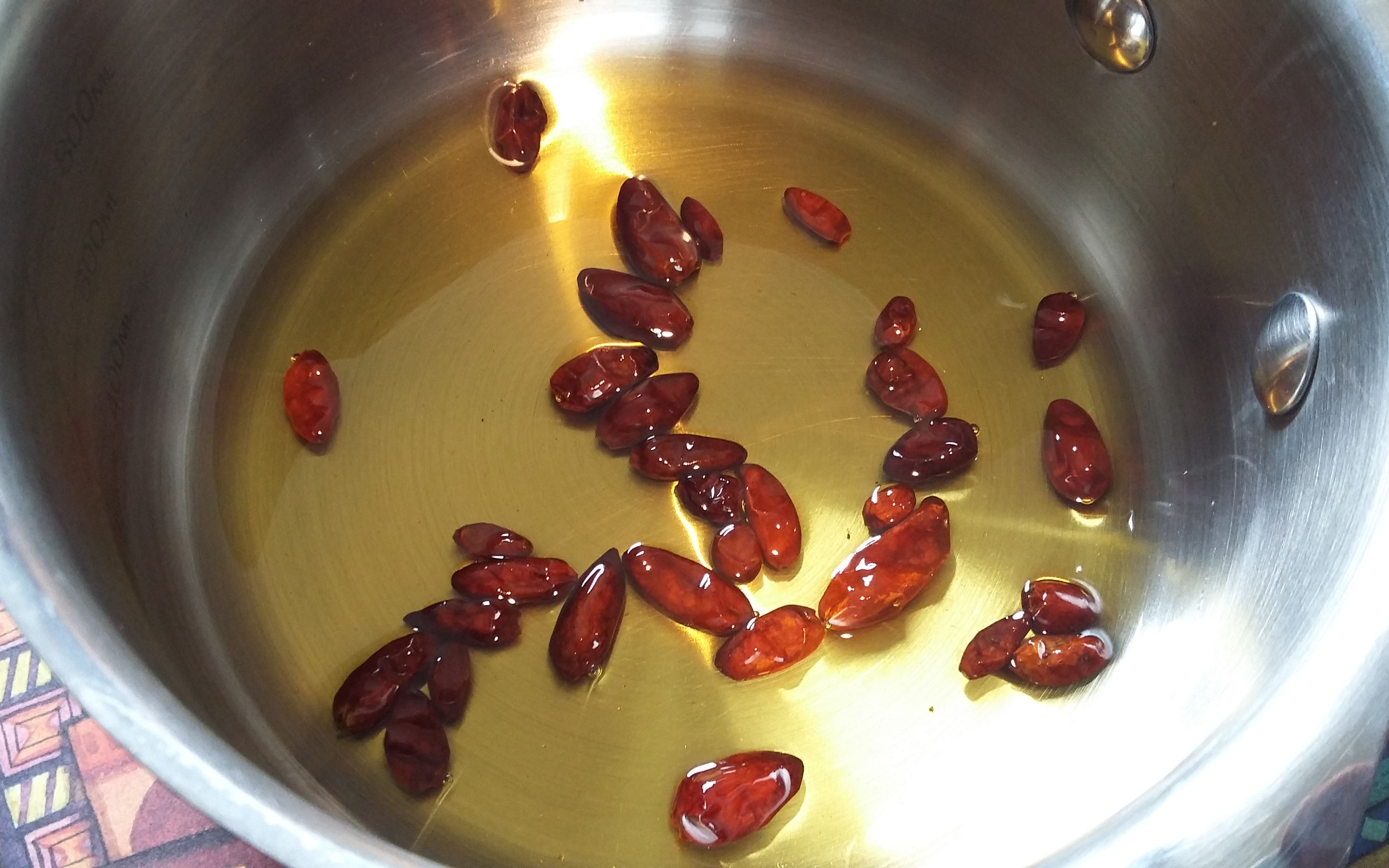 So, for my version of this dish, we're going to keep heating them gently and removing them from the heat if they start to sizzle even slightly, just like in my Mapo Tofu recipes, until the point where the oil no longer picks up any more of their colour.
At that point, it's gained most of the flavour its going to and the rest should infuse as it cools so we can simply set it aside and get on with the body of our bread.

For that we're going to thoroughly beat two eggs, then combine them with the salt, sugar, baking powder and remaining fifty grams of cornmeal.

Many will say that a cornbread shouldn't be sweet but the small amount of brown sugar we're adding will only bring out that side of the cornmeal a little. It won't turn it into a cake or keep it from being a part of your main meal. Trust me on this.

Next, thoroughly recombine the cornmeal and milk mix that you've had sitting in your fridge and, when you're sure that your oil won't cook the egg, combine all three. But do pour the oil in through a sieve. You don't want any whole chilli surprises.

Finally, when that's all blended together and the oil isn't seperating out, transfer it to a greased and lined cake tin. Bake it at 180[SIZE=medium]°[/SIZE]c for three quarters of an hour and it should come out nice and golden: 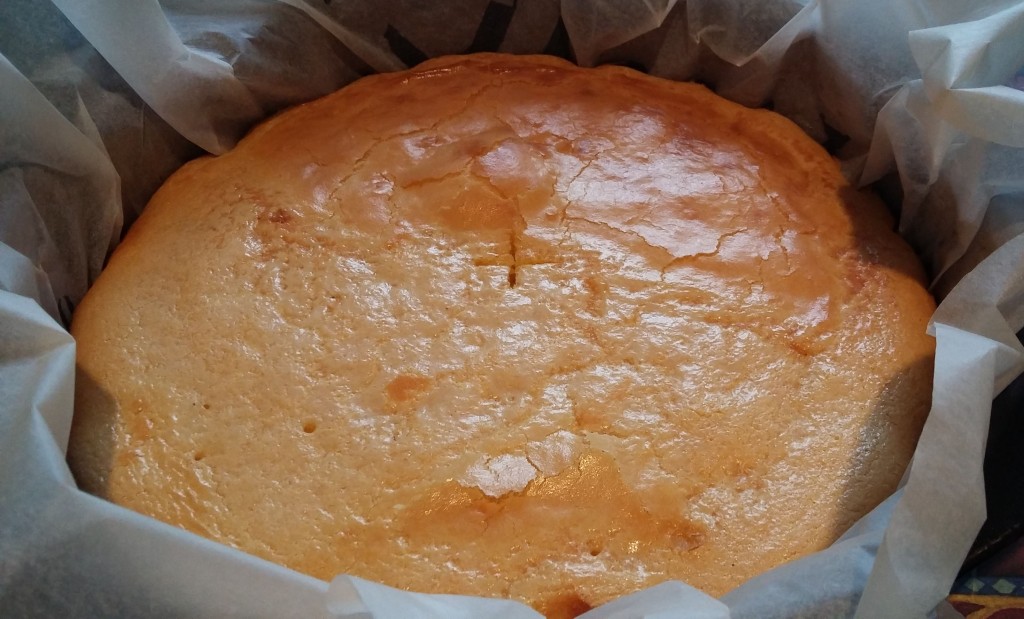 And it should possess a low medium
[SIZE=300%]2/10[/SIZE]
[SIZE=300%]Heat[/SIZE]
that won't be immediately obvious but should grow in the throat after eating a bite. Assuming, that is, that it's served then and there.

A day or two later, I found that the heat in my creation had all but disappeared, leaving only a mere one.
So go ahead, eat it while it's hot.

But the heat isn't the only thing that comes in slowly. While there's a little hint of it beforehand, the bulk of the slightly smoky, earthy pequin flavour comes in with this dish's fire, making it quite late to reach you as well. You might almost think it was normal cornbread at first.

[SIZE=medium]And no, sadly, that flavour isn't quite as powerful as I'd first hoped but it's definitely there and it'll definitely help the bread pair with barbecue food. Which was what I had intended all along.[/SIZE] 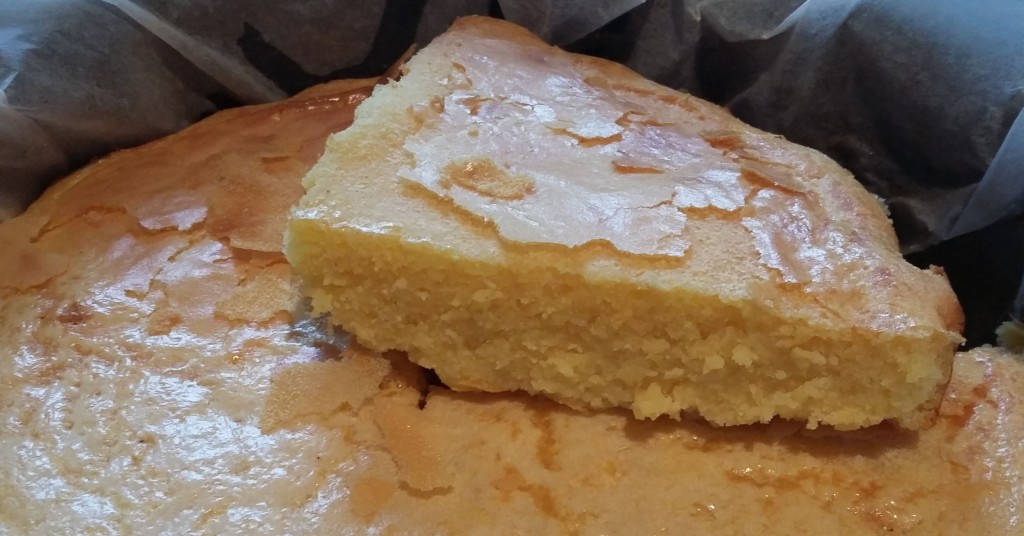 [SIZE=medium]But, before I close out this post, I'd like to bring your attention to one last little detail. Cornmeal is naturally gluten free and so is every other ingredient I've used. This is something I both can and will feed my gluten intolerant friends but, if you're doing so, do be aware that some baking powder brands use wheat flour for bulk.[/SIZE]

[SIZE=medium]Be sure to check the ingredients of your ingredients if the gluten content matters.[/SIZE]
Click to expand...

Awesome, I love this idea! Going to a boucherie up in North Carolina this weekend, I going to have to try this with butter.
And I always use a mix of cornmeal and AP flour, makes it nice and fluffy...but I'm not worried about the gluten intolerant folks.

Nice from scratch recipe. A few years ago we had a division covered dish get together for work. I just used an off the shelf box of cornbread mix. I forgot what kind of peppers I used, but they were pretty hot, and sprinkled chunks of them throughout sparingly. I put a sign on it warning people, but I called it 'Cornbread Roulette'. Some pieces had very little heat, others would light you up.

Looks delicious I may have to try this out!!
You must log in or register to reply here.

1st Burger in over a year