Problems with my plants-twisting, and other issues

So.. This has been going on and off for a while, twisting leaves here and there on new growth, and my plants are signaling signs of multiple micro and macro deficiencies.

Things to note: they are growing in Ocean forest + lots of perlite added, ocean forest which has a lot of organic matter and is relatively hot, and has lots of peat in it(acidic).
They have stunting/twisting on some/most of the newer growths as it has been growing, and some of the leaves have a chunk out of them or grew malformed (reapers).
Also see the picture of the brown crunchy hole-looks like manganese Deficiency to me (those holes are only on the reaper plant).
Mottling on some leaves, and light spots when I hold it up to light and look at leaves from backside. I have also had an issue with white saporophytic fungus since the moment I started using that soil no matter how much I let them dry out, have two fans blowing on them, etc. I've been watering them solely with ro water but will be adding calmag I just bought. There's also no lime in that soil too (wishing right about now I mixed some in!). The soil retains more moisture than I'd like and I've been keeping watering in check (let get real dry then hit em).

My thought is either some pest down below I cannot see, or ph being low, I have a tester that ph's water and nutes and stuff but not sure how that accurately can translate to testing the actual soil ph. I have GH flora series I have not used yet, but thought as hot as that soil is I shouldn't need it til after a month. Shows signs of calcium deficiency as well and mag, but wondering if that is because of ph lockout or a true deficiency. Have a few relatively newly potted in 3.5"'ers that are yellowing on the veinal areas while interveinal is still green, and on my bigger plants (the early jalapeños) just the opposite on a few leaves.. Some yellowing of lower leaves on a few as well (early jalapeños). Any help greatly appreciated as I'm losing my mind and getting really bummed at my wits end. 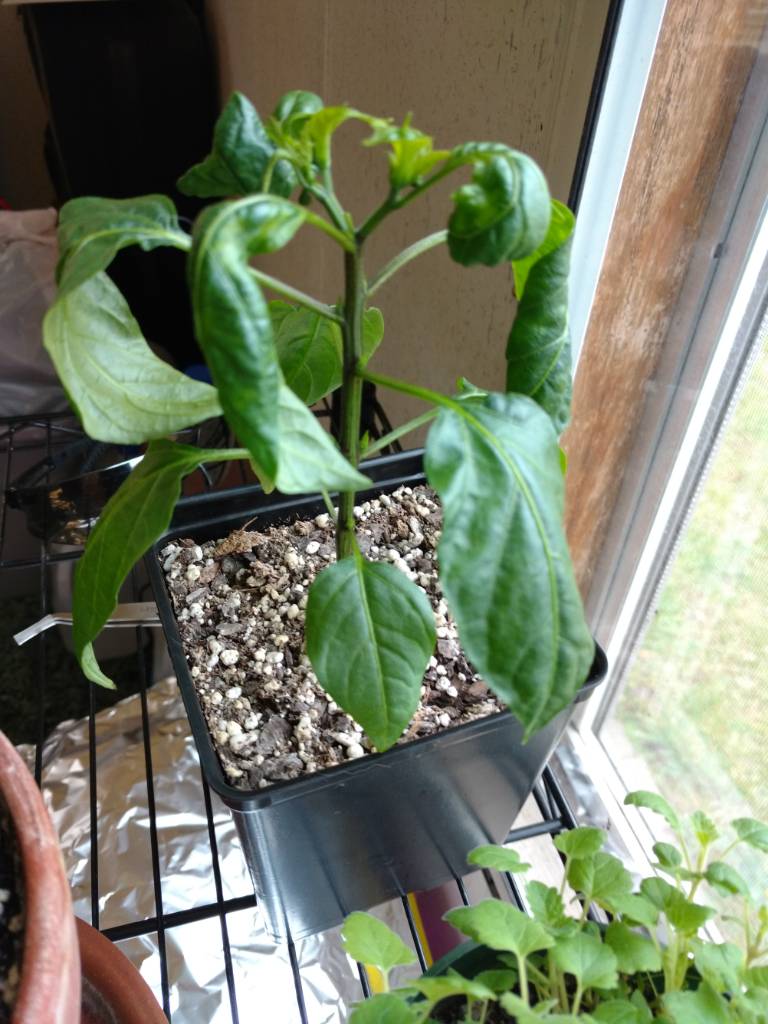 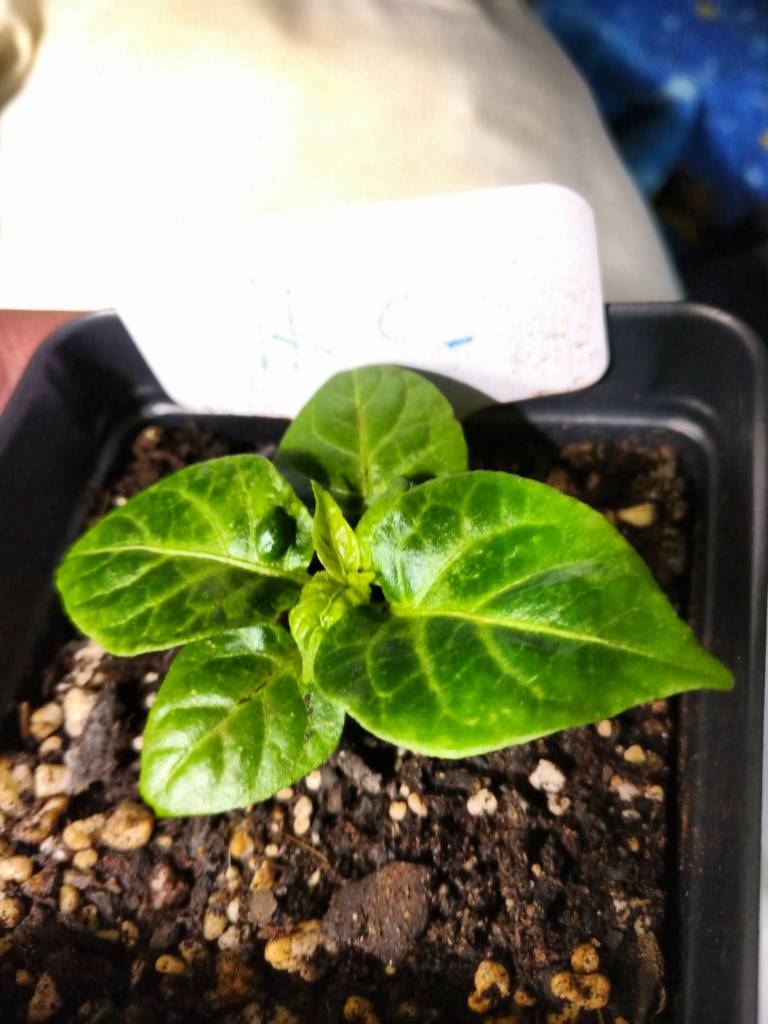 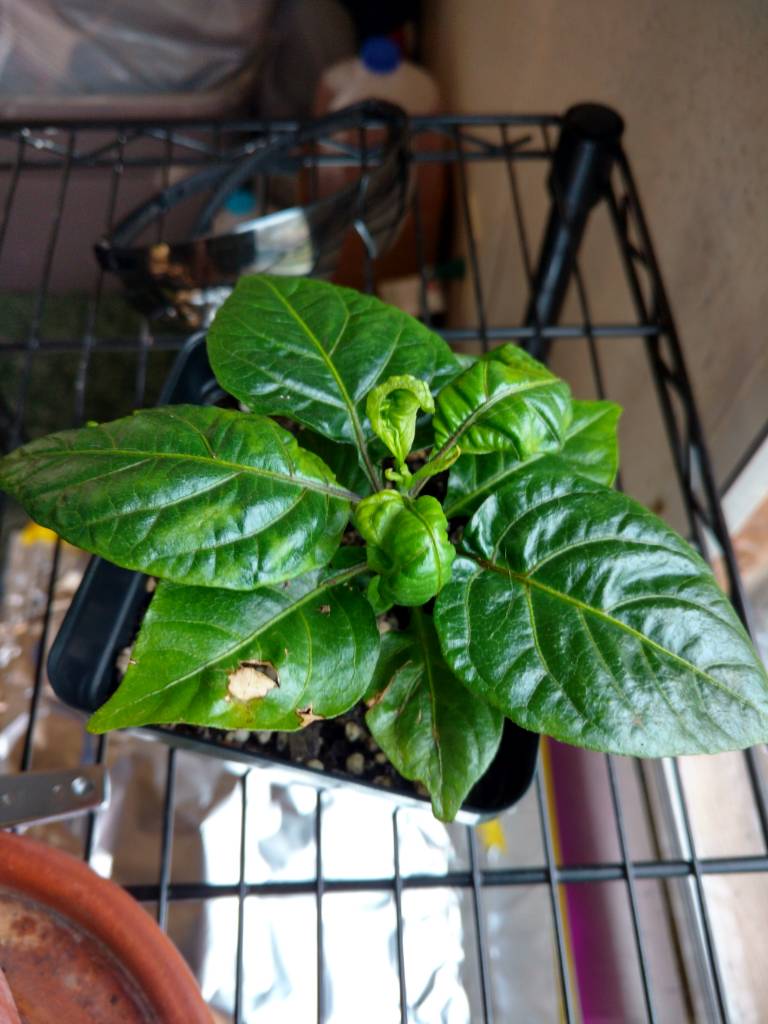 Super fearful I could have aphids as I had a fungus gnat issue in the beginning on my first set of seedlings and was overwatering + the fungus on the plants from the ocean forest was giving them a food source. They are mostly under control as I only see one flier every other day or so and kill it (hope those aren't winged aphids coming from the soil as they appear from nowhere, but so do the gnats-original soil was infested) but I know they can be easily confused for a winged aphid (I verified the gnats in the beginning by their size and their nasty larvae) but I've been doing some more reading and read that aphids can cause all kinds of odd deficiency looking symptoms looking like mg and Calcium deficiencies. I'll post this in my GLOG maybe I'll get some more views/help. Worried and bummed as I've put so much time/$ in this first pepper grow and don't wanna lose it all...

I would try a soil sample. Dilute it with water and use the run off water as the PH test water. Use your test solution to get an idea of what the PH is.

Then you can use your test strip to get a rough reading. Here are a few methods.

Then you can adjust the PH with the correct solution. Try that.

Sent from my Galaxy S8 using Tapatalk
You must log in or register to reply here.