So, I’ve seen info all over the internet about using hydrogen peroxide to assist with germinating pepper seeds.  But recommendations on concentration and time are kind of all over the board, and much of it seems to be picked up from just a few sources, which kind of just mention it in passing.  I have been using H2O2 to assist with soaking and germinating my seeds, and have been seeing some positive results.  Well, I’m a scientist by training, and I just could not let those pesky H2O2 pepper seed germination “facts” sit out there on the interwebs without some solid data to back up those claims.  There are a million different tests that could be conducted.  I settled on running a couple of pretty generic ones to learn a bit of a baseline on how effective H2O2 can be in assisting with germinating pepper seeds, and what effect concentration plays into it.  I know that holes can be poked into my design, but hey, you gotta start somewhere. Hopefully my pictures make things more clear than my description.

The seeds:
The trials:
Take seeds, “plant” without soil in a vial rack.  Add 5 different concentrations of H2O2 to the rack, and see how germination goes along.  One rack has exactly 80 wells, so 80 divided by 5 trials = 16 seeds per concentration.  I used 1 rack for Thai, and 1 rack for Habanero, and all “plantings” were conducted at one time on the same day.
Concentrations:
Steps:

And, the results (as a reminder, each trial group had 16 total seeds):
*The number following each day represents the total # of seeds to germinate.

Thai – the first signs of germination appeared on day 5.  Following is the number that have germinated at inspection on each day.

Habanero – the first signs of germination appeared on day 5.


My uber-scientific takehome results – Overall, germination was lower than expected (best was 69% for Thai and 43% for habanero).  Water only had some germination, but also some mold/fungus growth.  No mold/fungus on any other trial.  100% and 50% H2O2 was damaging to both varieties.  Yea, I expected high concentrations to be detrimental, but you never know til you try, and a zero is still data.
Different pepper varieties react differently. 10% was too hot for Habanero, but looked to be pretty good for Thai.  Germination had visibly begun by day 5, maybe remove from the soak following about 3 days, then plant.  This might prevent the root damage???

Looks like another round of trials may be in order to help zero in on a better low concentration (maybe 2.5% or 5%).  Too bad I’m about out of seeds for now.  If somebody out there has a boatload of seeds from a known easy sprouter, I’d gladly pay for shipping to continue more trials.  I’m not trying to hoard free seeds, but as you can see, you need many seeds for replicates.  I went through 160 on this trial alone, and 16 seeds per group is barely scratching the surface.   If I were to do it again, I’d use concentrations of 10, 5, 2.5, 0.7 and 0%.  You still need 0% for a baseline.  Following that, I’d use the “best” concentration, and then test different durations of pre-soak before coffee filter planting.

So, what am I gonna do about it:  For now, I think for now, I’ll stay away from higher concentrations of H2O2 for pre-soaking seeds.  I’ve used 30% for 1-12 hours in the past, but did it do more harm than good?  I dunno.  0.7 to 10% had no mold/fungal growth in these trials, so a lower concentration may be the safer route to go.

A second trial is currently ongoing – similar, but different.  I hope to post that experiment sometime next week. 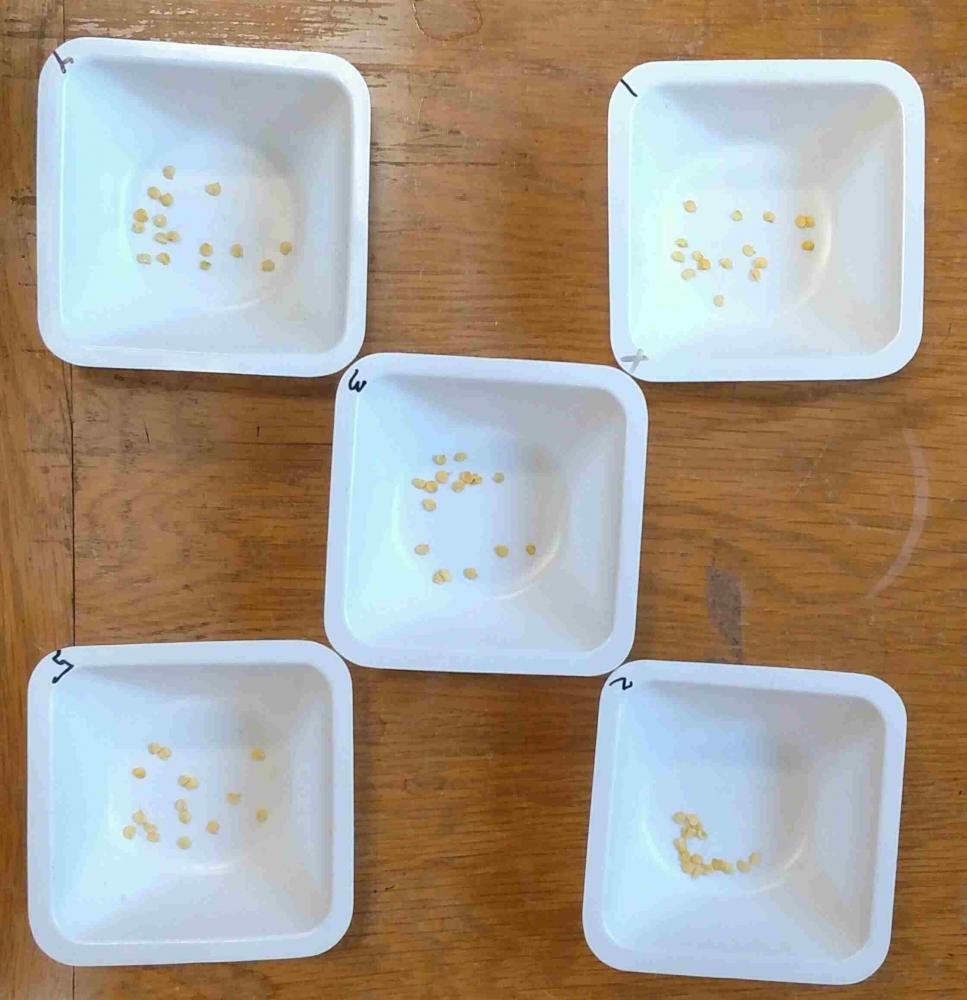 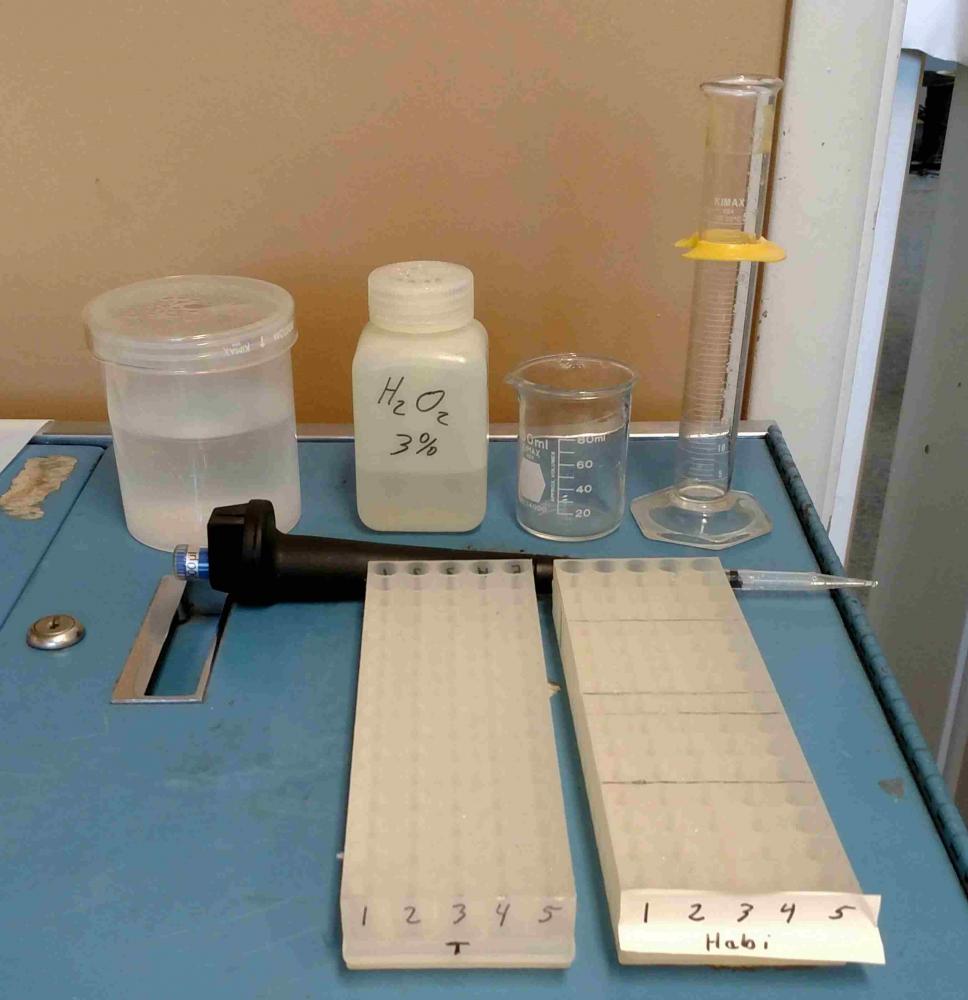 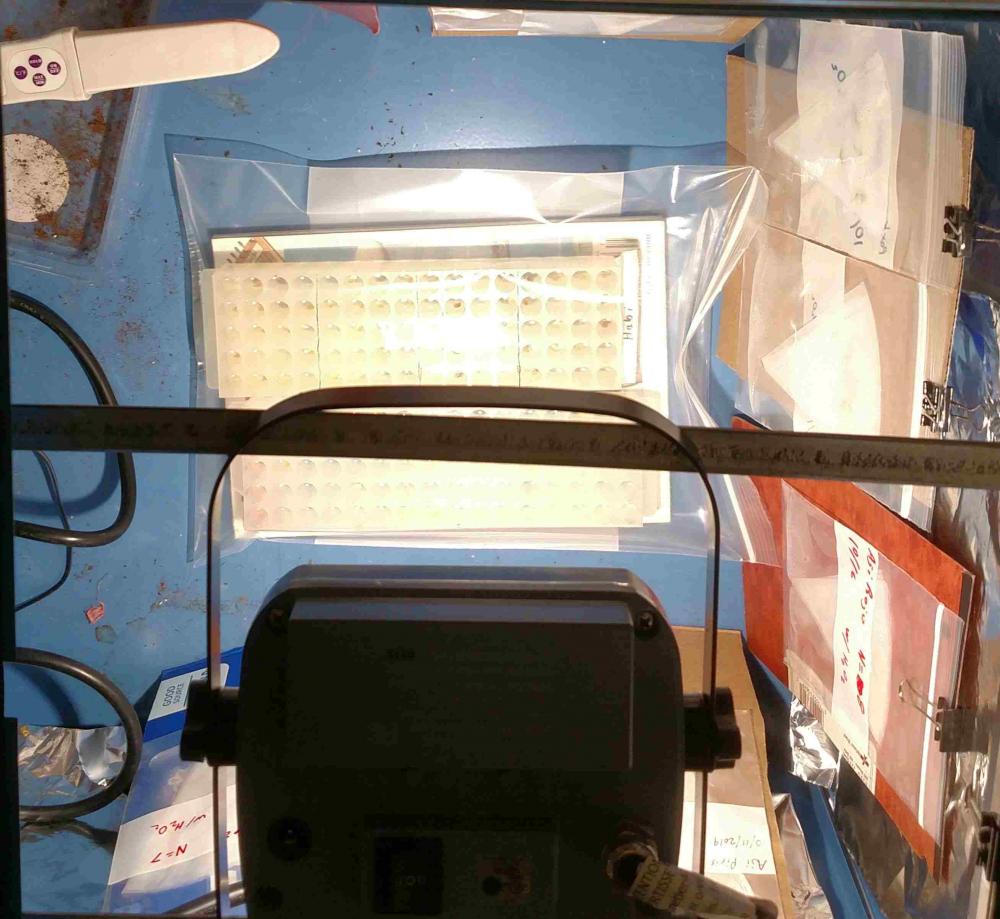 Extreme Member
Hey Fishhead.  This is really cool to see.  I've posted on related points before and there's a good University of Florida study at - http://thehotpepper.com/topic/71125-hydrogen-peroxide-h2o2-and-seed-germination/

There should be no issue whatsoever with a 0.3% H2O2 concentration in water (1:10 ratio of 3% H2O2 to 100% H2O = 0.30%) as a soak medium.  I've used higher concentrations than this for 24 hours soaks for years over thousands of seeds without apparent issue.  Concentrations of this level are woefully insufficient for controlling pathogens, but are highly effective combating hypoxia, which is a major issue with germinating older and bigger seeds.  I'm not aware that H2O2 makes any significant difference with young and "pepper-sized" seeds, though I've used higher concentrations over shorter soaks as chemical scarification attempts with "bird" chilies. My understanding is that effective pathogen control requires higher temperature H2O2 solution soaks to be effective, but at temperature levels that border on damaging the seeds as well.

Another interesting feature of the UF article is it addresses the effect of the duration of the soak, not just the H2O2 concentration, and the indications as to plant vigor after germination.

I'd have to confirm, but I could probably donate a 160 Fresno seeds your way from some pods I have. It's not a MacArthur Fellowship, but maybe it would help.  They germinate pretty easy.  Or were you looking for bulk quantities?
Current Grow Log - CaneDog Offseason Season 2022/23

Great Job fishhead!
Always used peroxide watered down mainly so the fungus does not get to them, and have notice quicker germination, depending on the seed types

CaneDog,
Yea, I have read your germination post, along with the UF paper.  That is partly what led me down this rabbit hole.  I was noticing my "torched" roots when I was using 30% by volume (0.9%) H2O2.  So, I did this initial run, I have another one going that I'll report on next week (teaser alert), and then I want to do another round with the lower concentrations (maybe 10, 5, 2.5, 0) to look just at germination rates, then running another round with the concentration winner of that trial with different soak times before planting.  I have not done the math yet, but, that is gonna be a fair number of seeds.

I really just ran this test to get the methods down for a follow-up.  But, the main takeway for me was that Habinero and Thai were definitely not equal contenders in the concentrations tested.  So, a few more rounds of this, and maybe there will be a little science (very little) to back up the folklore.

I’ve got a pile of Shepard pepper seeds harvested this season (probably 1000). Happy to ship a few hundred to you if you’re in Canada.

Sorry,I'm in Oregon, but thanks for the offer. I'd like to stick with warm to hot peppers, as it appears these encompass 95% of the activity on this forum. But, after I do a full run of warm/hot, I'd consider doing a trial of mild.

What concentration of H2O2 are you using in this experiment?  The common 3% sold in most pharmacies here in the US or something stronger?

Standard 3% - either Walmart or Walgreens.
I stuck with the "by volume" concentration, as that is much easier for everyone to calculate. Me included.

After you prove your hypothesis, maybe consider moving on to seeds that are harder to germinate.  Specifically, wild varieties and Pubescens.

I'm at the point right now where I'm almost convinced that half of my Pubescens seed stock is inviable.

Will do. Happen to have around 400 seeds of a variety to spare?

I'm out of Thai, have some questionable Serrano, and maybe enough habinero for a single run.

Now that I have a method, adding additional varieties is pretty easy to do.

I'm not sure what my hypothesis is yet. H2O2 probably helps at lower concentration, but too much may hurt. And concentration effect may vary by species. ??????????

fishhead said:
Will do. Happen to have around 400 seeds of a variety to spare?
Click to expand...

Not of a single species.  I've got a jar of probably around 3-5000 seeds, that are a mixed bag.  I was actually going to find a nice place to just sow them in "the wild".

Not of a single species.  I've got a jar of probably around 3-5000 seeds, that are a mixed bag.  I was actually going to find a nice place to just sow them in "the wild".

I want to see that

just imagine...walking in the forrest, suddenly, there is 1000 pepper plants growing all around in the middle of nowhere

How many seeds are you hoping for, per variety trialed? I'm pretty sure I could come up with a 160-200 of the same seed of Chinense, Baccatum as well as a couple of ornamental Annuum that are loaded with tiny, seedy peppers. It'd be a bit before I got them all harvested and dried, but I could have them out sometime in the next couple weeks..

For the love of Science!!

Muta sicut vulpes
Public Capsicum Library Collection
You must log in or register to reply here.