We made two Trini hot sauces yesterday. Two recipes, both using Trinidad yellow congo peppers. I had ordered some empty bottles on Amazon, and they are a nice upgrade from just dumping the sauce in a jar like we have done in the past.

I used recipes I found online from Ria and Jason Peru. 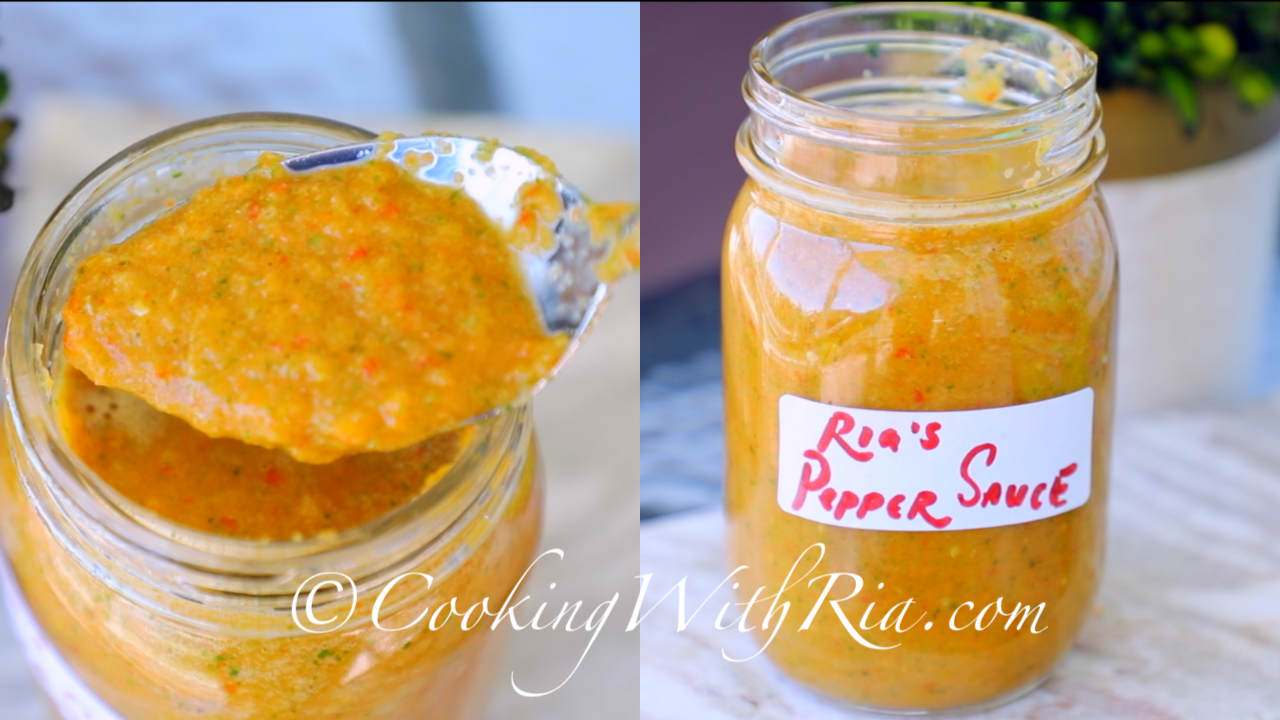 I made a half recipe of Ria's sauce, and a full recipe of Jason's sauce. For both, I used 3/4 cup vinegar and 4 oz of yellow congo peppers. I like the idea of standardizing the pepper amount by weight, since peppers are variably sized.

We tried both sauces with some fried chicken yesterday, and Jason's recipe was our favorite. I think we probably appreciated the ginger, lime, and higher salt content. Plans for future Trini sauces include modifying Jason's recipe with the addition of mustard, to see if that improves it or not. I also plan to try using yellow carrots to see if I can get a better yellow color.

Extreme Member
I lived in Trinidad for 4 year and am a big fan of their pepper sauce. Every family has their own recipe and my personal favourite commercial sauce is Jill's but it's not readily available in the USA. Bertie's is another good one which you can get on Amazon.

If you're growing your own peppers the Bahamian Goats make for a great sauce but scotch bonnets are traditional. I would add the mustard (Bertie's has it listed as an ingredient). Not sure about the carrot - more common is to add a little mango for sweetness. And to take it up a notch, perhaps a some cumin (jeera).
S

My wife is from Trinidad and got me started on Trini food. Growing peppers has been easy enough. Growing culantro has been slower and more challenging.

My wife and her family call all hot chinenese peppers "scotch bonnet" as a generic term, apparently not referring to any specific variety. None of the Trini food that I have had from her family, or at Trini restaurants in south Florida, has the Jamaican Scotch Bonnet flavor. I am not sure which hot pepper is dominant in Trinidad - perhaps a variety of hot peppers are used - and all are called "scotch bonnet" by most home cooks? The yellow and red congo peppers are my best guess at this point, and the flavor seems reasonably close to what I have tasted at the Florida Trini restaurants, and the congo peppers seem very similar to what they sell as "scotch bonnet" at the Trini grocery stores in south Florida.

I have never been to Trinidad. Perhaps they are actually using scotch bonnets there that taste like Jamaican scotch bonnet?

I have also noted, in the video linked above, and in other videos from Trinidad, the peppers that they are calling "scotch bonnet" lack the shape that we associate with Jamaican scotch bonnets. The shape of the peppers in the video are indistinguishable from the congo peppers I grew this year.

Another confusion I have noted, in the Trini youtube videos, they will mention "congo pepper" to refer specifically to a brown variety, rather than yellow or red.

Extreme Member
This is a picture of hot peppers I bought in a supermarket in Port of Spain (just before I roasted them). I would find them in big bags and they were always mixed colours. Perhaps not your traditional scotch bonnet shape but somewhere between them and habanero: 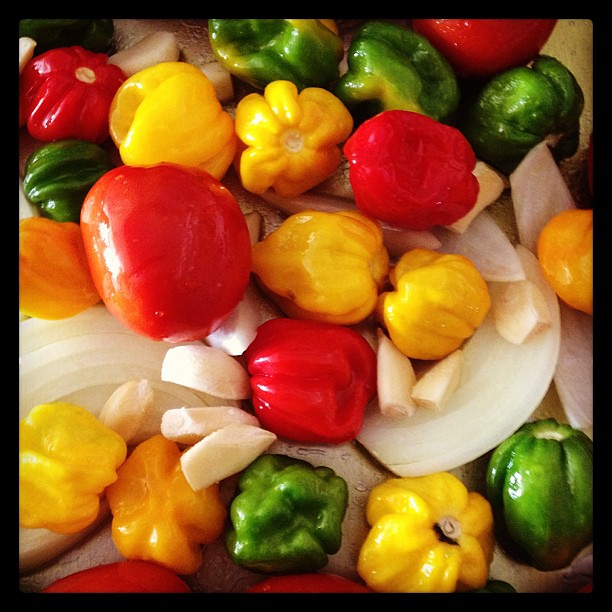 One of my peppah sauce hauls: 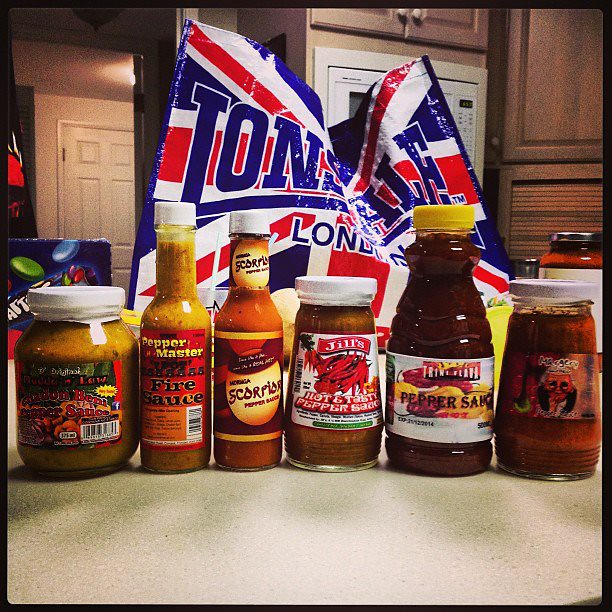 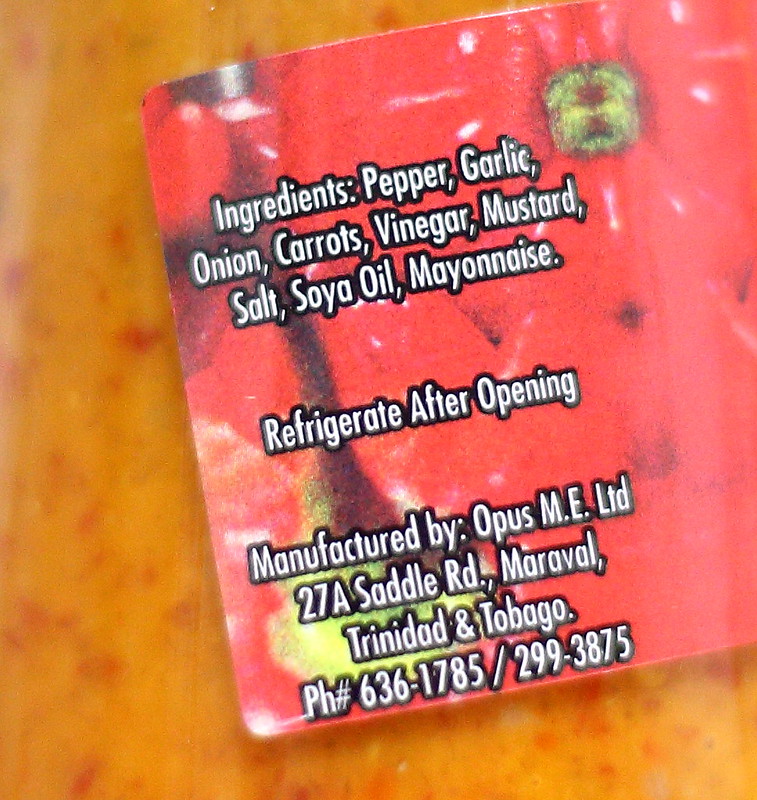 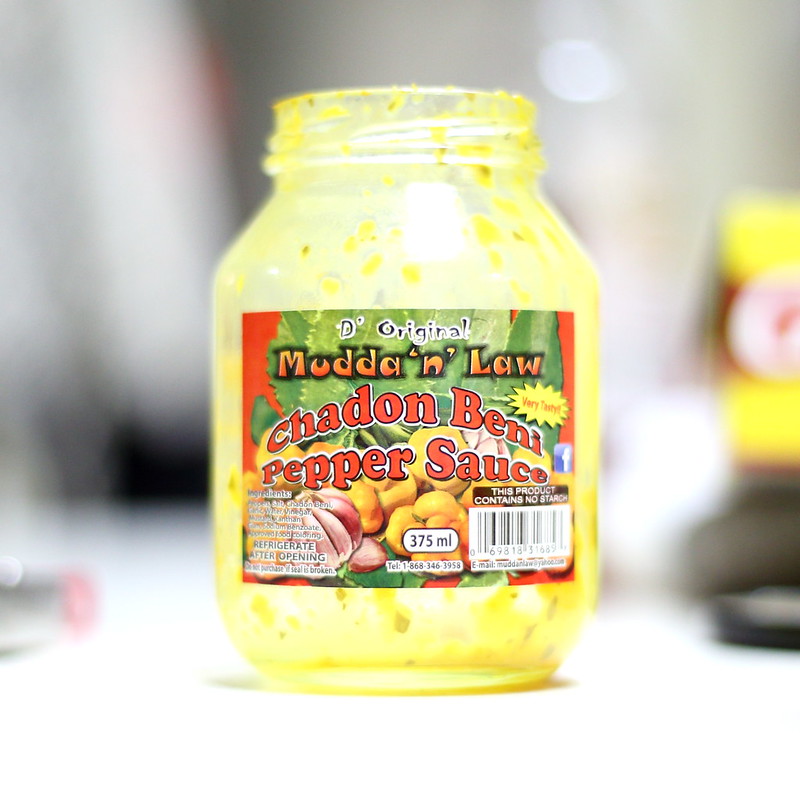 Admin
Very cool! One of my old time faves is this one. I know it's probably not a known one there, but is is legit and damn good.
Want a signature for fun or advertising?
Extreme members can put text and a link here!
Extreme Biz members can put text, a link, and an image!

I made another 3 batches with Jason's recipe this week.

This time I used xanthan gum to thicken and prevent separation. With 1/8 teaspoon gum, it came out plenty thick. With, 1/4 teaspoon, it was probably a bit too thick.

preservation Is it safe to change recipes if I am pressure canning the hot sauce?