I'm having an issue with one of my Bahamian goats and i haven't got a clue what's wrong with it.
It stopped growing about 1,5 or 2 weeks ago, first i thought i overwatered it, wich is practically impossible, since i water them measured amounts with a syringe. In the days that followed i noticed it didn't had any water uptake anymore. The pot is more or less weighing the same for about the last two weeks now.
In the next picture you can see all of my BG plants, it's obviously the one on the front right. 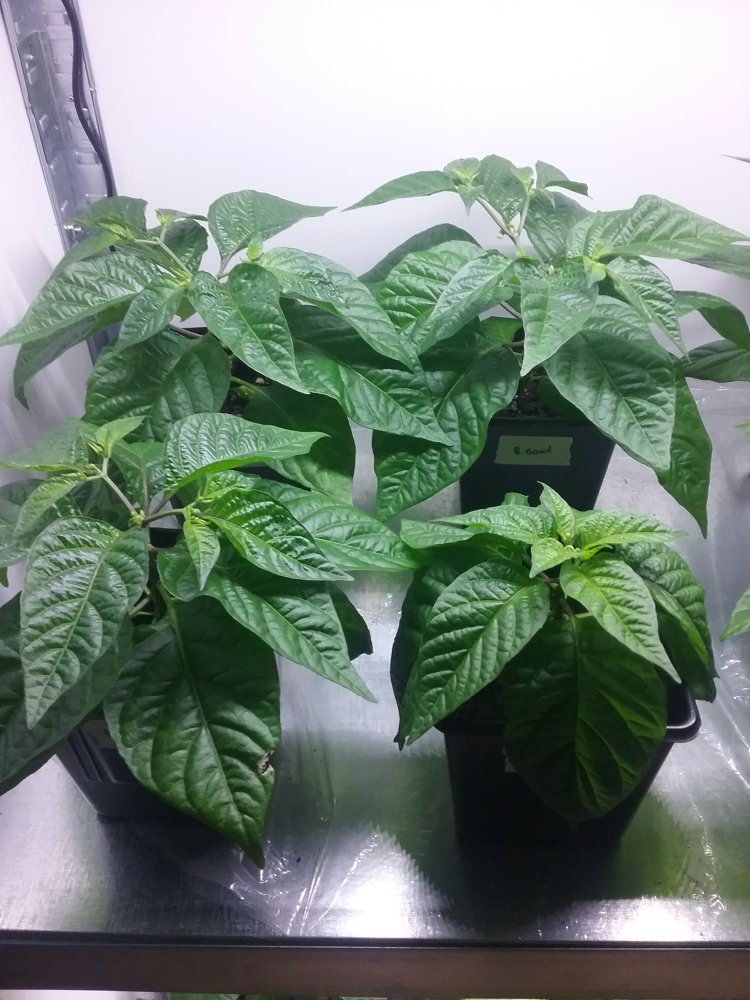 It dropped three leaves already, they didn't become yellow they just dropped green.
The leaves feel heavy, like they are filled to the max with water.
In the next pic you can see the leaves hanging over the sides of the pot compared to the more floating leaves in the second pic from a healthy plant. 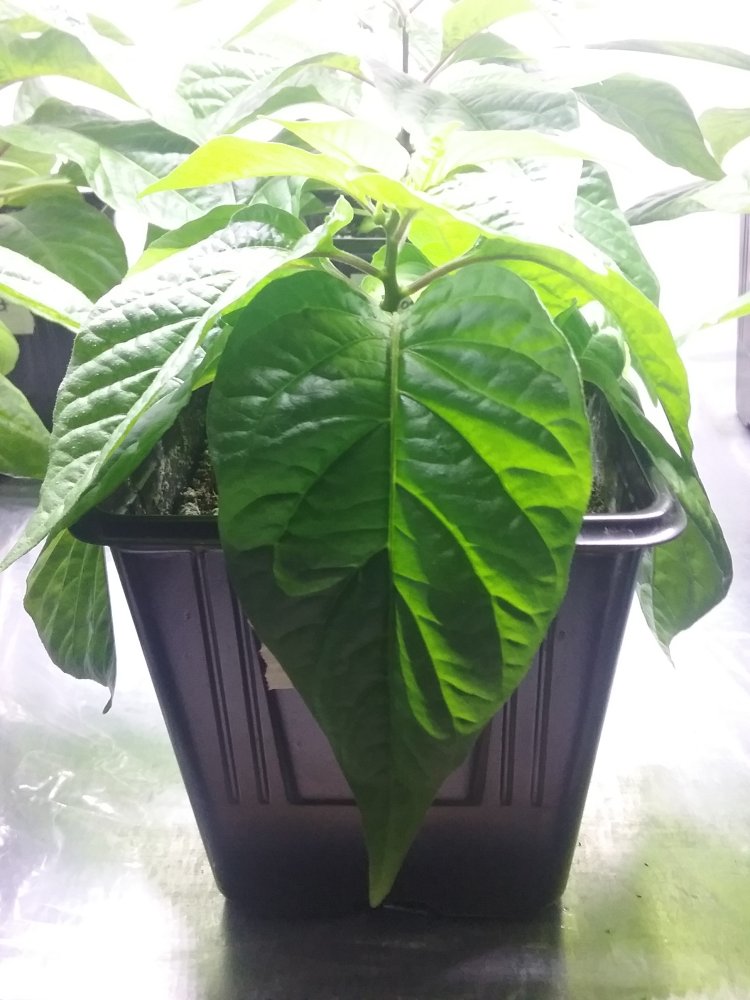 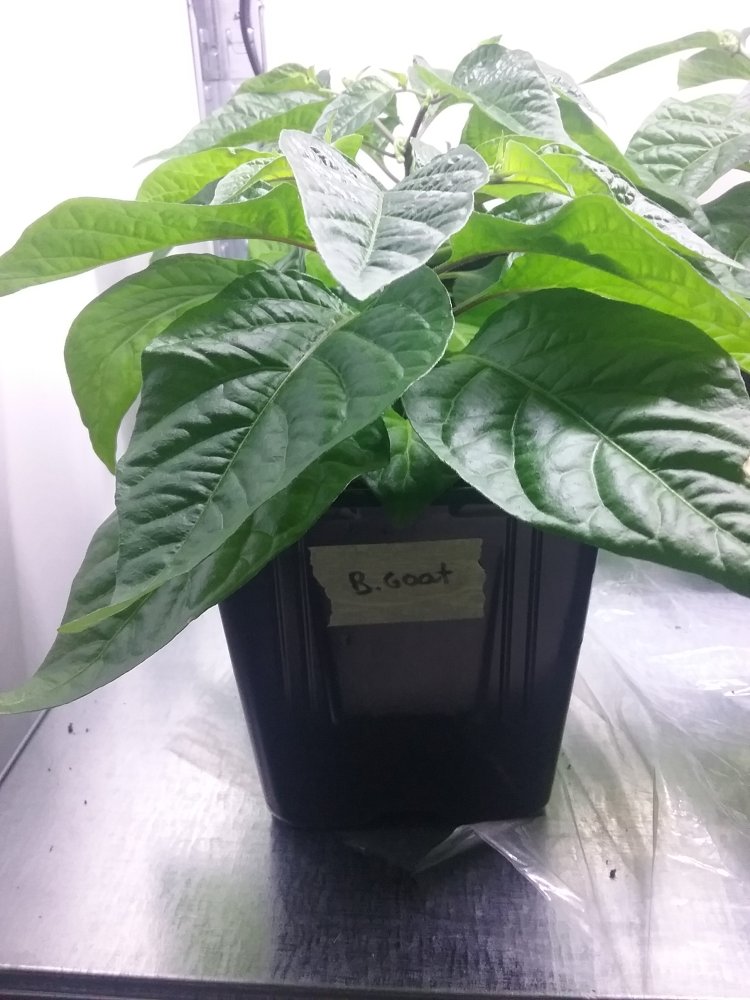 I keep thinking it's overwatered, but the soil isn't that wet and the roots show no signs of rootrot. 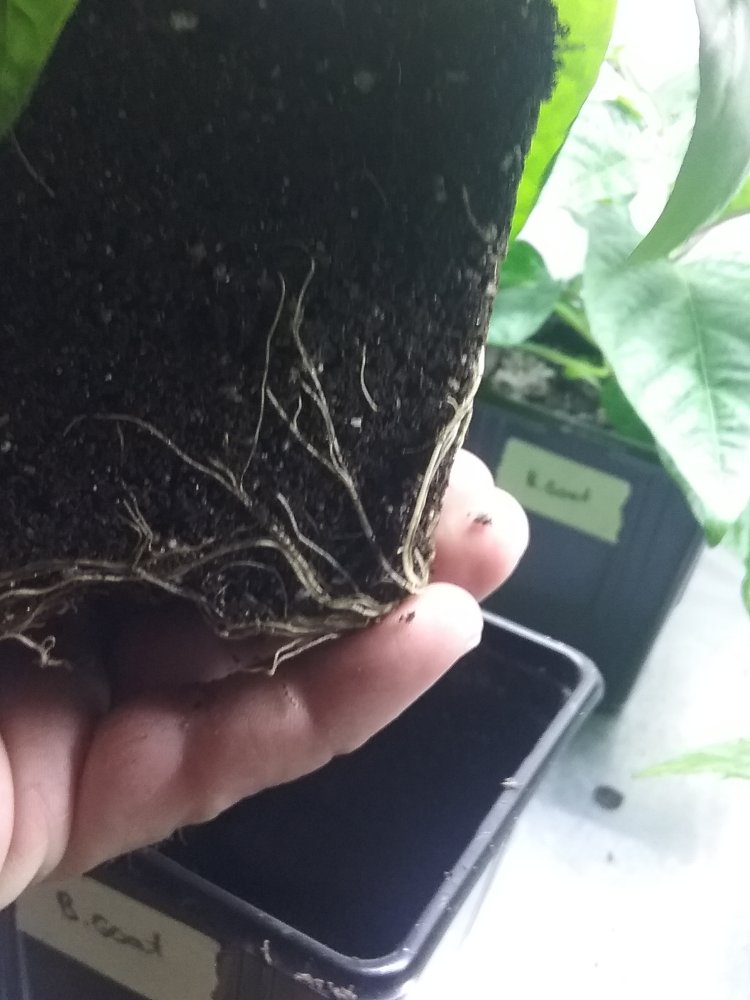 It's almost like this plant isn't able to evaporate the moisture the roots are pumping up to the leaves.
Anyone of you guys have an idea what's wrong with this plant?
Sort by date Sort by votes
F

How close are the lights? what temperature and RH? What kind of soil? Fert? Water? They look pretty green and healthy to me. Maybe it is just slow.
Last edited: Apr 14, 2022
Upvote 0 Downvote

Plant didn't recover much. Roots seem to be affected by some form of rot. Plant is still trying hard, but i will be discarding it anyway. Below some pics of it's current state. 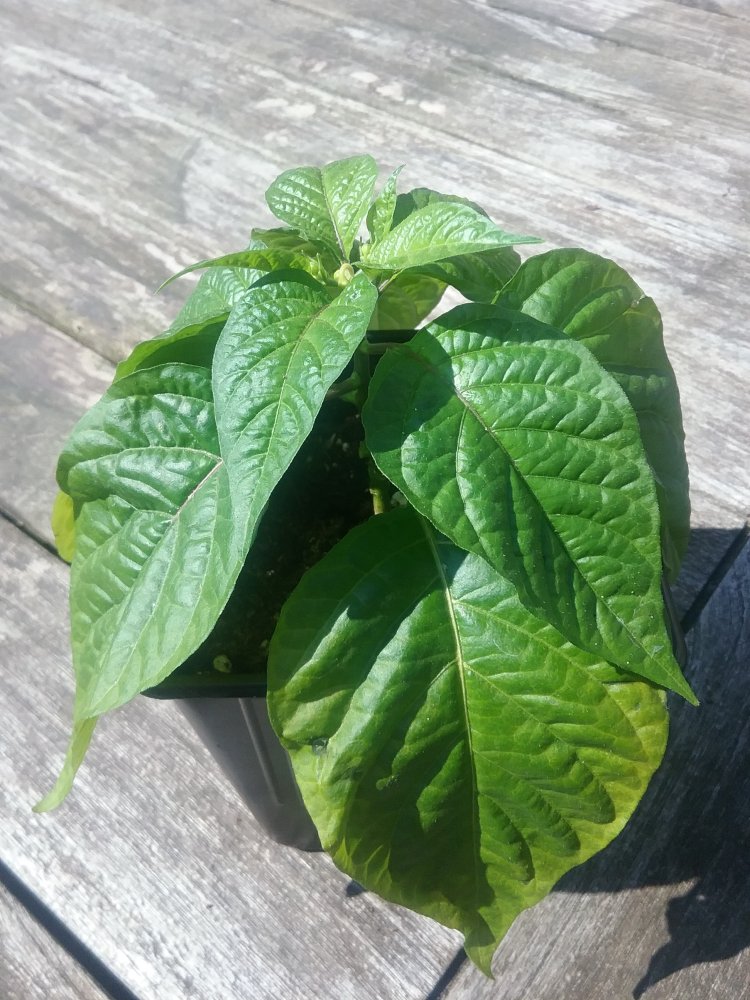 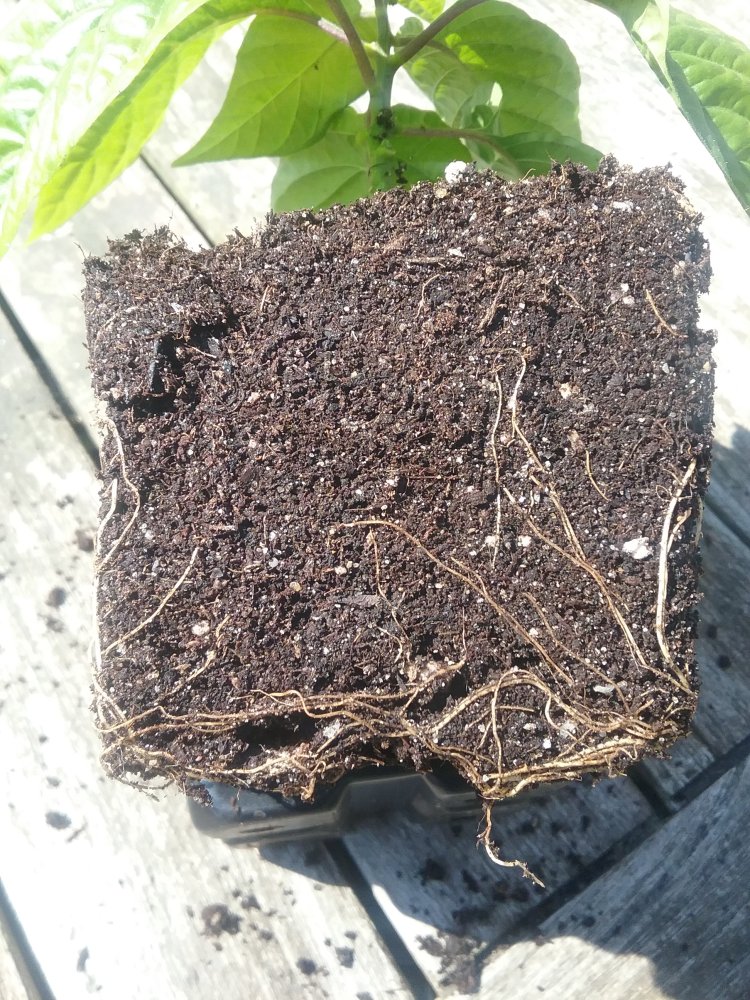 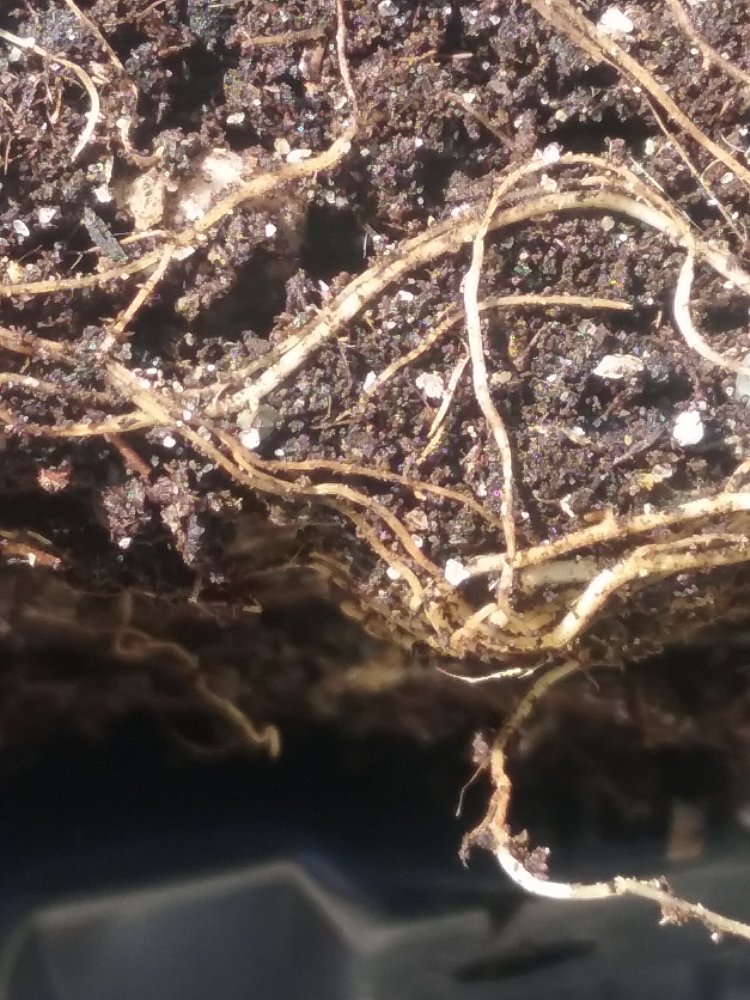 Extreme Member
Take a cutting before throwing it away!
"You are not special. You are not a beautiful or unique snowflake. You are the same decaying organic matter as everything else." - Tyler Durden
Upvote 0 Downvote

Bou said:
Take a cutting before throwing it away!
Click to expand...

Upvote 0 Downvote
You must log in or register to reply here.

B
pest Is Something Eating My Plant Leaves?

N
What is this - a habareaper? Moved here on advice