What devil is this?

These peppers where gifted to me by a cousin, who in turn got them from a security guard that also takes care of his bosses pepper plants and in return gets to take home some of them.

They are insanely hot. Hottest pepper I have ever eaten by far. I eat full habaneros on the rare occasion, I can hold them down without drinking or eating anything after it. I tried to do the same with the smallest of these one and, boy was I in for a surprise. The heat and pain was incredible. I had to spit it out and head for the sugar jar after about 30 seconds of trying to muscle through the burn, I then totally broke down and just opened the garden hose full blast on my mouth for some good 5 to 10 minutes. It was a humbling experience.

I think its definitely chinense. Maybe a naga or bhut jolokia? What do you guys think? 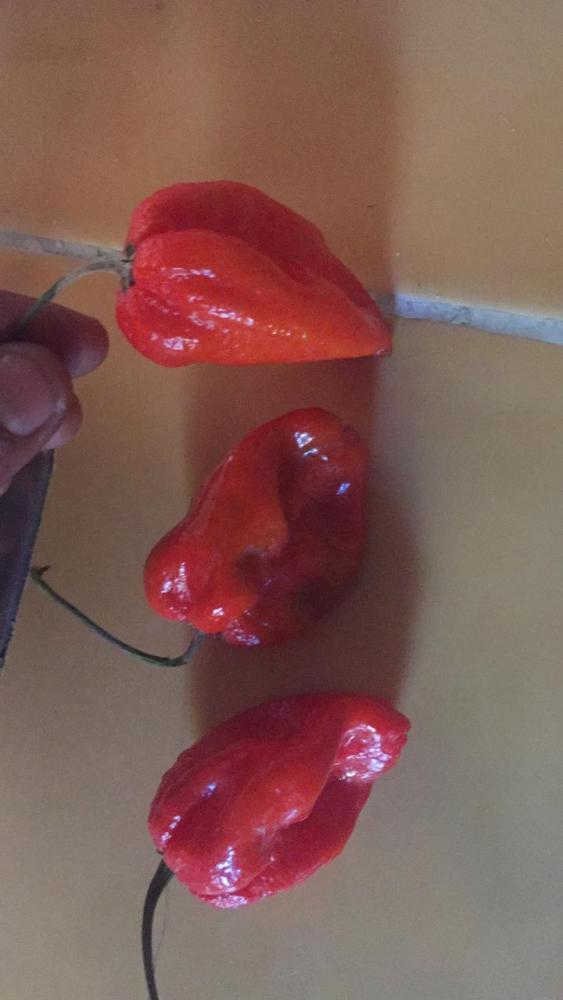 Definitely looks like some type of Naga to me.
Upvote 0 Downvote

Almost definite it's some sort of Naga, if I had to pick I'd say Naga Viper. They are properly hot.

I grew some a few years ago: 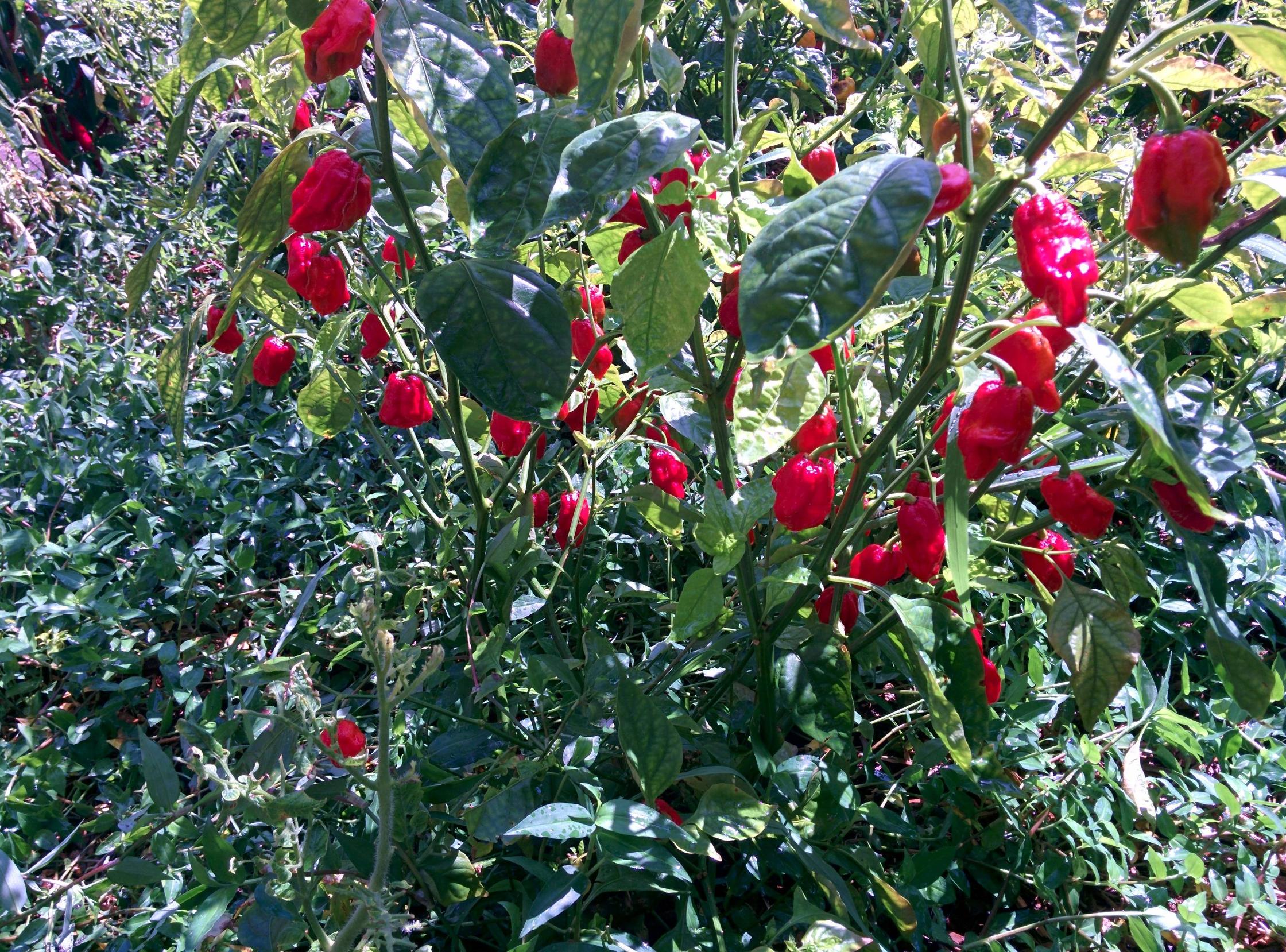 Your pods look more regular, which would take Naga Morich out of the running.
Upvote 0 Downvote

KingLeerUK said:
Almost definite it's some sort of Naga, if I had to pick I'd say Naga Viper. They are properly hot.

I grew some a few years ago:

Your pods look more regular, which would take Naga Morich out of the running.
Click to expand...

It does indeed look very much like those. Looking at some pictures online, it also looks much like the komodo dragon. In fact, they look almost exactly like it. Very nice plant and peppers btw KingLeer!.

Whichever one of those it is, how or why they are growing there is really puzzling. Managed to get a hold of the owner of the property where the peppers are planted and when I asked him what they were he said "They call them cabro (scotch bonnet) but they are really habaneros", so he is somewhat off I think. The heat is strong with this one, much (much) more than any habanero I have ever tasted, they also dont look like one.

It is really rare for people to grow super hots here. Most people stick to habaneros and scotch bonnets, In fact I only know one other person in the country that is growing SH (c. reaper), and he only has one plant. Surely there are more that I am unaware of, but you would think they know what they are growing since super hots are bit more involved and you have to order the seeds from the US pretty much. This guy has a whole field of these. Maybe someone else is doing the planting, or maybe its an unknown to the world local strain!?

Hope I can get some more and do more "testing".

Saludos!
Upvote 0 Downvote
You must log in or register to reply here.

D
issue Is this damage to the leaves from over watering or under watering and heat?

L
disease Bacterial infection or something else?

plant Chilli from the Brazilian interior