What was the last spicy meal you cooked?

And how did it turn out?

I was in the mood for wings, but wasn't going to do anything fancy, just wanted something quick using what was in the house. Baked the wings in the oven with a dry rub of cayenne, Death Rain, pepper, and bih jolokia powder (from Muso2112). Took them out and coated with Cap'n's savina sauce. Pretty good for a quick meal.
Click to expand...

Founder · From BKLYN USA
I own this joint. 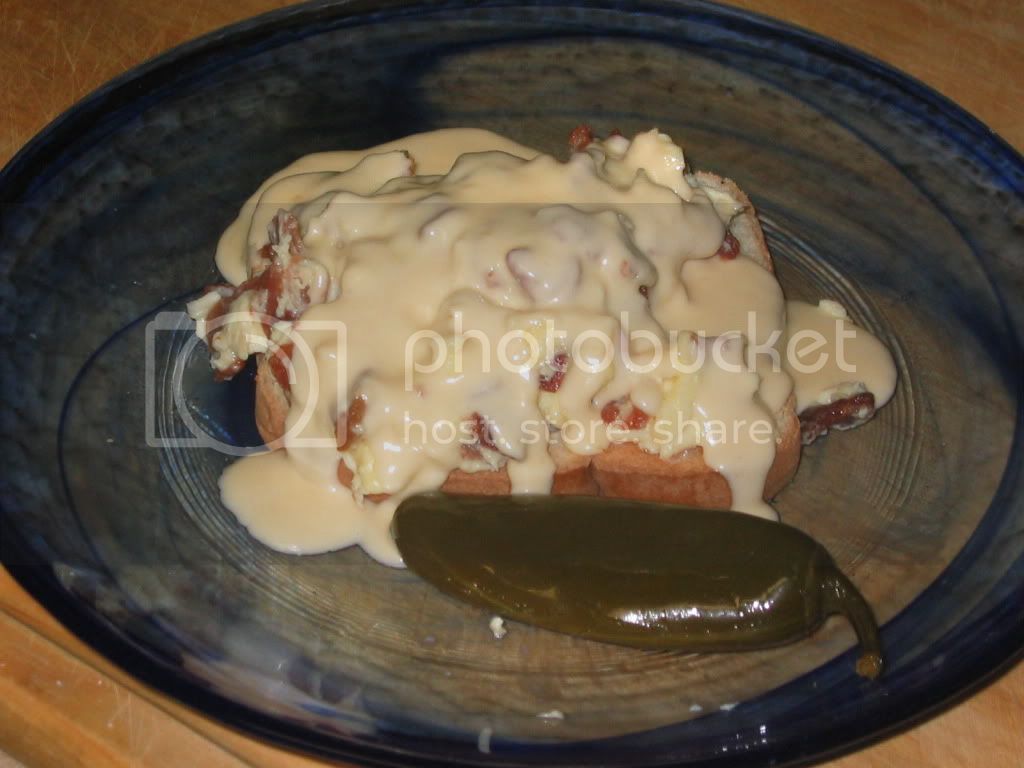 Look what you made me go and do.
I really wanted your Queso, but I also wanted tried and true. Mainly for speed.
I have only made your Queso once, and I was not feeling like experimenting. 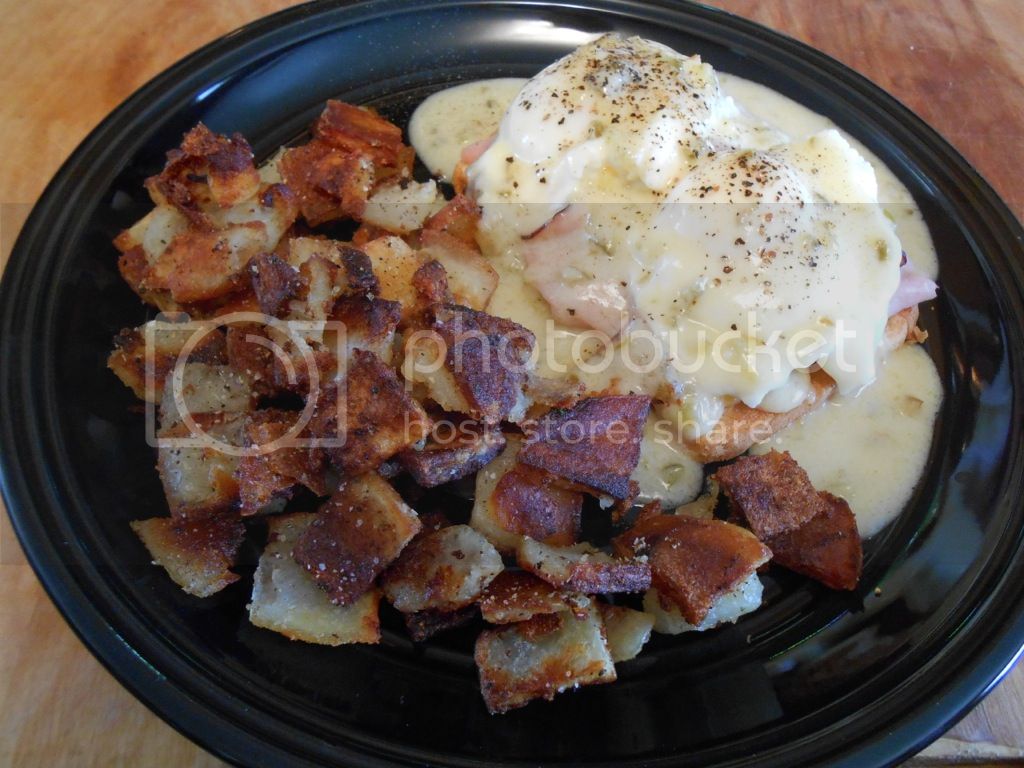 I would have filled up the bed of my F150 for that price.

That looks like your usual goodness but I would have covered those tates in holly sauce too.

One time the holly broke so I added a little cream to bring it back, then some shredded cheese.

LOL, yep, I've done that too, except the cream part, never thought of that.

TMook, I know right? the 2 year old Extra sharp White cheddar is on sale for $8.99/2lbs. usually $14.99
Sometimes it's just too hard to tame down the "bad" stuff. And the 4-H meat will be coming up soon.
Not much tastes better than a local big'ol cow or pig that was hand fed by a 14 year old girl since birth, lol

Ok, Mr. Blue, quite frankly, since I started lurking these parts, I have seen your queso posted everywhere, and I am fed up with not having any for myself. Ohh please tell me you have posted a recipe somewhere in these forums

HigherThisHeat said:
Ok, Mr. Blue, quite frankly, since I started lurking these parts, I have seen your queso posted everywhere, and I am fed up with not having any for myself. Ohh please tell me you have posted a recipe somewhere in these forums

I don't have a written recipe as I've been making queso since the days of the cave man and troglodyte but this should get you pretty close.

Start melting the butter in a sauce pan on low to medium heat. Don't walk away from it and let it burn. Have a wire whisk handy to stir with. If you don't have a wire whisk a big wooden spoon with a flat side will work okay.

Once the butter is melted, add the flour and stir, you're making a roux. Be careful to not get it too hot and stir as needed. You want to cook the roux so the flour flavor is cooked out and smooth. Its okay if the roux starts to brown a bit. Once it gets to a dark blond color, I add half the quart of heavy cream and stir.

Adjust the heat until the sauce comes to a slow simmer and you'll notice the sauce beginning to thicken. Dip a metal spoon into the sauce. Its about done when it coats the spoon but still drips off. If its too heavy and thick, add more cream to thin it out. You want it a touch on the thin side as when you add the cheese it will thicken even more.

Once you have it where you want it, reduce the heat to low and stirring in small handfuls of shredded cheese. After a few handfuls taste it. Here is the point where you want to add salt and pepper. Do so in small amounts. Cheese has salt enough on its own and you don't want to over do it.

The queso should be the consistency of a thick cream soup and coat a chip nicely but shouldn't be gloppy. Not only for dipping, ladle it over veggie's or eggs or potato's or whatever you like.

If you want to jack it up with heat you can use powders or hot sauce at the end to your taste. If you want to use fresh chile's I recommend mincing or fine dicing them and cooking them in the butter and the roux. You'll lose some heat but the flavor will be so much better. You can also add diced tomato's. Very popular in Texas is the use of canned Rotel brand tomatos. Add cooked sausage, bacon, or chorizo. Even small shrimp if you like. There are no rules.

In a sauce pan on low heat combine 3 parts Velveeta processed cheese to 1 part milk or cream. Stir it as it melts. Once all melty, add whatever you like as I listed in the above recipe.

The Velveeta recipe is common to Tex-Mex cuisine and used more often than scratch made queso by far. Its so easy a drunken blind baby can make it.

The most important things are to not get it too hot and burn or scorch it, and to taste as you go.

If you serve this to more than a few friends or family at a time, you'll need to make A LOT OF IT! It'll go quick. And don't worry if you make too much and have leftovers. You can add a little cream or milk to it and nuke it on low but stir it every 30-45 seconds as you nuke.

Whatever you do, have fun with it.

Put on some SRV while making the queso.

Thank you TB! You can betcha I'll be making queso this weekend

home fries......lol Those two words together just make me smile.

I have perfected the 'home fries' over the years, from the thickness, shape, oil heat etc.
Eating my 'cottage fries' is like eating art. True story.

Not gonna try n find words, I KNOW how that tastes. Gawd dang!!!

Nothing TOO spicy here. Just sauteed some shrimp along with some jalapenos and red fresno peppers and added a drop or two of Blair's Mega Death.

Just some lettuce, bacon, cucumber, shrimp and peppers. Dipped them into a spicy ginger soy sauce. I was a fan. 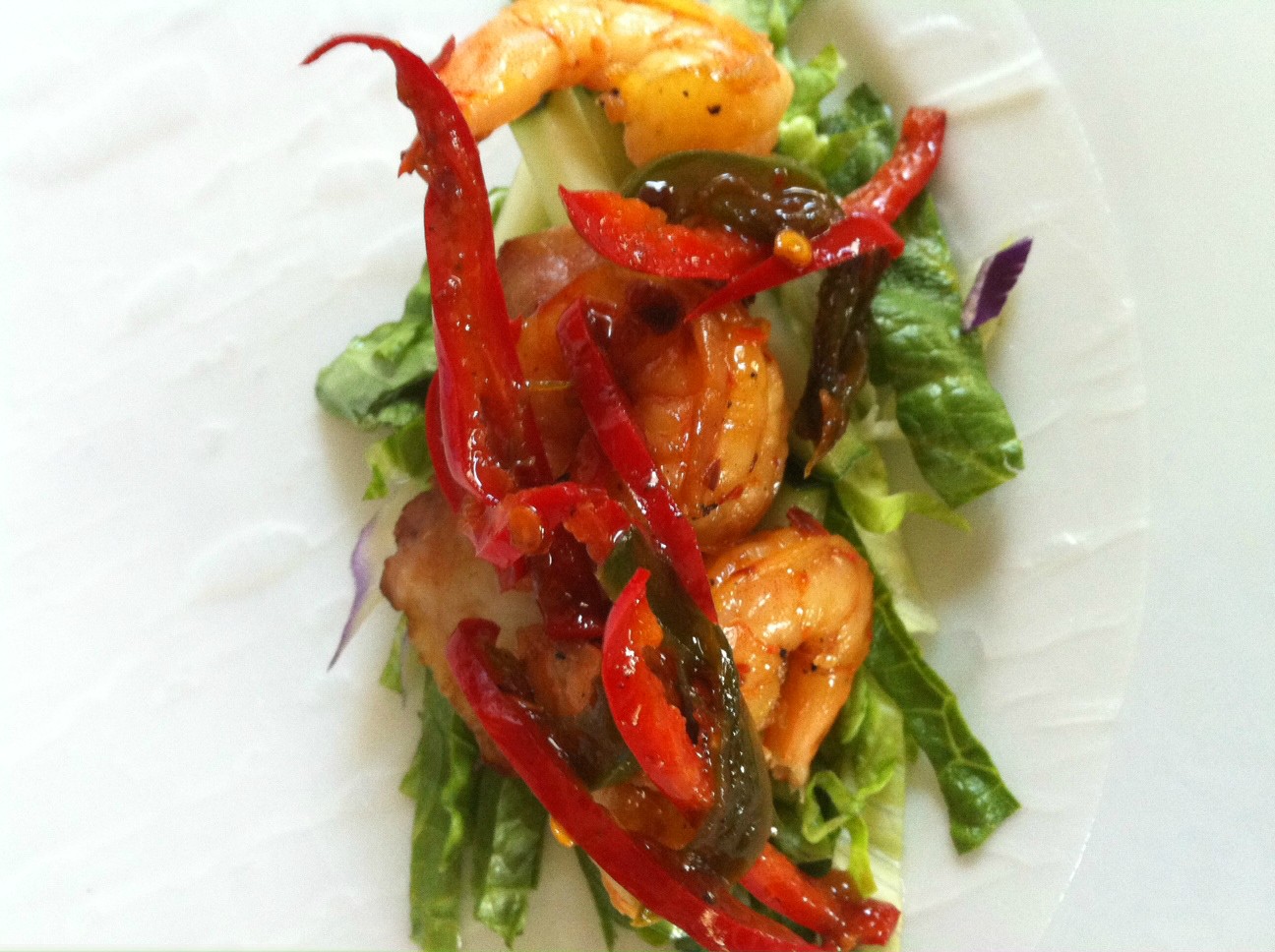 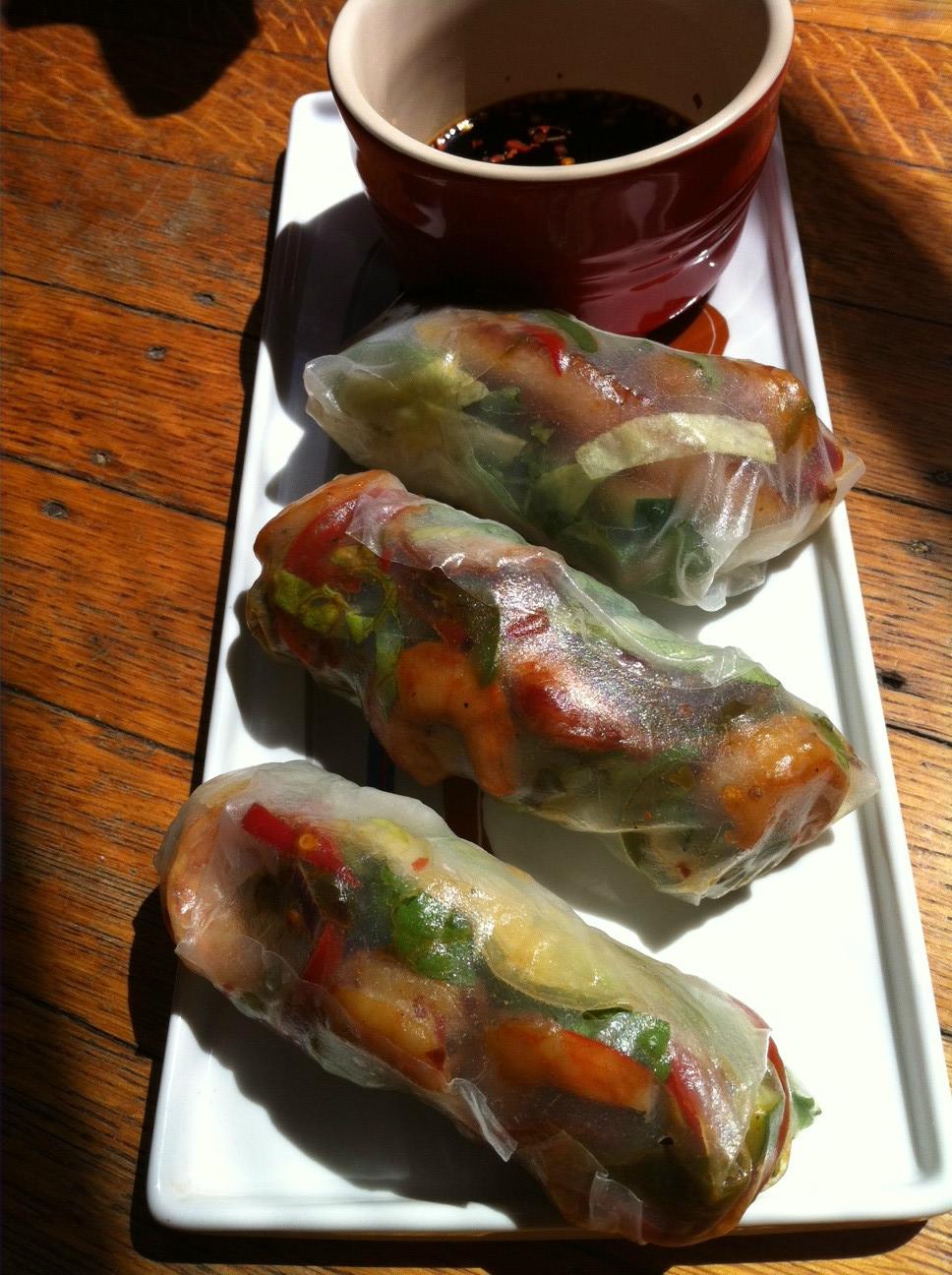 Not the last thing I cooked but one of my favorite things to do in the summer!

ohhh yeahhh
beer can chicken one of my favorits chicken recipe

Few things I have made over the last few weeks...I am making the Fra Diavlo again tonight using crab's I picked, just over 1lb of lump

From some smoked butts..

No pics, as I couldn't locate my camera, but it doesn't matter. Why? While this was tasty, it wasn't overly attractive - it really needed more color. As in a LOT more color.

I came across a stir-fry recipe in an old magazine in a doctor's office, tore it out and brought it home. Needless to say, what I made didn't follow the recipe entirely, as I almost always end up thinking "hmmm.... this would probably be good in it, too...."

It actually started yesterday. My son slapped some chicken thighs on the grill, which he first marinated in a mixture of olive oil, hot pepper bean paste, ginger, garlic, and who knows what else. We set a few of them aside after slicing for tonight's stir-fry.

In a small bowl, stir together chile paste, agave nectar, and fish sauce. Set aside.

Heat 1-1/2 teaspoons oil in a large nonstick skillet over medium-high heat. Add the cauliflower, reduce heat to medium, cook about 4 minutes. Add eggplant, cook for about 2 minutes, add bok choy, and cover. Cook, stirring occasionally, about 8 minutes. Transfer veggies to a large bowl or plate, and cover loosely with foil.

Heat 1 teaspoon oil in same skillet over medium-high heat. Add shrimp and cook about 2 minutes. Push to side, add 1/2 teaspoon oil then add garlic, cooking about 1 minute. Mix in chicken and shrimp, then add the chile paste/agave nectar/fish sauce mix. Add vegetables back in, season with chile powder, and heat through. Add basil and coconut flakes then serve.

So like I said, this was quite tasty, but lacked in color - it was too white. What would I do differently next time? Maybe use baby bok choy instead of a large head, so you have more green. The eggplant was something I had on hand, but I could have used maybe red bell pepper or snow peas for color here. I would have used more of the chile paste, both for heat and color. My son suggested using broccoli instead of cauliflower, but I think that if the other substitutions were used, the cauliflower would have been fine

geeme said:
What would I do differently next time?
Click to expand...

LOL
You must log in or register to reply here.

I got what you need!!