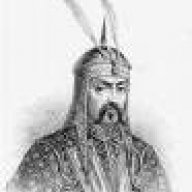 From Norfolk, England - just off the coast of Europe 5

Status All Activity Postings About