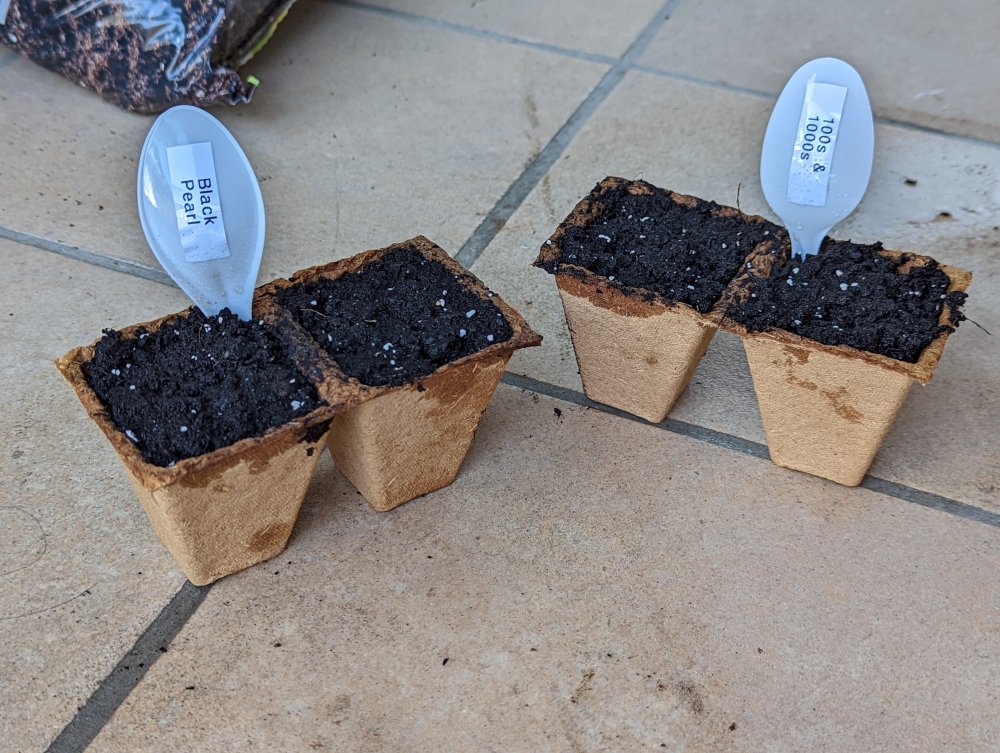 I've been waffling on whether to try my hand at a glog, and then decided, "hey, why not?" I figure it's another chance to learn from the rest of you as I track my progress.

There are a few factors at play:
- I am in Málaga and there's pretty good weather here for year-round growing. I think the zone is 10a.
- I don't have much space. Just a small patio that can maybe handle 6 or 7 plants.
- I want to grow peppers that I find interesting, tasty, and beautiful. I don't mind super-hots, but they're not my goal. The hottest I currently have planned is MOA Scotch Bonnets.
- My kids don't want peppers, so I agreed to get some tomatoes going for them if they agree to help out and learn with me.
- And the last factor is I don't know what I'm doing but I'm happy to experiment and figure it out.

All the seeds are from Semillas La Palma. Pretty surprised and excited to find such a reputable seller of pepper seeds in Spain. Spanish cuisine is not known for spice.

So that's where I'm starting. It's a rolling glog because I'll start with a couple seedlings, then start the next when the previous plants are ready to move outside. Not particularly exciting, but at least I get to play around with the different stages a few times.

Pictured: Black Pearl and 100s and 1000s seeds in the dirt on October 1st. I'll update with the current state of affairs below.
Click to expand...

Extreme Member
Happy growing!
...but I might be wrong...

Here's what I set up in my office for the germination station. A single plant tray, wide enough for some peat pots under half of a water jug and able to fit on the bottom of a small Ikea plant stand. The cable runs up to a small grow light I found on Amazon. 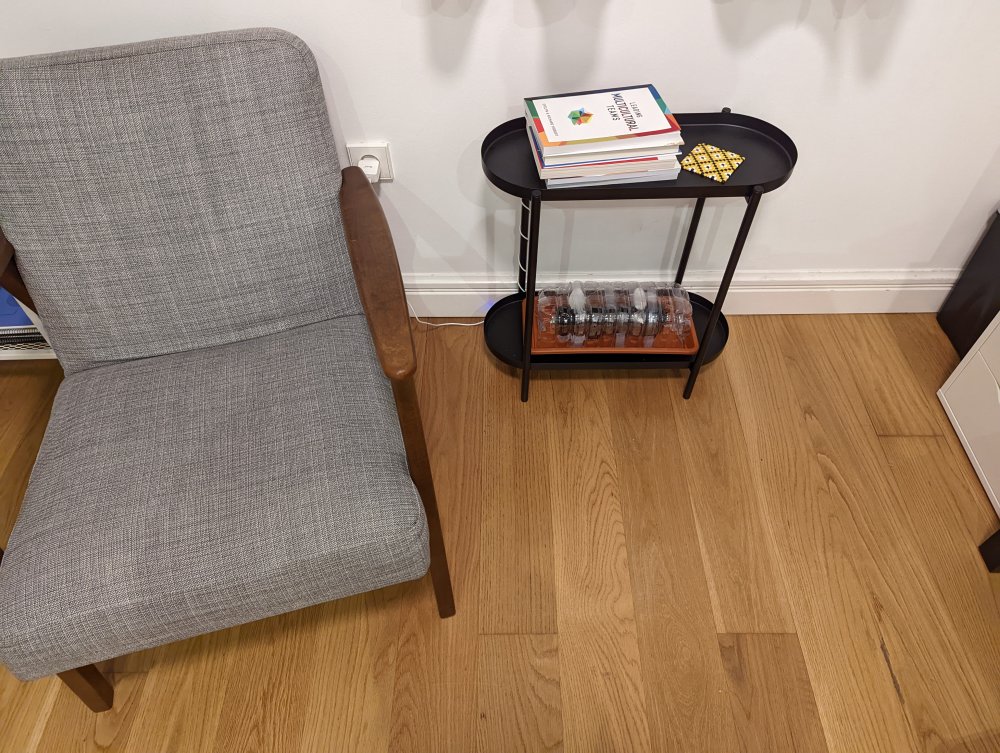 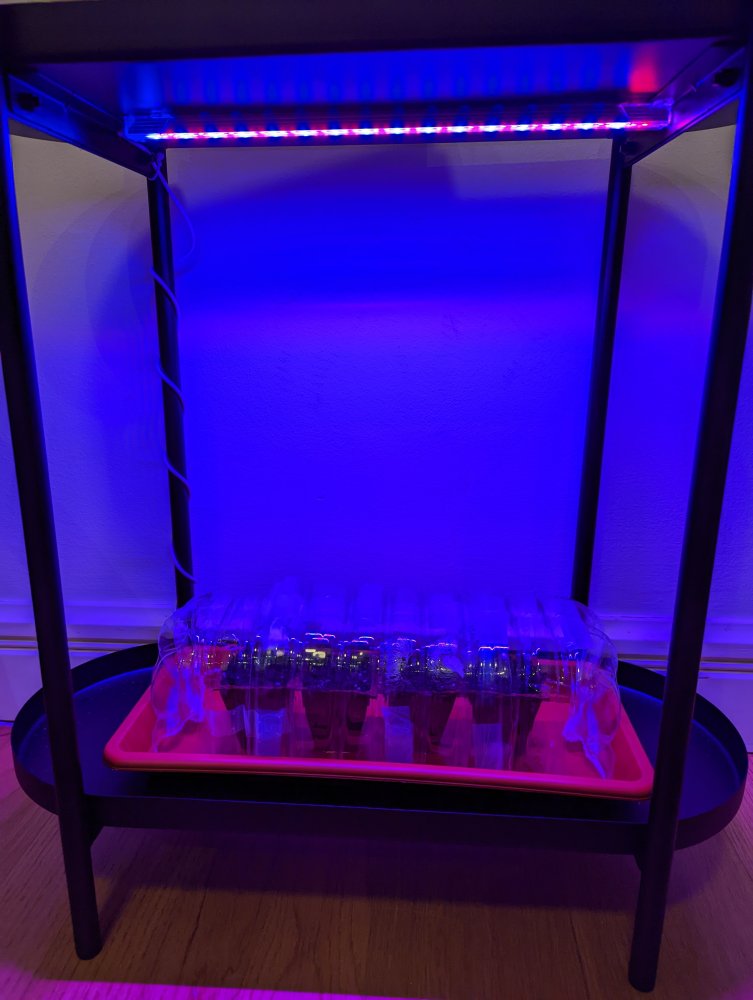 I also took advantage of a pretty warm router to help encourage germination. After a week, I had some decent little seedlings going. The toms germinated in under 36 hours--4 for 4. The Black Pearl peppers also germinated 4 for 4, so well done SLP. 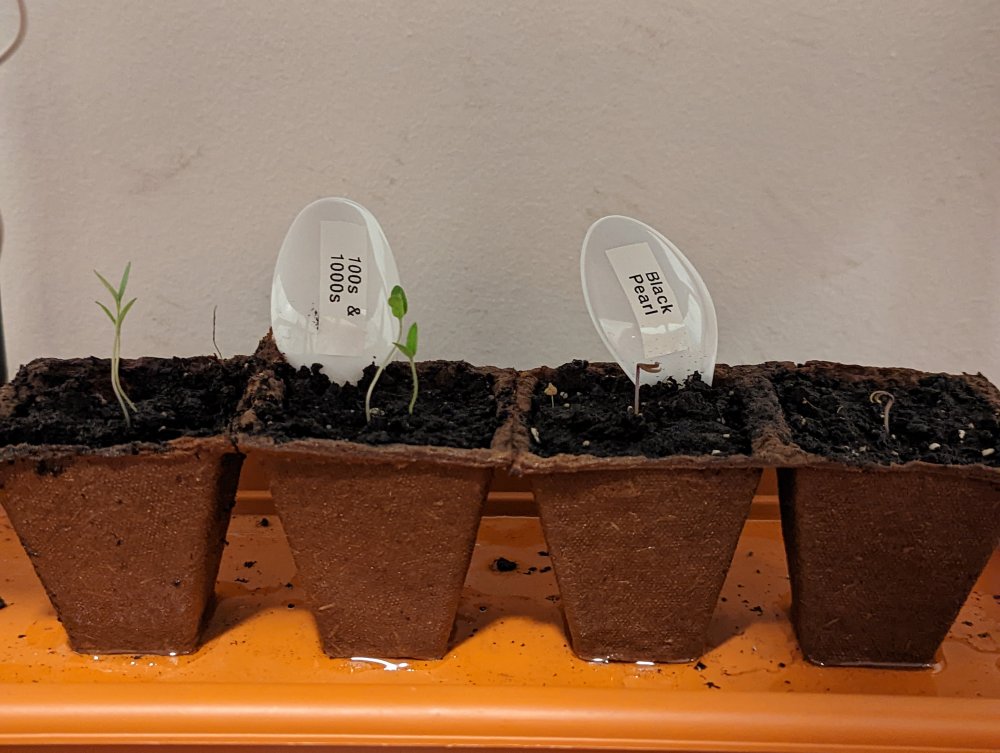 But I think I did something wrong, because the tomato seedlings all died a week later. Either I overwatered them or they died when I tried a very diluted vinegar mix to remove some surface algae. The Black Pearls on the other hand are doing great. I've now up-potted them, started a very light feeding of fish emulsion and tried to get some more toms started over on the router. The following pictures are from this morning. 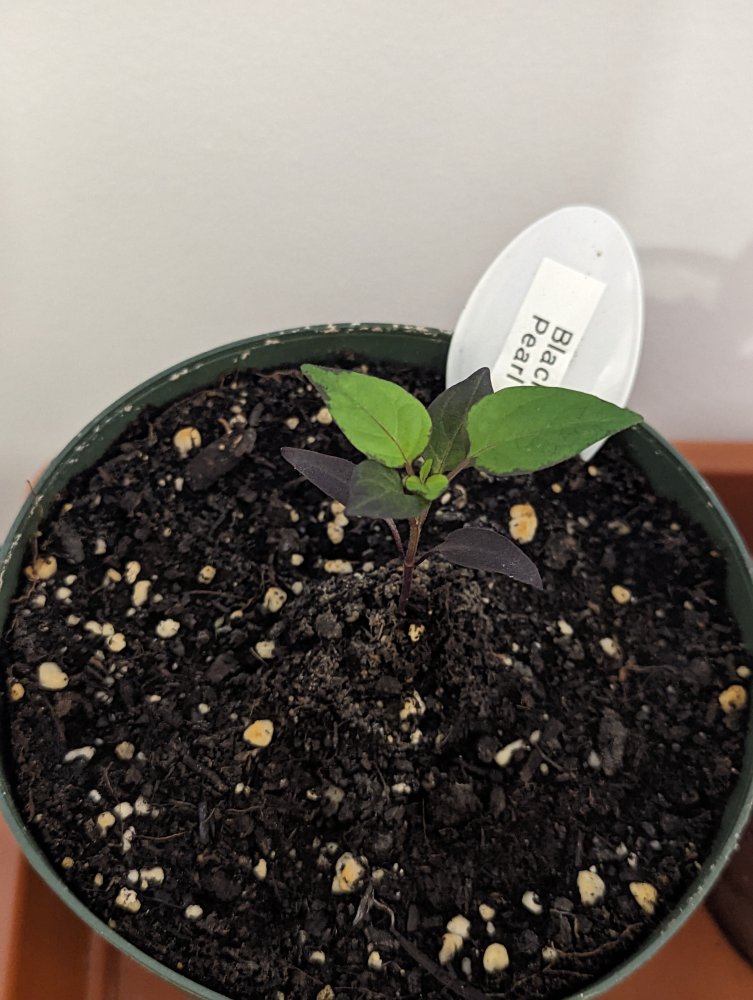 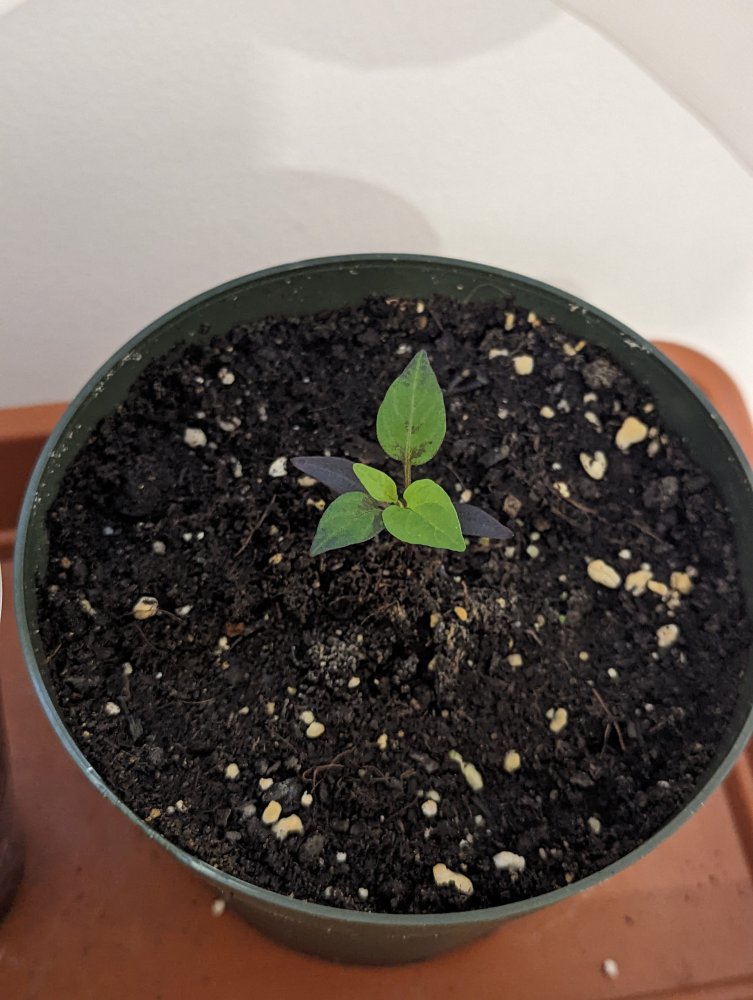 And then this happened! I had a spare pot I had used to try to "bon-chi" a jalapeno. The jalapeno failed, so I tossed it and threw a few habanero seeds on the dirt to see if they'd take. (I think it's a type of habanero. The fruit stand had no name on the basket.)

As an attempt to learn about seed-gathering/storing, I had collected some seeds from a habanero-like pepper I bought at a local fruit stand, so I don't know what they'll give me, but I looked down last night to see a couple had sprouted. So that's an unexpected bonus. I'll be curious to see what I get from them. 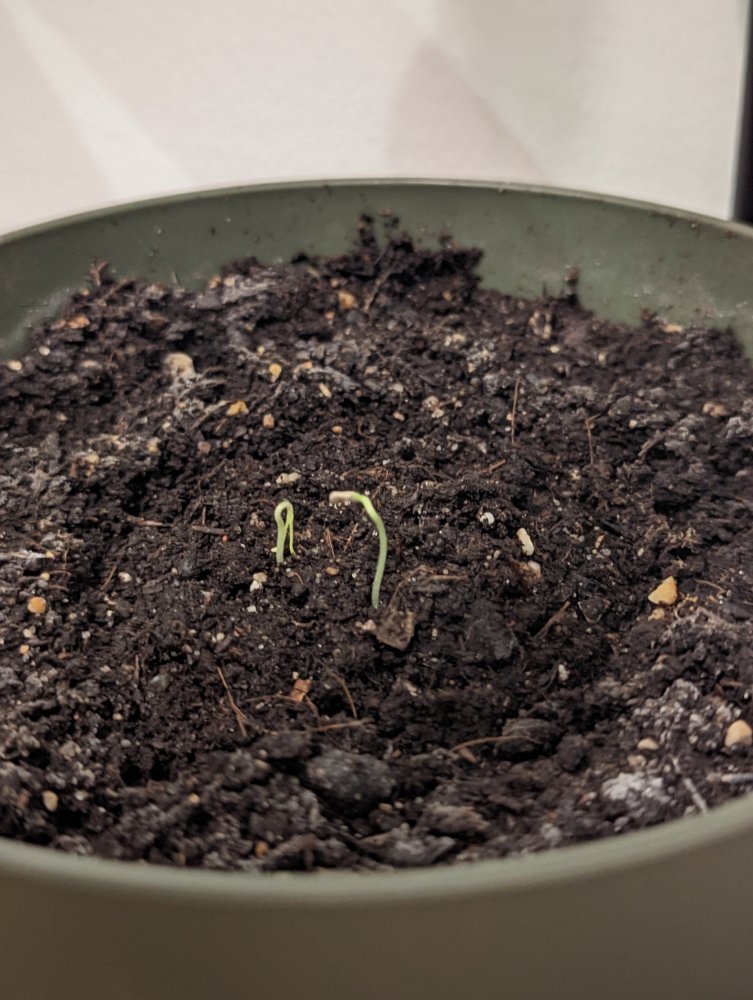 I grew black pearl this year, by accident, they're a very pretty plant and the little round peppers are quite warm.
My fingers have verbal diarrhoeaa

I think the SLP seeds are always good. One
of mu favorite sources. With your great climate,
you might think about growing some wild varieties.
In your climate, you might get them to grow year-round,
maybe even in the ground.

Good luck getting your pepper adventure underway!
Last edited: Nov 11, 2022
Every Pod a Victory! Life Force is Strong! \O__
Links to all my grow logs here.
You must log in or register to reply here.