Extreme Member
I've been on the hunt for Brassica nigra for some time now, but haven't been lucky enough to encounter it. This year I had a couple of varieties 'included' as a 'bonus' to my topsoil delivery. Initially I was hoping the big one would be Black mustard, then I was sure it was Sharlock (Sinapis arvensis) until the pods started getting larger than the 1.5" they are supposed to be.. Those pictured here are 2.5". I'm still fairly sure this is Sharlock, but would love consensus. Anyone familiar with this one. The birds refuse to leave it alone, so I'll have to cage a couple of them up if I'm going to get anything off them. 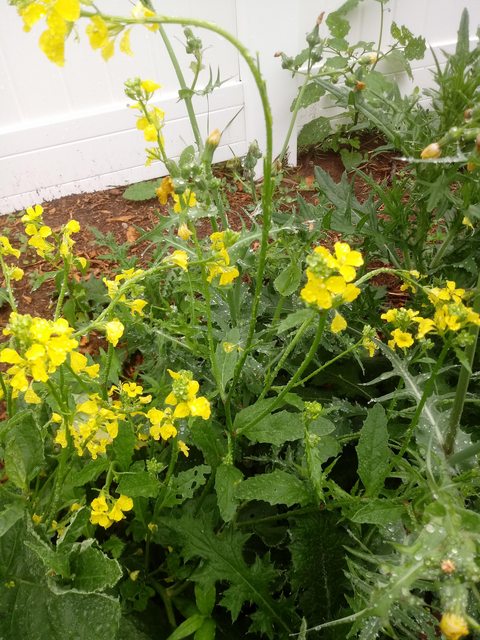 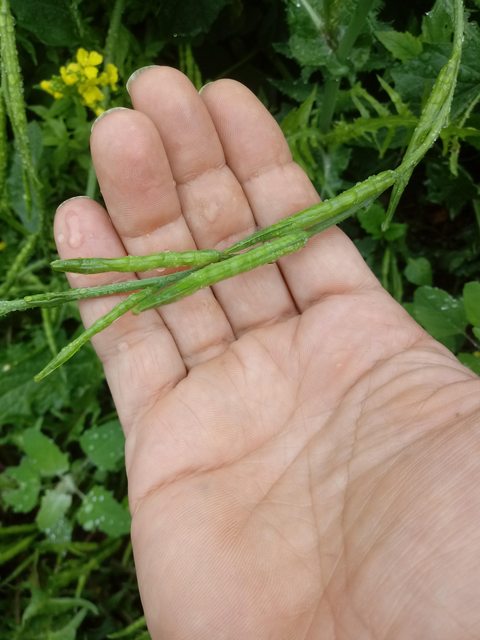 The other one, Sisymbrium officinale aka Hedge Mustard.. Which I've sampled an unripe pod from and found them to taste similar to a mild piece of fresh horseradish. Since I don't have any horseradish yet, I'll be taking advantage of them, and saving seeds from both.. 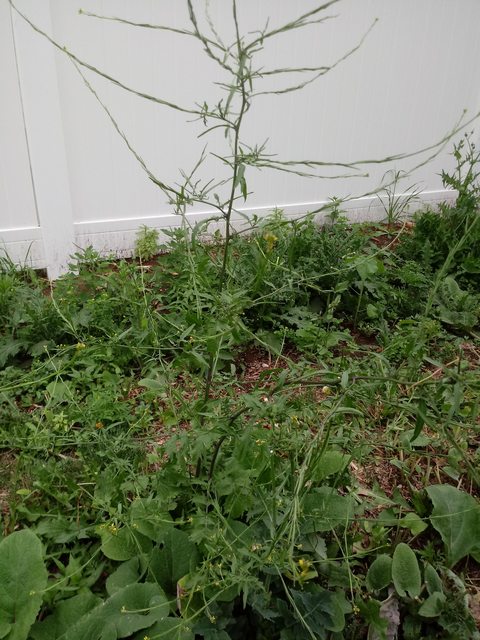 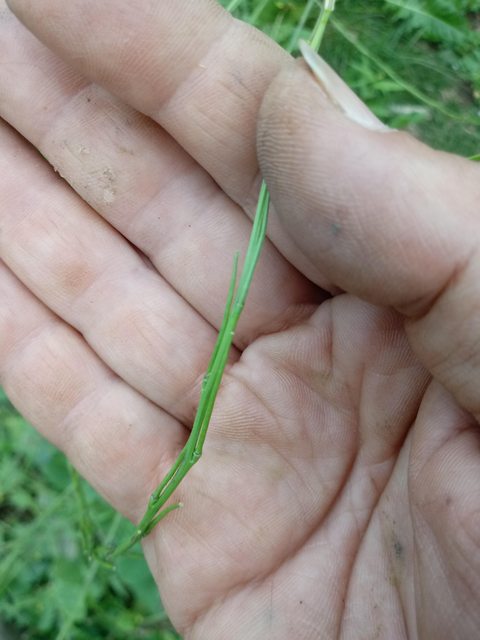 I haven't made any mustard yet, myself, because I've been holding out for black. I have some brown mustard seed though.. I wonder if it'd even germinate.

Have you ever had mustard with black mustard seed in it? Definitely a step up in heat, if my memory serves me. It's been so long, but I recall it be delightfully pungent.
I've always loved mustard sauce, but I'm not a big fan of the sweet ones. Almost all of the mustard I consume is spicy deli or browner.. preferably with some texture left in it.
I've not found the match to the stuff I had as a kid, but it was likely homemade. Too hot for me then.. I'm sure I'd love it now.

I use yellow, brown and black in all my mustard recipes. Im a lil heavy handed with the black. I like the bite

D3monic said:
I use yellow, brown and black in all my mustard recipes. Im a lil heavy handed with the black. I like the bite
Click to expand...

Have you ever made a completely Black mustard? I remember someone telling me you absolutely have to cut it with something else or it'll mess you up.

Also, where are you getting that black mustard seed? Maybe I need to stop hunting and just buy some.

Edit: Got plenty on the way now.. No more hunting for that plant! I would have preferred to find some locally naturalized stock, but it hasn't happened. Probably spend too much time in the woods, or along the river.. Instead of in the field. Like a Rugosa, I doubt I'd miss it if I saw it.
Muta sicut vulpes
Public Capsicum Library Collection

All brown but then the brown is near black, real hot, used to make mustard all the time, main point is to soak with water first after grinding to release the heat, other wise heat is lost when adding vinegar right away if I recall right.

dragonsfire said:
All brown but then the brown is near black, real hot, used to make mustard all the time, main point is to soak with water first after grinding to release the heat, other wise heat is lost when adding vinegar right away if I recall right.
Click to expand...

Maybe you need to try some Nigra in there next time you make it. The few times I recall having homemade mustards, I can recall something like a small mortar with a lid it was kept in. I couldn't say more than that as to how they made it.. I recall it mostly being grainy in texture.

I was reading some on here about the process and recall something being said about using a cold water maceration to obtain the best heat profile. I've not made any myself.
Muta sicut vulpes
Public Capsicum Library Collection

yup, they were porcelain jars that I remember like the water trap pots for storing butter on the table.
Soak 24 hours before adding flavors.
Might have some, have a bunch of seeds for sprouting that are hot.

Or even better soak in a nice juicy new england style ipa
You must log in or register to reply here.

lighting A Small Indoor Hobby Grow and Considerations on the Subject of Horticultural Lighting.

T
2 years in but no success