Help a newbie out - outdoor grow

Extreme Member
This will be my first time seriously growing peppers so I need lots of advice! I have an metal fenced in lot in my garden which I plan on using since the fence will keep the deer away. Since we're in a semi-rural area and my house is in the open, there are plenty of other critters around - possums, rabbits, coyotes, feral pigs etc. The fence will keep the large animals out but won't stop smaller ones like these guys: 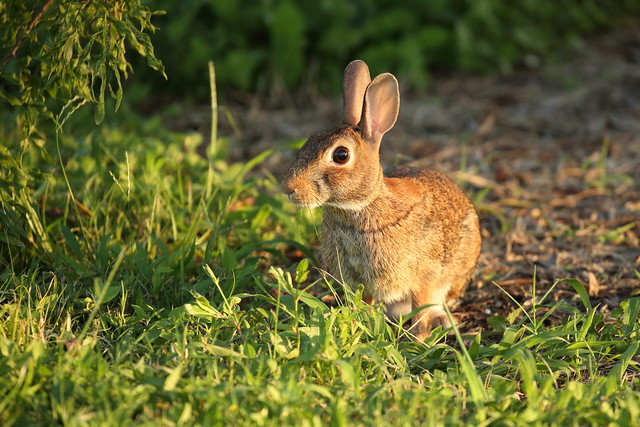 Do you think the bunnies will come seek out my peppers near the house or will they be happy with the loads of other vegetation in the surrounds? Will elevating my plants help? How high is safe?

Another thing I need to decide on is how to plant them. I'm thinking of making two or three 2' x 4' raised beds since I don't want to fill the whole space with them. I'll have several plants (12 varieties and 4 to 5 of each) so I was toying with the idea of doing one of each variety in raised beds, 7 gal grow bags and 5 gallon buckets, all with soil and periodic fertilization. I'll use a drip irrigation system for all as I've used water timers before and am comfortable with the setup. We're on a well so hose the water is generally cool.

I would like to try hydro but I don't think I'm experienced enough and it's likely we'll be away for an extended period of time in summer so may not be able to tend to it. We get occasional heavy rains so preventing dilution will be a problem and also it gets very hot (100F+) so drying out and too hot water may also be an issue. I may do some Kratky totes on the patio under some cover as an experiment.

Fundamentally, I'm not good at doing things regularly like watering etc so I would like to automate that. I'd be happy putting in a lot of effort at the start to set things up but I'd like it to tick over after that with minimal effort. So building raised beds etc will be fine provided that once I have the drip irrigation setup I don't have to keep messing with it.

So what do you advise? Bed/bucket/bag too complex or sensible redundancy? Would a self watering bucket be better? Maybe one set of buckets with soil and one set double bucket self watering? I've not idea which would be better...

You sound like you have a pretty good plan in place already.

Most people haven't put nearly as much planning into their first attempt.

Raised Beds, grow bags, and containers are all good methods for growing peppers.

I can't comment on the hydroponics, I've never experimented with that.

Managing the local critters and insects varies from location to location.  I can see how the rabbits might be a problem for the plants.  They probably won't eat the peppers, but they may try to eat the leaves.

For myself, I've had good luck using simple crushed red pepper to discourage the squirrels from digging in my containers.  But rabbits may be a different problem.

It's time to give your plan a try, and learn where the problems come up.

Extreme Member
Thanks for the reply @DontPanic, much appreciated. I've been thinking about this a lot, reading and watching videos since I have absolutely no experience. My friends all have different ideas (some prefer in-ground, some raised beds but none are pepper growers).

The more I see about grow bags and air pruning and it seems that grow bags are a better solution than a container? They're certainly cheaper and I can get larger sizes without much incremental cost. I'm thinking that given the Texas heat, larger is better or is there a point of diminishing returns? 5/10/15/20/30 gallons? What do you suggest?

The plants in grow bags seem to do better, but they dry out quicker.  If you tend to be forgetful about watering, grow bags are the least forgiving.

I would also plan on staking any plants you put in grow bags.  For whatever reason, the pepper plants in grow bags need more support that other methods.

It's hard to recommend a certain size.  Bigger bags need less watering, but they are more work to set up, and you may want to stick to a size you can move around in case you need to put them in the shade in the peak of summer.
You must log in or register to reply here.