Hello everyone! I've been a'lurking this forum for quite some time now... I LOVE this corner of the internet. This is my first post, and I'll have a few other questions coming soon!

I've been experimenting a bit with LST on a Chocolate Habanero. 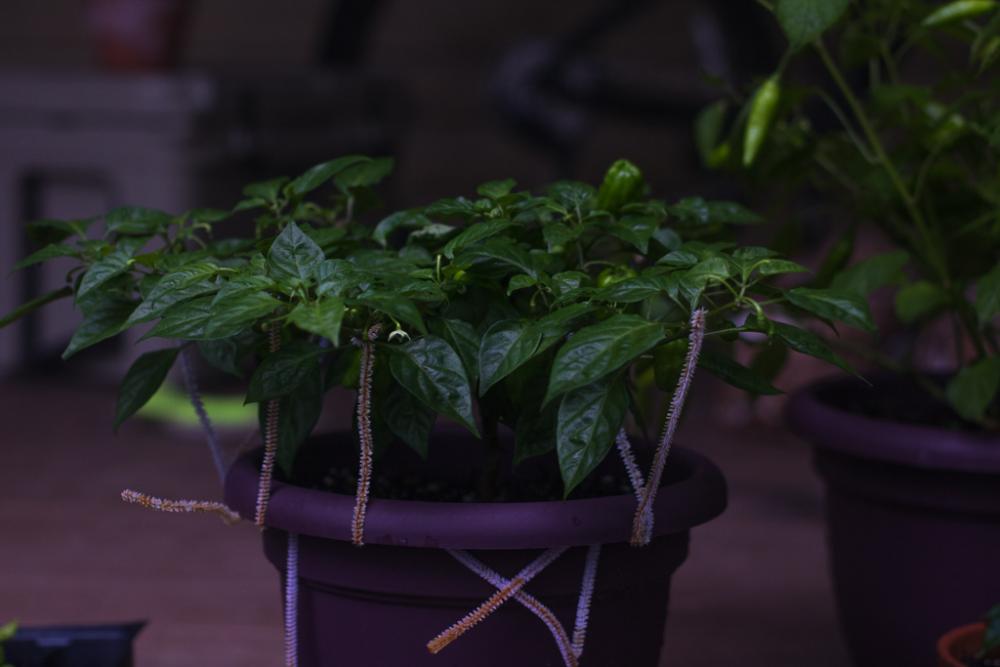 As you can hopefully see (not sure of pics yet), it's pretty basic. I've just wired down branches as they try to go vertical. Most major branches have gotten pretty strong, and the plant seems to have become fairly well compact. 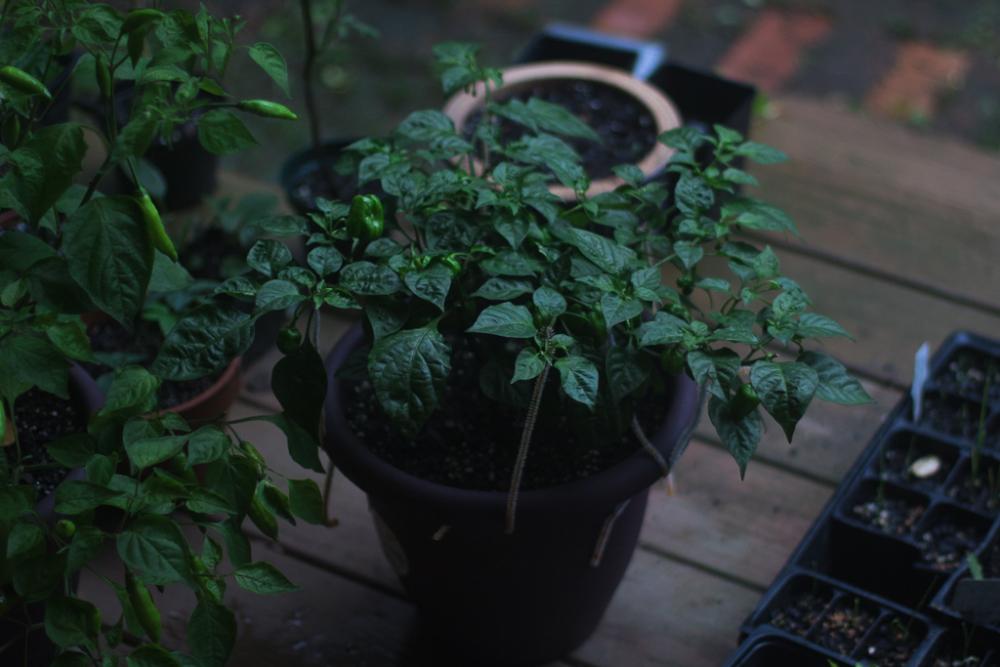 I'm a bit concerned about fruit weight, but that's a tomorrow-problem. I've done basically the same thing on a red hab, but one of them got away when I was out of town for work. 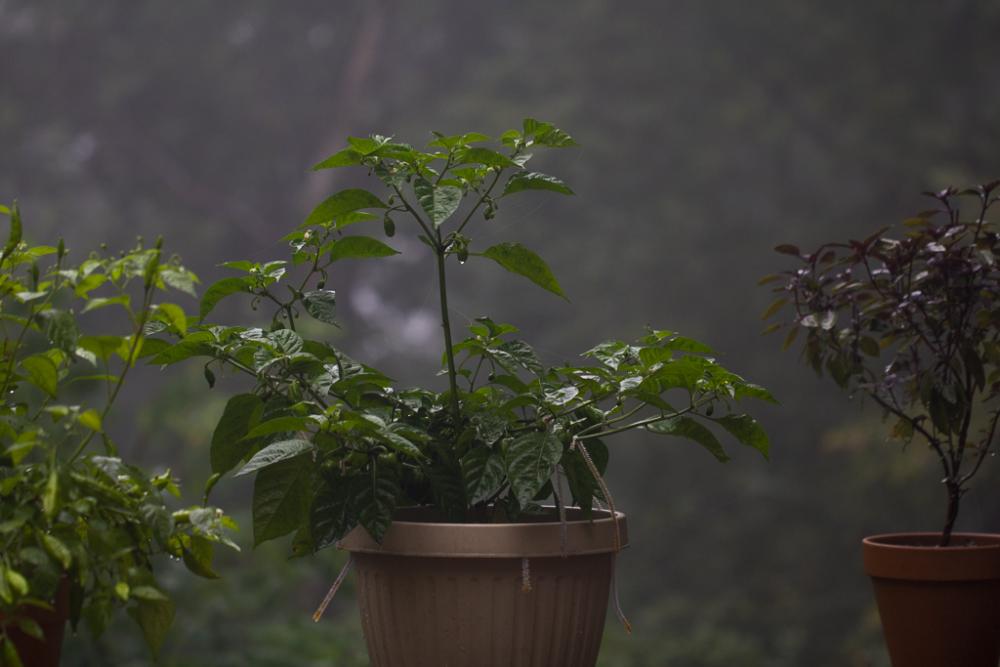 I figured that top branch may look cool later; plus it'll be poppin with pods. The same thing happened with the other hab, but I cut it off before it became too dominant. Which brings me to another [more basic biological] question. I made a clone with the other hab cutting, and I'm wondering if it'll follow the branching growth structure that one from seed will (like that first Y split..?).

So, where do I go from here? Any recommendations on this setup? Has anyone tried something similar with chinense? I've got a few Aji Limons going as well (baccatum), and didn't touch them. I didn't really know how to tame them with wires... I guess heavy pinching/pruning would have done the trick.

Looks like you are growing outside so space should not be an issue like it would inside. Is there a specific reason you are LST besides for an experiment?

Pot forums will have the best advice on LST but it has been done for a long time with other types of plants. Look up espalier - here is some info: https://www.starkbros.com/growing-guide/article/espalier-fruit-trees

It is low stress training with (usually) apple trees. Grape vines are grown in the same way so that might be another place to get some info that is not specifically pot related.

Here is another resource about from THP about topping and pruning. Not specifically LST related but could be useful: http://thehotpepper.com/topic/38705-a-simple-guide-to-topping-and-pruning/?fromsearch=1
You must log in or register to reply here.

seeds What to do differently when germinating baccatum and chinense vs annuums?