Finally got around to soaking seeds this morning

Still not sure what the final quantity of each of these is going to be, but most of these will be multiples; x2, x3, and some possibly x4. I'm aiming to keep it under 40 plants, total. This will be my biggest Grow to date, and my 6th year growing

Starting from seed, and will eventually be grown in 5 gallon buckets, in 5:1:1 mix, either using CNS 17 or Dyna Gro liquid ferts. I'm still undecided on which ferts to use; I've had great success with both, but CNS is soooooo much cheaper!

(^ all quantities subject to change)


Also split an order of plants with a buddy of mine from Cross Country Nurseries, to be delivered the week of May 6th:
-7 Pot Brainstrain, Red
-7 Pot Brainstrain, Yellow
-7 Pot Primo, Yellow
-Peter Pepper, Red (I had to, lol)
-Sweet Cherry Stuffing pepper x2 - I plan on stuffing these with prosciutto and provolone, and jarring them in oil

(gonna have to stay in the fridge though


Gonna be quiet in here, for a little bit, until it's time to take some decent pics, probably. Plant out isn't usually until mid May either, so.....

Anyway, wish me luck, and thanks for looking, everybody!!!
Best of luck, and happy growing to everyone this season!!!


Sent from my iPhone using Tapatalk
Click to expand... 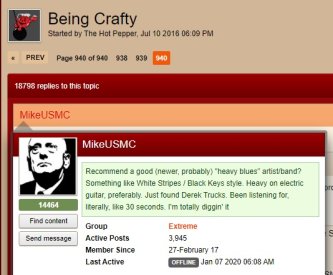