Extreme Member
I started developing my El Yucateco Kutbil-ik (EYK) replacement yesterday, using grocery store orange habaneros. “Hecho en Mexico” is nice for authenticity, but not freshness: I had to trim mold away from several, and all were well past their prime. I look all the more forward to using my own produce next year!

The first attempt turned out a lot better than expected; flavor is already pretty much as desired, just need to tweak the strength and consistency. I’m not going to give my exact recipe, since (like everyone else) I have a sauce company daydream I want to keep alive. I’m happy to leave a trail of breadcrumbs, though, and you’ll wind up with a similar spin if you follow along.

The marketing for EYK is that it’s based on an ancient Maya recipe, which is true in the same way that your home guacamole is based on an ancient Aztec recipe: a variable sauce of roasted, pureed habaneros has been a staple in Yucatán for thousands of years. Oddly, at least in the modern Yucatec language, k’uut bi ik is a common table sauce which uses dried chiles, while chile tamulado refers to the expected habanero sauce.

In fact, the phrase k’uut bi ik is itself the ancient “recipe”: k’uut (the apostrophe indicates a glottal stop) is the local mortar and pestle (and also things crushed with it), ik means chile, and the whole phrase means “to crush chiles with liquid in a mortar and pestle”.

Looking at recipes for chile tamulado and comparing them to the EYK ingredients list and appearance verifies that they are likely the best place to start. I wound up favoring a recipe from Yucatán: Recipes from a Culinary Expedition, credited to Noemi Gómez Garcia of Tizimín, Yucatán. It’s listed as a shelf stable variant of the recipe, which Noemi makes by the gallon during harvest and stores, at room temperature, for months (caveat emptor, but that bodes well for hot-fill-and-hold compatibility).

Her ratios are, by weight, 6:2:1 — six parts roasted habaneros, two parts roasted garlic, and one part 10% vinegar. Salt to taste.

My first attempt tweaked the ratios slightly, mostly by increasing and improving the liquids. Her ratios will make more of a paste than a sauce. I also added a small amount of tomato paste, in accordance with the EYK ingredients. My result is still thicker (and consequently hotter) than EYK by a lot. I’ll keep some of that, as the flavor is outstanding, but my next version will increase the liquids yet further for something more pourable.

I’m surprised and pleased to have a reasonable recipe right off the bat! The flavor of EYK is so deep and indescribable that I assumed it would be difficult to replicate. Maybe what I find so alluring about it is just the flavor of habaneros. This bodes well for next year…

(Does anyone not keep and reuse Tabasco bottles? The price of the stuff is easier to stomach if you think of it as including a high-clarity, thick-glass bottle!) 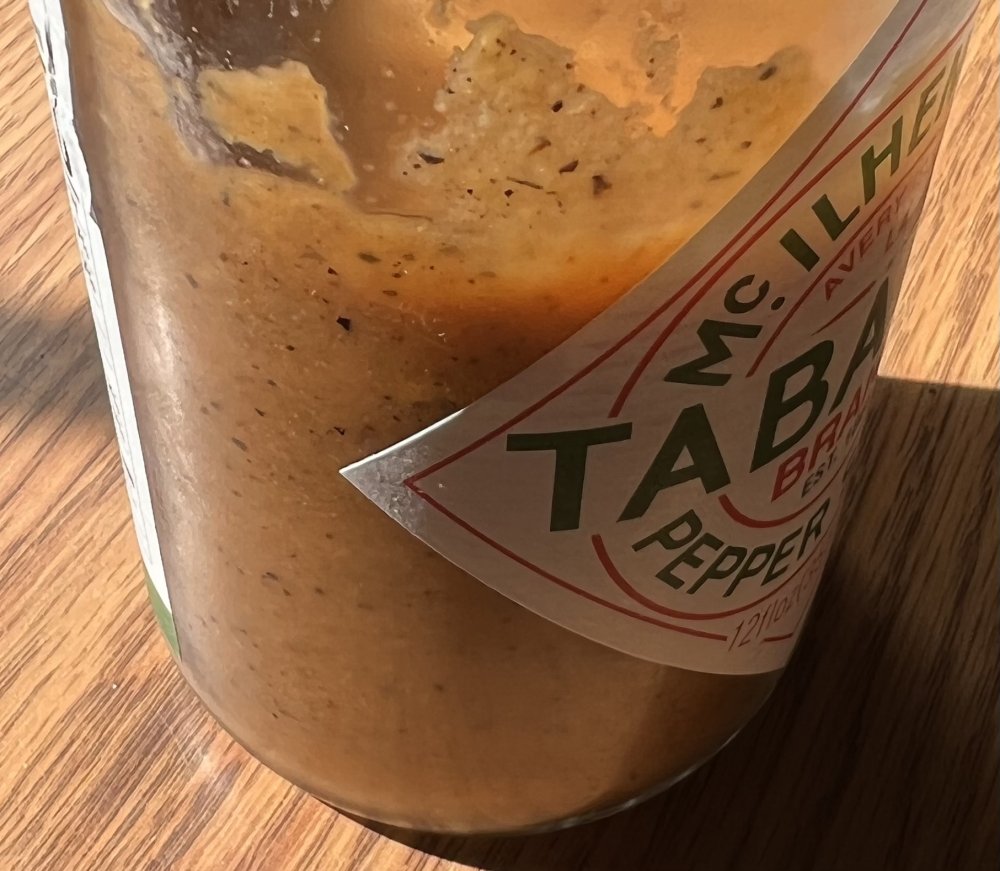 Admin
Sounds good! I would work on the color, the look of creamy Italian dressing is not as appealing as a vibrant hot sauce.
Want a signature for fun or advertising?
Extreme members can put text and a link here!
Extreme Biz members can put text, a link, and an image!

Extreme Member
The color is pretty close to El Yucateco’s, and I get satisfaction from the minimal ingredients list. My recipe has just six ingredients, and that includes water and salt. That said, I can see wanting other sauces I develop to be more vibrant. I’m not sure how I’d approach that...

Do folks try to incorporate colorful ingredients when establishing the flavor profile (like using carrots as sweetener), or use natural or artificial dyes to to introduce the color without altering flavor?

Admin
I do all natural. The peppers end up being the color, you just need a lot of them, so if I want a red sauce not too hot I may use red jalapenos or even bells, and plop ONE reaper in there for some good heat. If I want extreme I can use all red reapers! I've even had a nice color green sauce that used green reapers. You can use peppers at different ripening stages, or different color varieties, to control your heat as well as color. Other people here use things like beet juice etc. But I tend to use the flavors I want as the colors and try not to introduce any others.
Want a signature for fun or advertising?
Extreme members can put text and a link here!
Extreme Biz members can put text, a link, and an image!

Admin
It's hard to see your color but yeah it is close to that one you copycatted, if not a little more beige. I'm glad you got close to it. It's just not that exciting of a color for me. Apple sauce does not look exciting on a plate. If you know what I mean.

Admin
I remember liking a sauce that has this same coloring! Like apple sauce with specs in it. I can't remember what the hell it was. I'm going to try to remember lol!
Want a signature for fun or advertising?
Extreme members can put text and a link here!
Extreme Biz members can put text, a link, and an image!

Admin
Boom, got it. I think you would dig this. I have very fond memories of it.

Extreme Member
Looks right up my alley! Thanks for the heads up.

Admin
If you end up liking it it comes in a gallon lol! 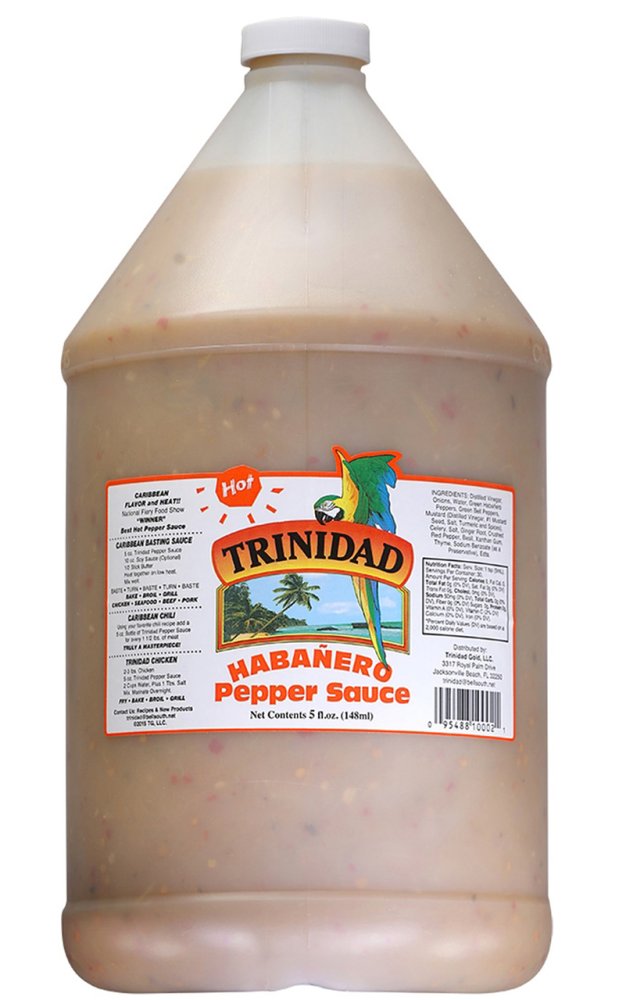 Extreme Member
I tried Secret Aardvark once and liked it so much I bought a gallon. I swear to god, the day that gallon entered the house was the last day I used Secret Aardvark, or near enough. I don’t know why… maybe the effectively-infinite supply reduced its allure.

But now I top out at around “family size” and avoid “this was only meant to be seen by professional kitchen staff” sizes.

Admin
Aardvark makes a good product, I can actually see it going big time (and it's already quite big). But I find the original too tomatoey, it has this reminiscence of cream of tomato soup.
Want a signature for fun or advertising?
Extreme members can put text and a link here!
Extreme Biz members can put text, a link, and an image!

Coming late to the party, but I really wanted to give my two cents about sauce color.
Personally, I found that if you want a deep red sauce, adding few brown specimens(choco apocalypse comes to mind) can go a long way.
You must log in or register to reply here.

C
recipe-help Percentage of acid or acid by weight methods?