Recently I've recieved a lot of free samples to review for my blog and this week we're seeing the first of them. This particular one is brought to you in conjunction with a local business who wanted an outside opinion on the quality of these sauces. Here it is:

This week, spice lovers, we take another look at the first of my Screaming Chimp Samples and I figure, why not start with the basics? Their original sauce. The one that got their company going.

Designed as a hot but usable wing sauce, the makers’ choice of ghost, scorpion and fatalii chillies seems like a bold one.

“Ghost Pepper” and “Trinidad Scorpion” are names that hardly need any explanation these days as even the average person on the street has heard tales of the former’s insane strength by now. They’re plastered on the side of many a challenge-oriented sauce and always boasted about as a selling point.
And the fatalii, while lesser known, is definitely not a novice’s pepper either, having made itself known in the chilli community with a very unique blend of heat that hits well above its habanero-like scoville rating.
So to see them here, talked about like they were some gourmet flavour, is quite a surprise. A pleasant surprise, though, as they do actually bring a lot to the table in that department.

The ghost pepper, as I’m sure you’ve heard me say before, is an interesting all rounder of a chilli, with deep red, fruity and even citrus elements, all balanced such that different sauces can easily bring out different sides of it.
But its not hard to see what side they’re going for here. The scorpion and fatalii are both fruity chillies and so too are the milder (but still far from mild) scotch bonnet and lemon drop. All but the scotch bonnet have citrus notes of some sort and the lemon drop actually tastes very strongly of its namesake fruit.

And, if that wasn’t enough to clue you in, the sauce also contains orange juice, lemon juice and cider vinegar, all of which tend to produce a sharp and fruity flavour.

All that can be gleaned from the finely printed text on the sides of this bottle but the front actually tells us remarkably little.

Screaming Chimp’s branding is, as I mentioned in my introduction to the company, very strong. That three colour chimp logo, front and centre is practically unforgettable and its facial expression sure implies heat. If I were an average shopper who didn’t know they had an entire range marked with it, I’d be expecting a three plus from this one for sure.

And indeed, they have a three chilli rating beneath it, though we have no way of knowing from one bottle what their scale goes up to.

If the chillies they’ve chosen are anything to go by, we could be looking at something well in excess of my scale’s five but, on the other hand, the total pepper content of this sauce is a mere 5.2%. That’s not a high purity at all.

And, of course, being their original sauce, its red-backed name tells us very little. So I guess it’s time to find out what it’s like the old fashioned way. 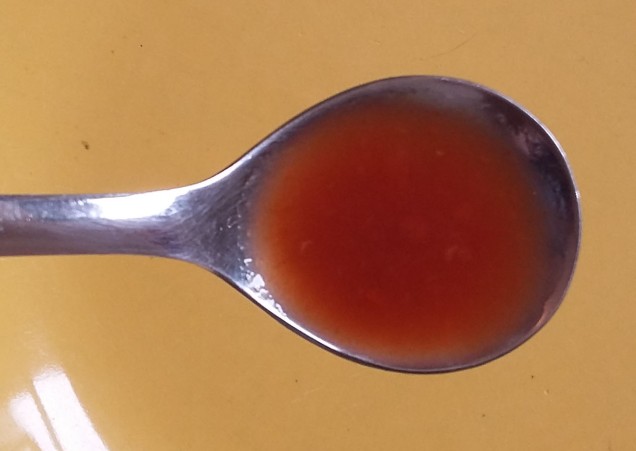 As it turns out, what we have here is a stinging heat, presumably from the scorpion and fatalii content, that rather resembles the chocolate habanero sauce I tried in january. It comes in fairly quickly, too, though not before the sauce’s flavour, and its peak strength is also pretty close to that habanero one. A
[SIZE=300%]4/10[/SIZE]
[SIZE=300%]Heat[/SIZE]
towards the low end of that number but definitely at the very top of what you might get with the more common habanero varieties.
It’s a good, rather throaty burn that doesn’t overstay its welcome or hit like a superhot product, despite technically being one. It’s definitely strong but its not outside the realm of what habanero and scotch bonnet lovers will be able to enjoy.

Most importantly, though, at least as far as I’m concerned, it has none of that floral taste and instead comes in a wonderfully fruity sauce. As I had expected.
What I wasn’t expecting, however, is where that fruitiness comes from.

The orange and lemon are certainly there but the main fruit here is actually the tomatoes. Fresh tomatoes, mashed and simmered down to act as the base of the sauce.
It’s something that we often forget but tomatoes are indeed a fruit and this sauce really makes that apparent. They do genuinely taste like one when prepared in this way.

The chillies that I was expecting to impart that fruity flavour actually don’t do a lot outside of giving this sauce heat, I’m sad to say, but the honey and sugar definitely pull their weight in counteracting the sourness of the more acidic ingredients. In doing so, they almost give the sauce a sweet and sour taste but its tomato, orange and lemon flavour remains its own unique blend.

[SIZE=medium]If you’re wanting a sauce centred around its hot and fruity chillies, this sauce tries but fails to be that.[/SIZE]
[SIZE=medium]If, however, you just want a delicious fruity sauce with a good heat to it, then you definitely won’t be disappointed.[/SIZE]

[SIZE=medium]The Screaming Chimp’s Original Hot Sauce is an excellent choice in the flavour department, regardless of how minimally its pepper content comes through, and it would most certainly be at home on chicken wings as the makers suggest.[/SIZE]

[SIZE=medium]What I actually see this product doing best at, however, is acting as a cooking sauce to fry up chunks of pork, duck or tofu in a chinese style, perhaps adding noodles, spring onions and a few other vegetables, should you want a full meal out of it.[/SIZE]

[SIZE=medium]If this sample was mine to keep, it would be gone pretty quickly but it’s not. I have to return it to the shop it came from so that they can form their own opinions.[/SIZE]
You must log in or register to reply here.