Anyone participating in environmental groups or events?

They say you can watch the world like a movie. I say you can also reach into the picture and change things. That's why I've been involved in local environmental activism, running the Friends of the Scioto River.

I got involved at first because I kept hearing news reports of someone jogging a bike trail, being assaulted by someone who came out of hiding in "the bushes" and I knew those were Amur honeysuckle, a major problem invasive plant in this part of the country.

Meanwhile I saw an ad for organizing a "friends of" group for the Scioto. There already were several others for other streams in the area. I joined, and after a few annual elections I eventually became the Chair.

The City of Columbus uses the Scioto as part of the drinking-water supply, so the Department of Public Utilities maintains the grounds along the reservoirs, including roads and bike trails. In 2005 I began to organize honeysuckle removal events, not only for trail safety  but for the entire park grounds, because the honeysuckle smothers out all other undergrowth, including tree seedlings. Eventually the honeysuckle forms a solid bank of dense brush, and as the tree canopy dies off without regeneration, eventually there is nothing left but honeysuckle and standing deadwood.

Columbus (Ohio)  provides a crew with chainsaws and a chipper truck. FOSR wrangles volunteers who drag cuttings. We typically produce about 10 tons of chips in an event. The park opens up; I joke that we have ruined a lot of good secluded party spots. 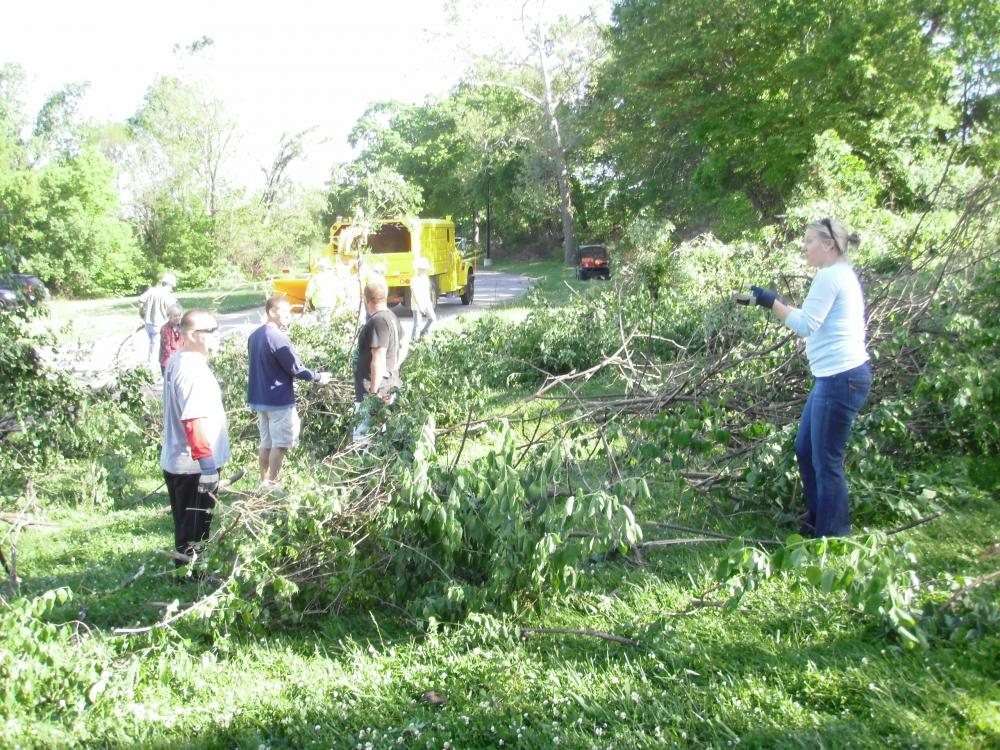 We  organize litter cleanups along the river where trash has floated in and washed up. Most of this is plastic like bottles and bags and sheets, but you would be surprised at what can float, like a truck wheel or a bowling ball. All of that stuff is on its way down the Scioto to the Ohio River, to the Mississippi, to the Gulf of Mexico. Of course we can only catch a small part from our little branch of that whole watershed. 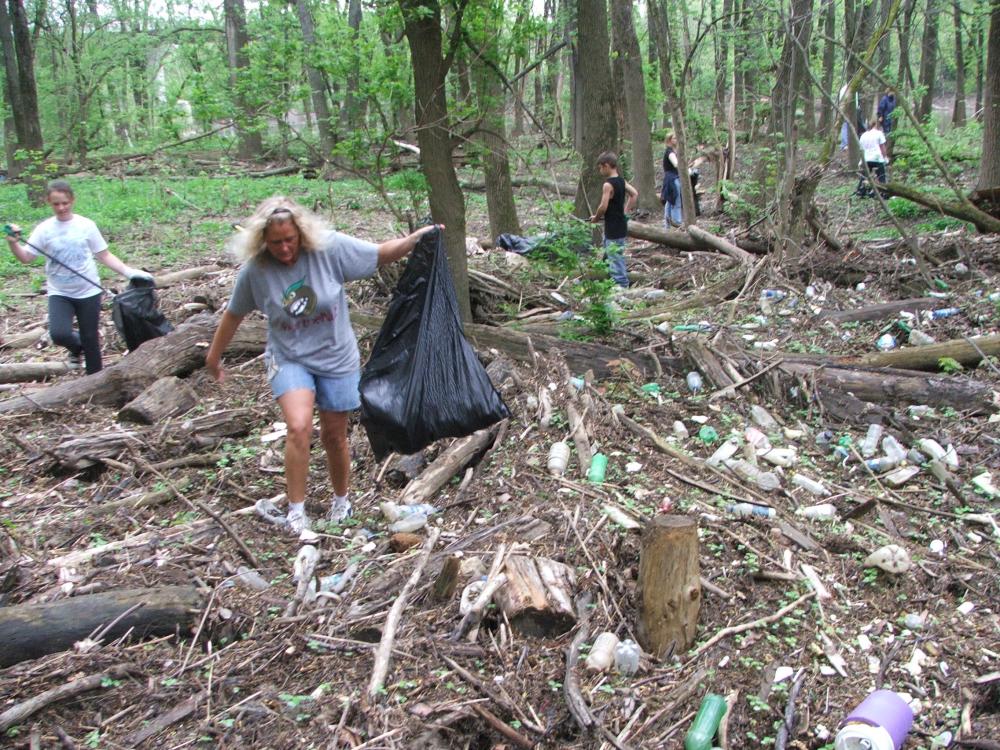 We have tree planting events, and we create rain gardens. The goal is to improve water quality in the watershed.

We are not alone. The local sister groups have organized into the Central Ohio Watershed Council, along with other groups like the local Sierra Club. Together we can meet with local officials and agencies to help guide policy and obtain permissions for events, and coordinate participation in their events.

Our groups can draw on pools of volunteers from around the community. Many companies expect their employees to participate in some kind of annual community service, and some choose  to work with our groups. Being able to call them up to work toward making a visible difference is like being able to throw lightning bolts. Look around and you can probably find some kind of volunteer opportunities or programs.


There are things you might do on your own, like backyard wildflower conservation or maybe set up rain barrels (free water for the gardens). Each of those is a story in itself. 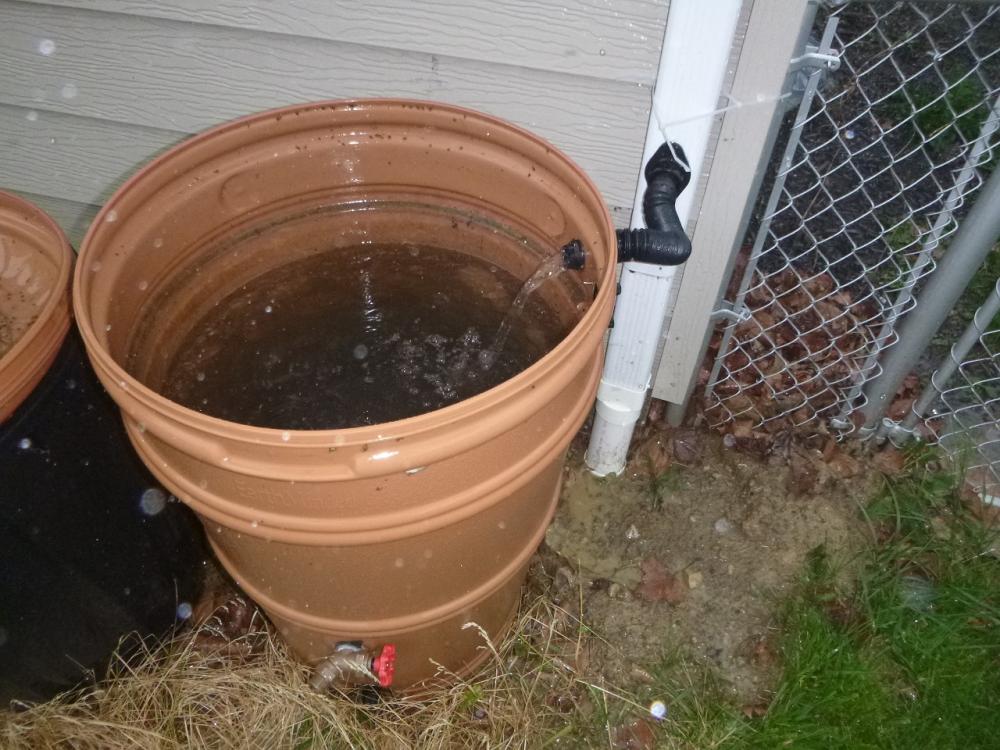 Thanks for doing your part, a much bigger part than most at that! People used to think of the river as a disposal for everything, from entire cars to solo cups. On my little part of the river, I myself have pulled out tarps, miles of orange bailing twine, treated lumber, car parts, buckets, plastic bottles, etc etc etc etc. And yet the Methow River is touted as a "world class" Steelhead fishing river. People make me sick. There are groups around here and they are slowly gaining ground on the crap that these rednecks have done over the last 10 generations.

At least they have ceased mosquito spraying the entire river with DEET from crop duster airplanes.

Good on you for trying to eradicate honeysuckle. That shit is cancer. Back when I did more than freelance tree care our crews did a bunch of invasive clean up. Mostly buckthorn, which is probably even worse as far as forest regeneration is concerned.

Extreme Member
I volunteer with the Beaver Watershed Alliance doing all the things described here.  Beaver Lake is the primary water source for much of NW Arkansas.  Though, ironically, I have a well for my water and live in the Illinois River watershed.  I was surprised to learn that a couple years ago after living here for 30+ years.

Last Saturday I picked up trash along the White River; Tuesday I helped with maintenance on a rain garden; Saturday I'll help with a cleanup on Richland Creek if I can catch a ride.

I absolutely loathe bush honeysuckle and privet, yet still have both on my tiny <2 acre patch of land.  And please, please, please don't even think about starting a patch of golden bamboo, Phyllostachys aurea.
Plants are people, too.

Scoville DeVille said:
Thanks for doing your part, a much bigger part than most at that! People used to think of the river as a disposal for everything, from entire cars to solo cups. On my little part of the river, I myself have pulled out tarps, miles of orange bailing twine, treated lumber, car parts, buckets, plastic bottles, etc etc etc etc. And yet the Methow River is touted as a "world class" Steelhead fishing river. People make me sick. There are groups around here and they are slowly gaining ground on the crap that these rednecks have done over the last 10 generations.

At least they have ceased mosquito spraying the entire river with DEET from crop duster airplanes.
Click to expand...

Atleast it's just individual idiots doing it (we have plenty of those)and not your state whoring itself to the energy industry and privatizing public lands. Our biggest and only federal land in this state is owned by gas companies. 500,000 acres of gas lines and mud roads silting the streams. It's public land that is posted. Makes sense,right? Pitch your tent right next to a leaking gas well.

Extreme Member
Our state used to be a Natural Resources leader.. I spend time picking up litter in the woods, especially spring and fall, while I'm foraging. I also do some culturing and species diversity work in our natural areas during the year. One of my upcoming projects, early this spring, will be expanding on the Elderberry offerings locally, including the State Park.
Muta sicut vulpes
Public Capsicum Library Collection

We have several flood-control reservoirs surrounded by woods. Sometimes the pool level is something like 15 feet above normal pool, and the floating litter washes up way back into the woods - it looks exactly like a high-tide mark on a beach, except the water isn't even within sight.
You must log in or register to reply here.

off-topic Ever Feel the Need to Watch Paint Dry? Here's Your Chance!

The loss of a great friend.
2