General Tso's Chicken is one of the better dishes from our Chinese repertoire, although it's not really technically an authentic Chinese dish, but rather an Americanized creation. Nonetheless, we really like it, and always make it nice and spicy.

The other day, I thought we could try it with chicken wings, and The Missus really loved the idea, so last night, we went ahead and made them.

First started with some wings: 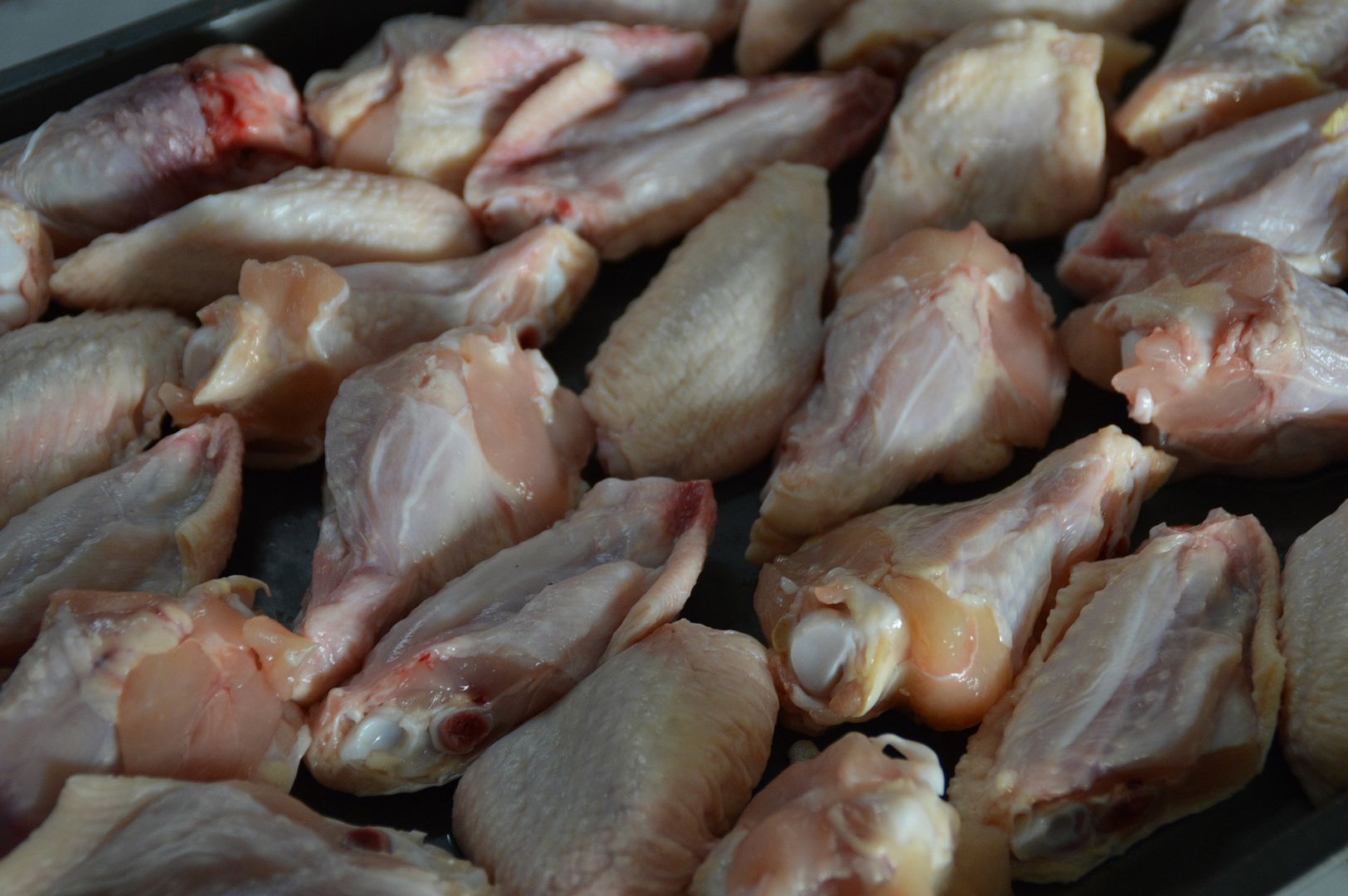 Then seasoned them up with Chinese five spice powder, ginger powder, garlic powder, and salt: 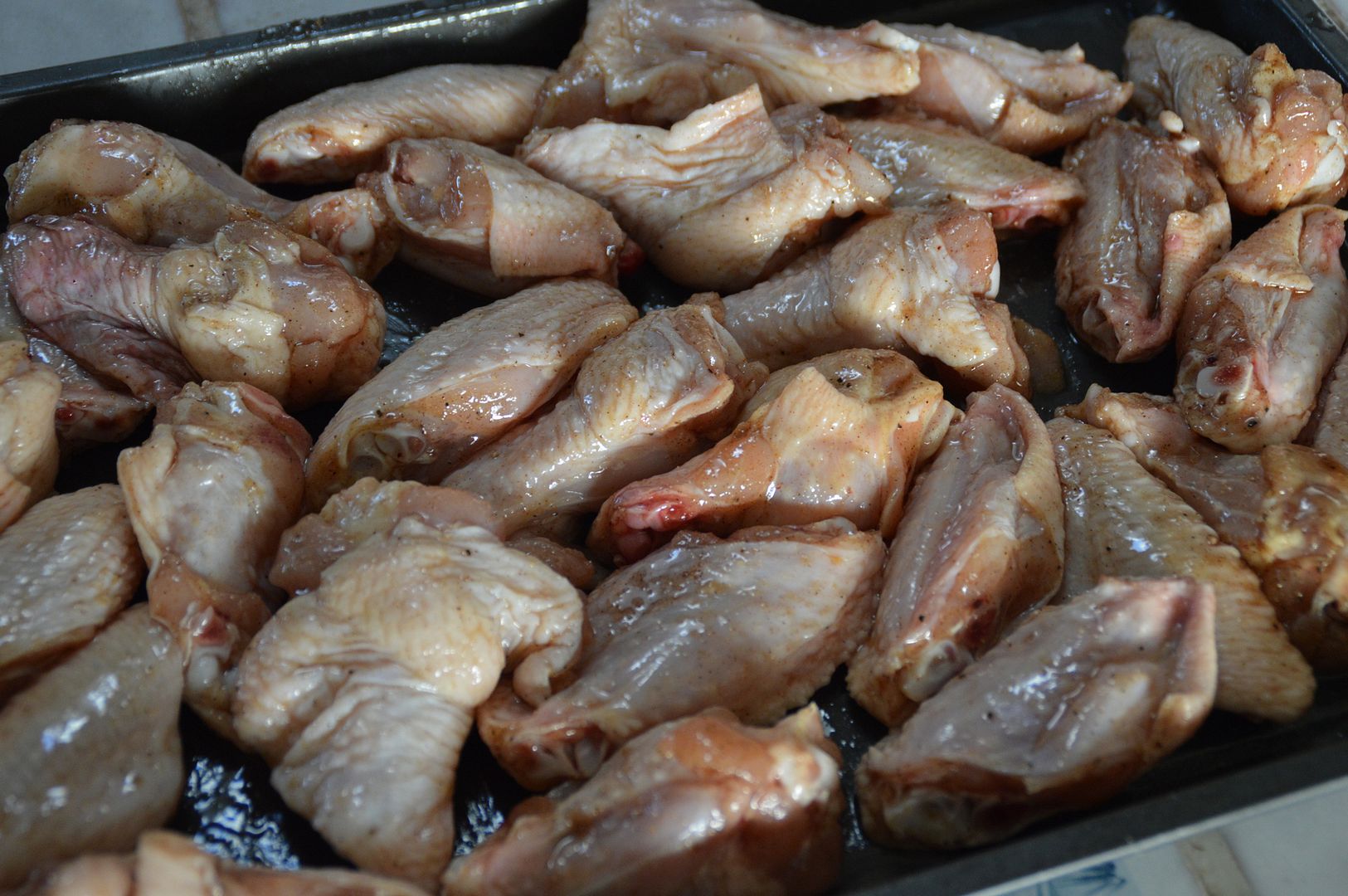 The wings then went in the oven to cook at 325 degrees for about 30 mins. While the wings were in the oven, I started on fresh ingredient prep. Ginger, green onions, garlic, and jalapeno: 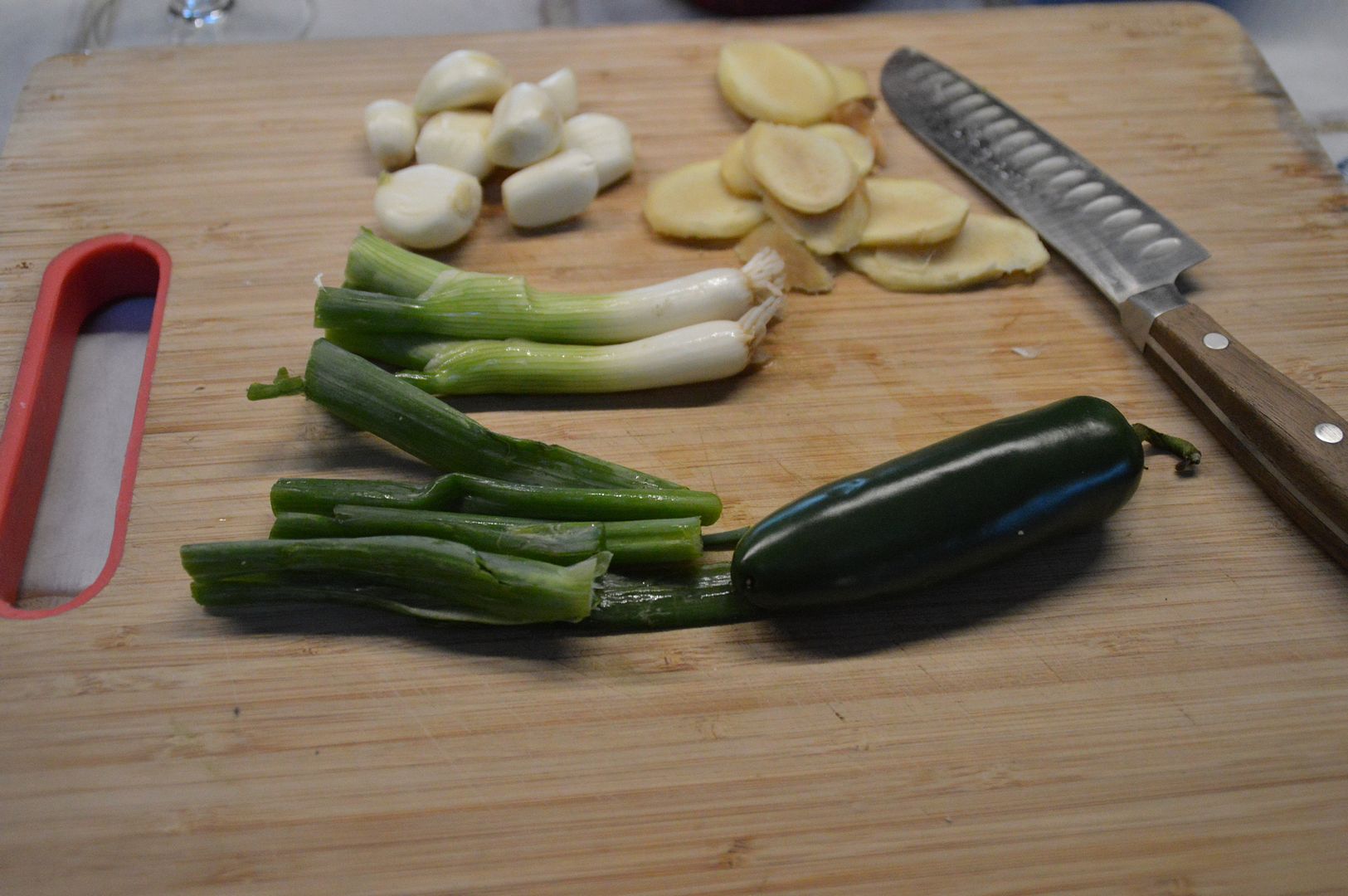 Most of everything chopped up, including some partially seeded chile de arbol: 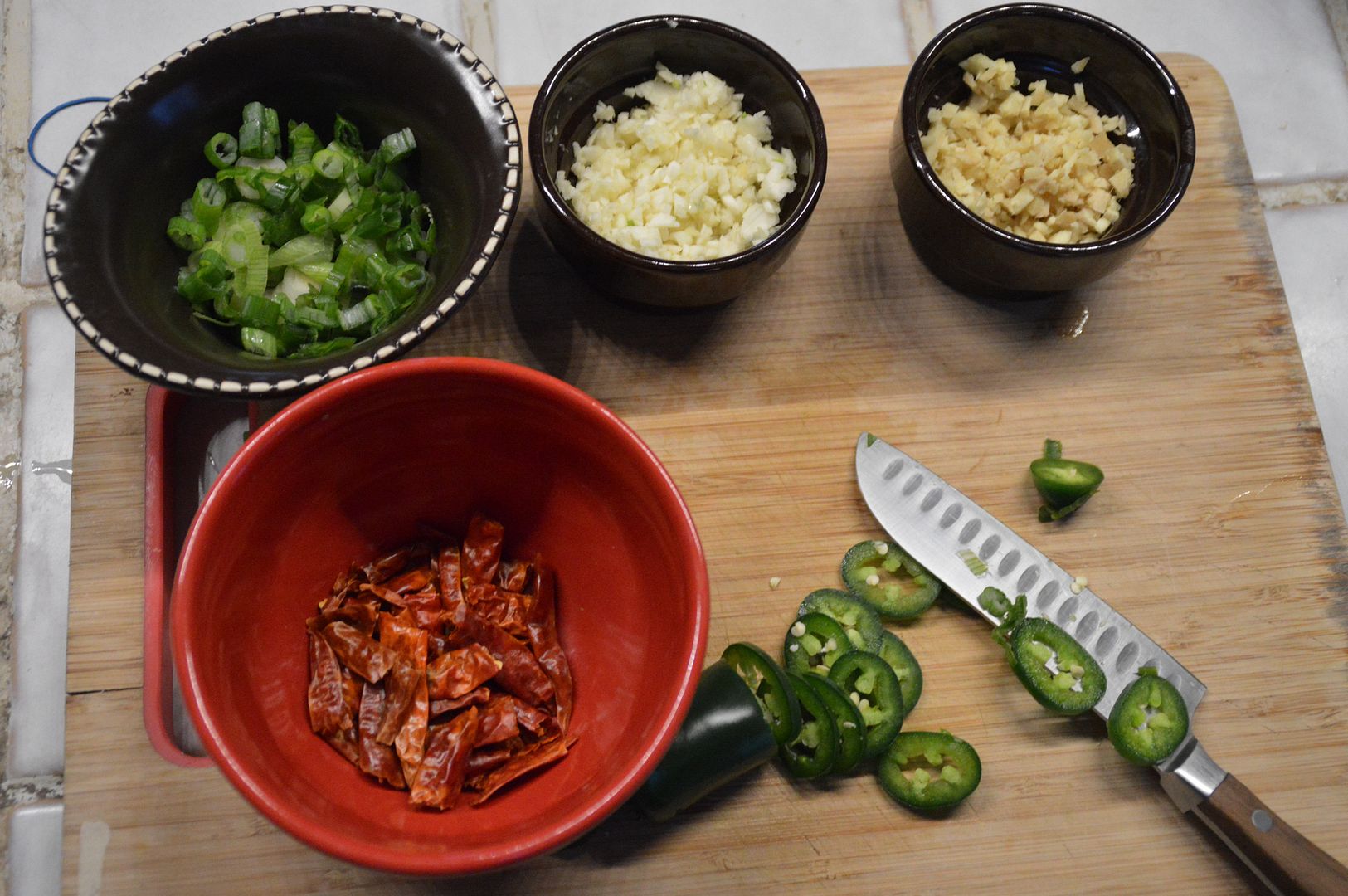 Then I added the arbols with some oil to a cast iron skillet to brown and infuse the oil with the chile goodness: 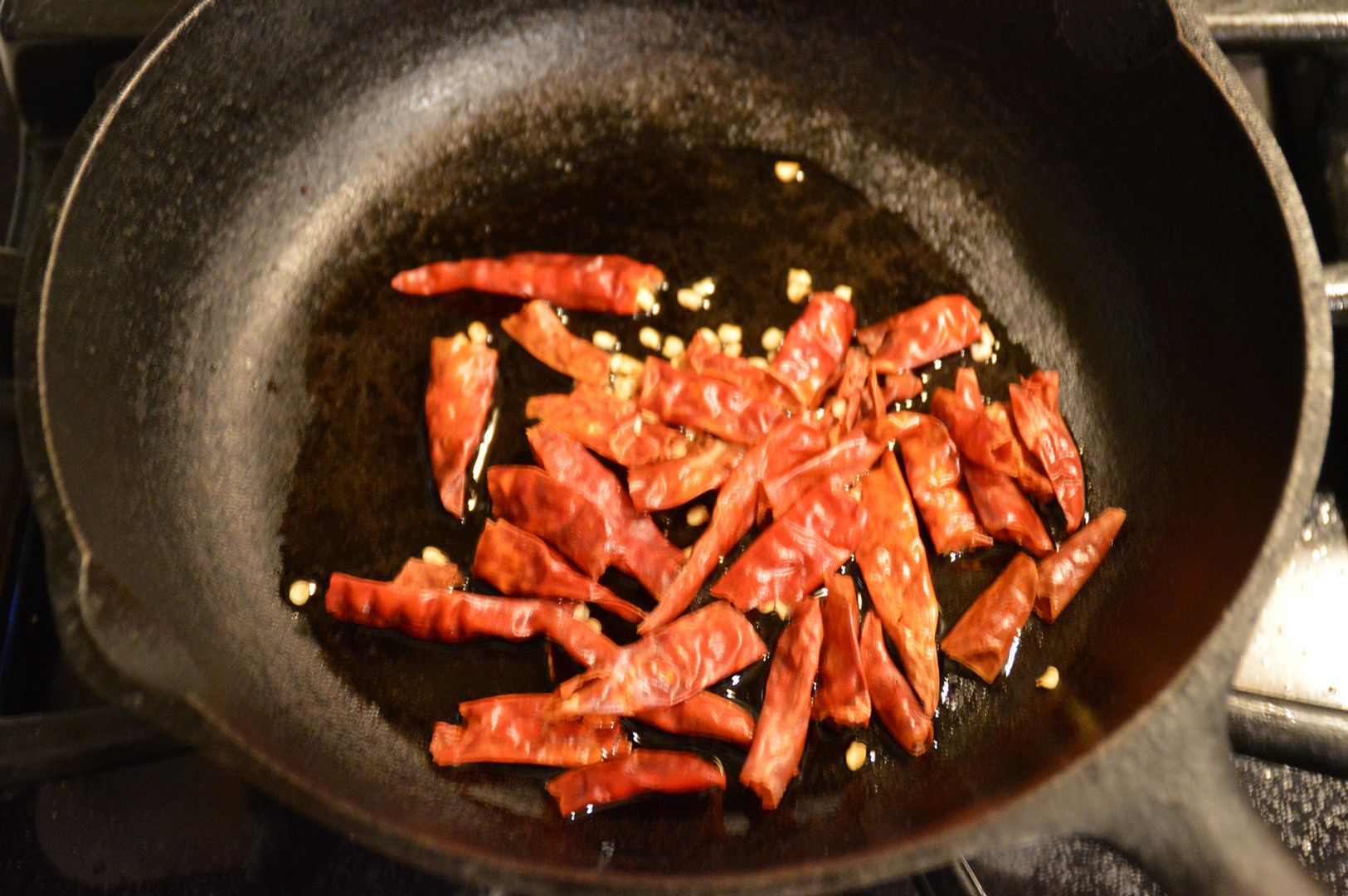 After the wings came out of the oven, we let them cool a bit, then in they went into the deep fryer for about 10 mins: 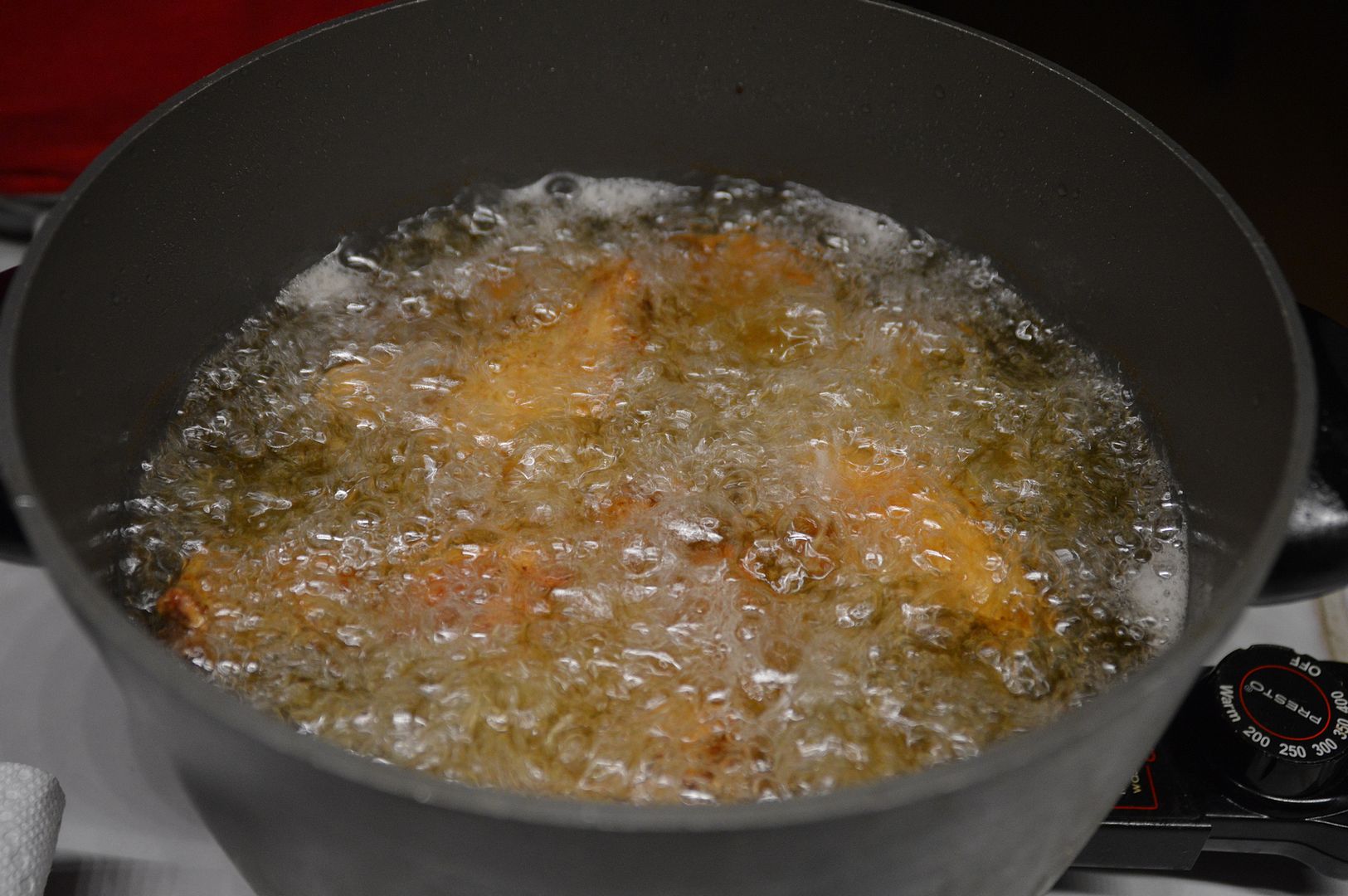 Out of the fryer: 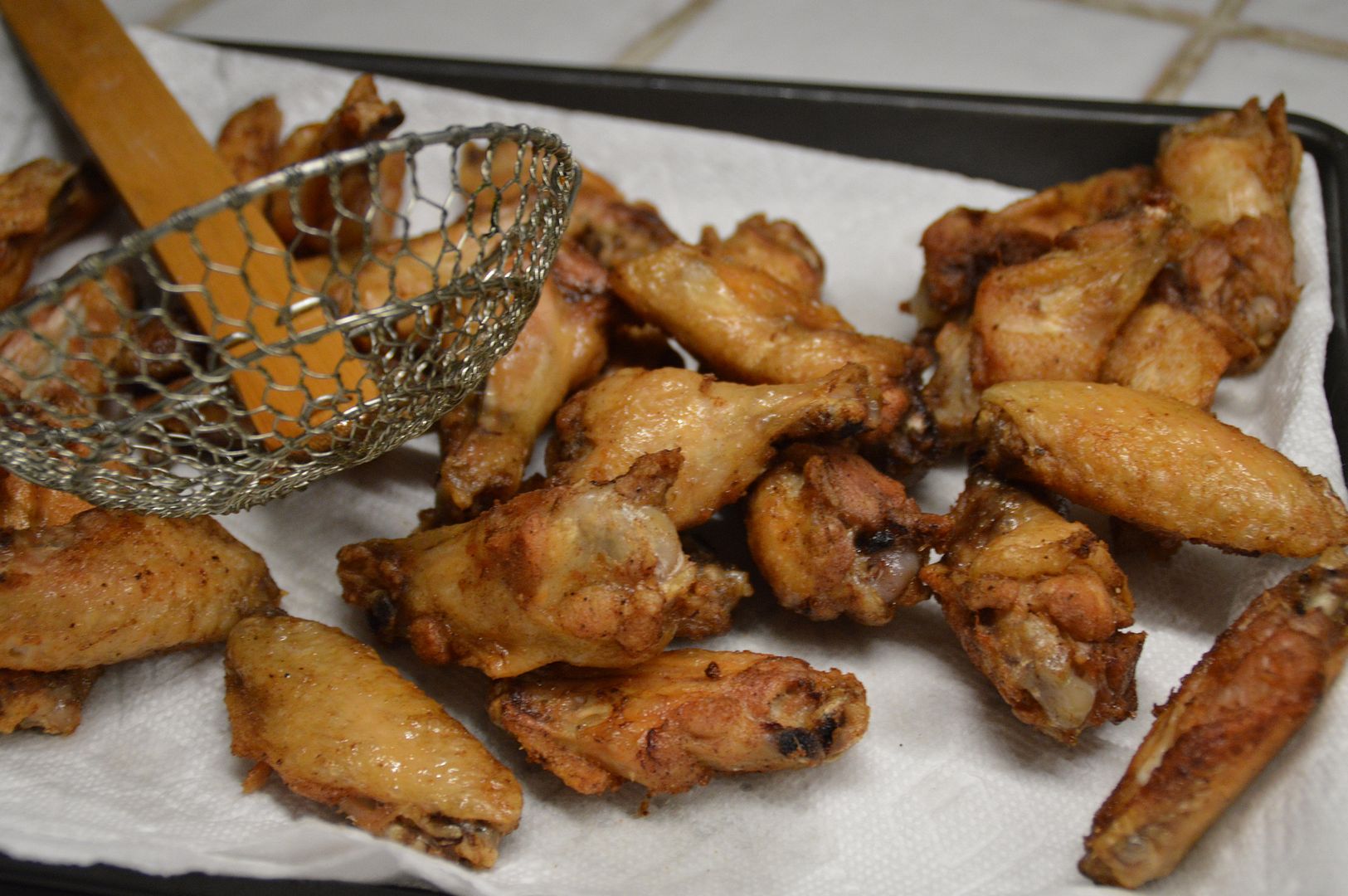 Then I put the sauce ingredients into the wok to get it nice and hot: 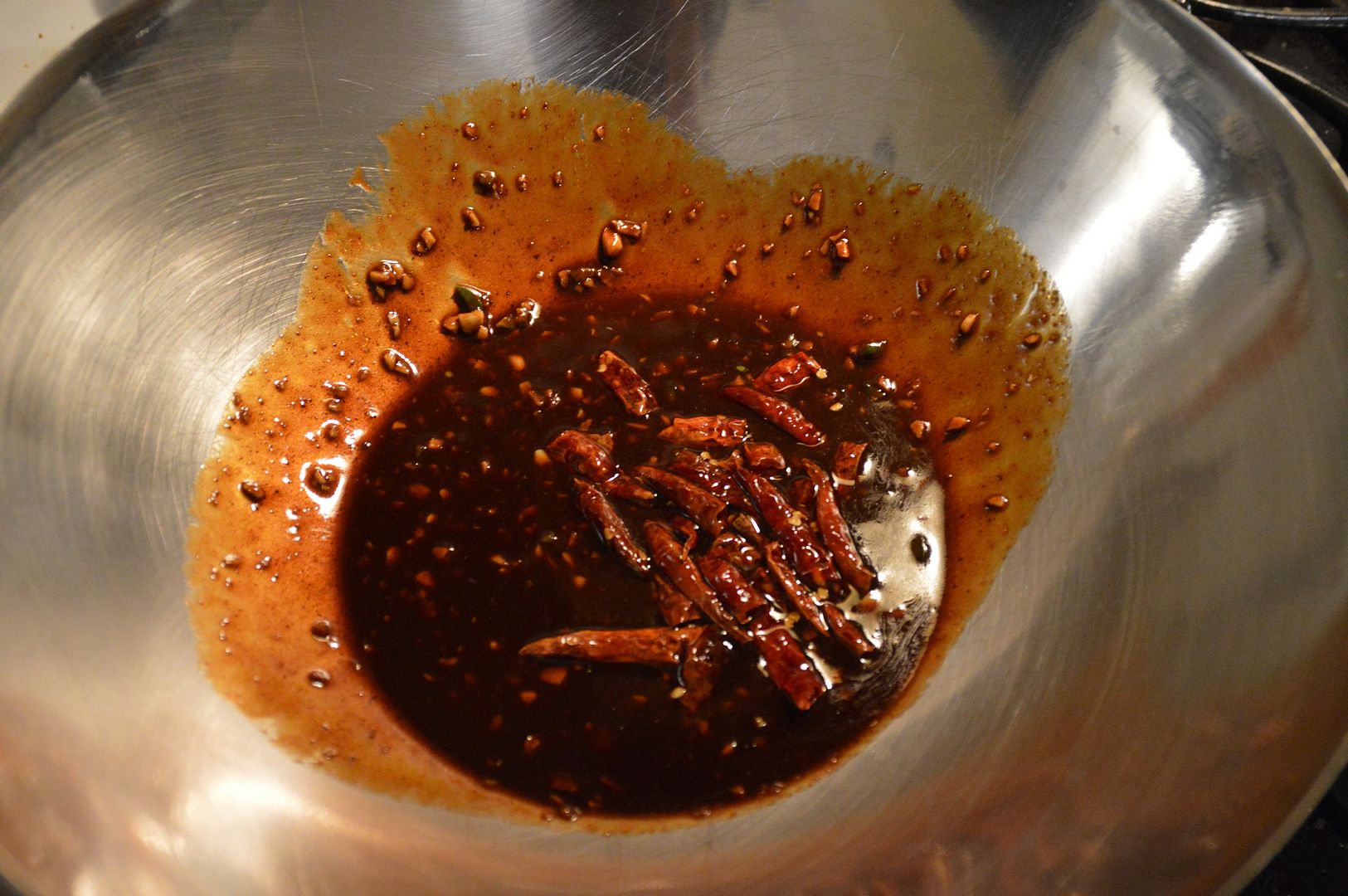 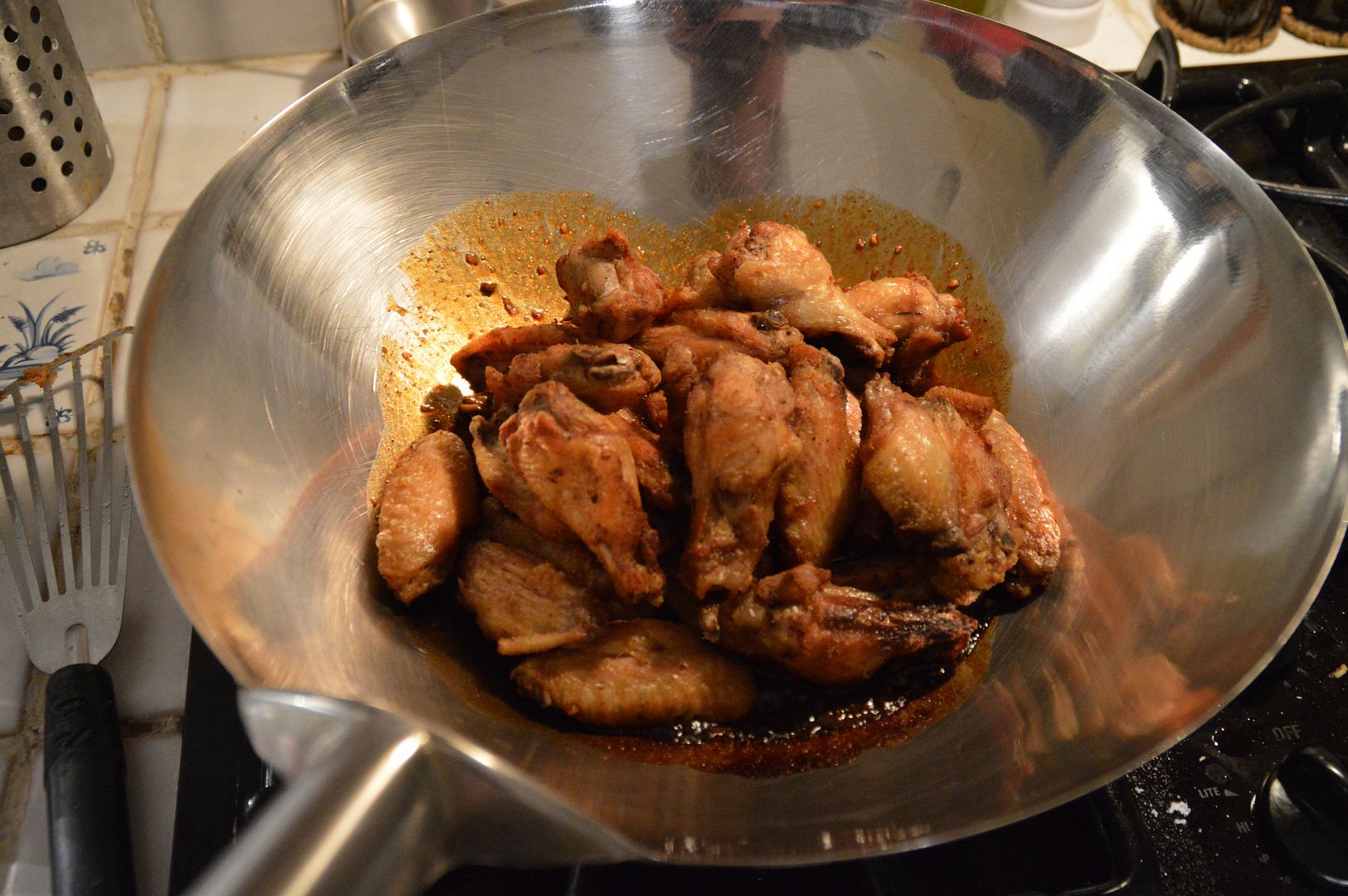 The wings got tossed in the blistering wok so they could be fully coated and anointed with the sacred, spicy sauce: 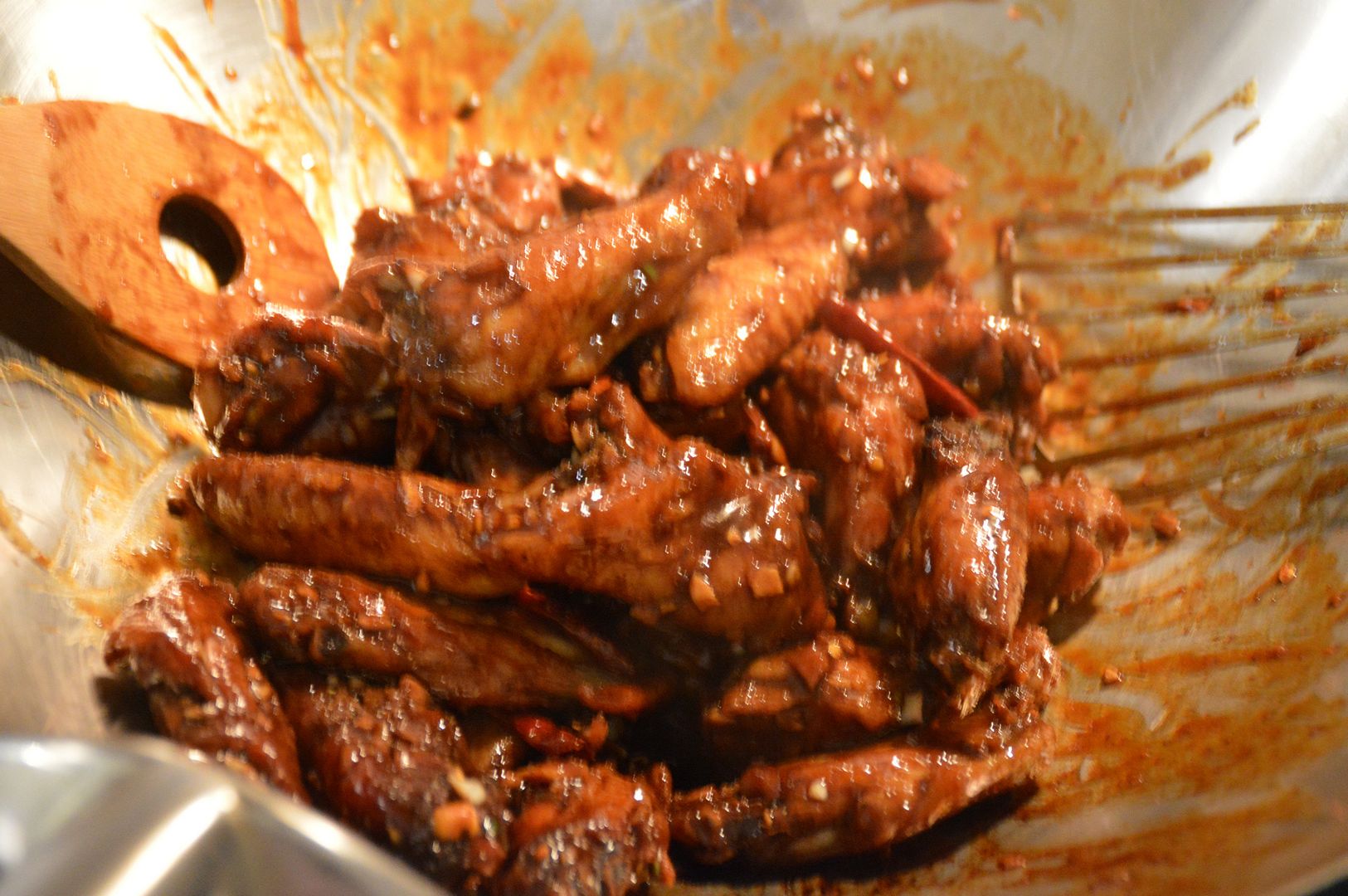 The wings were served immediately, with a bit of sesame seeds sprinkled on top along with some homemade fried rice that The Missus cooked up: 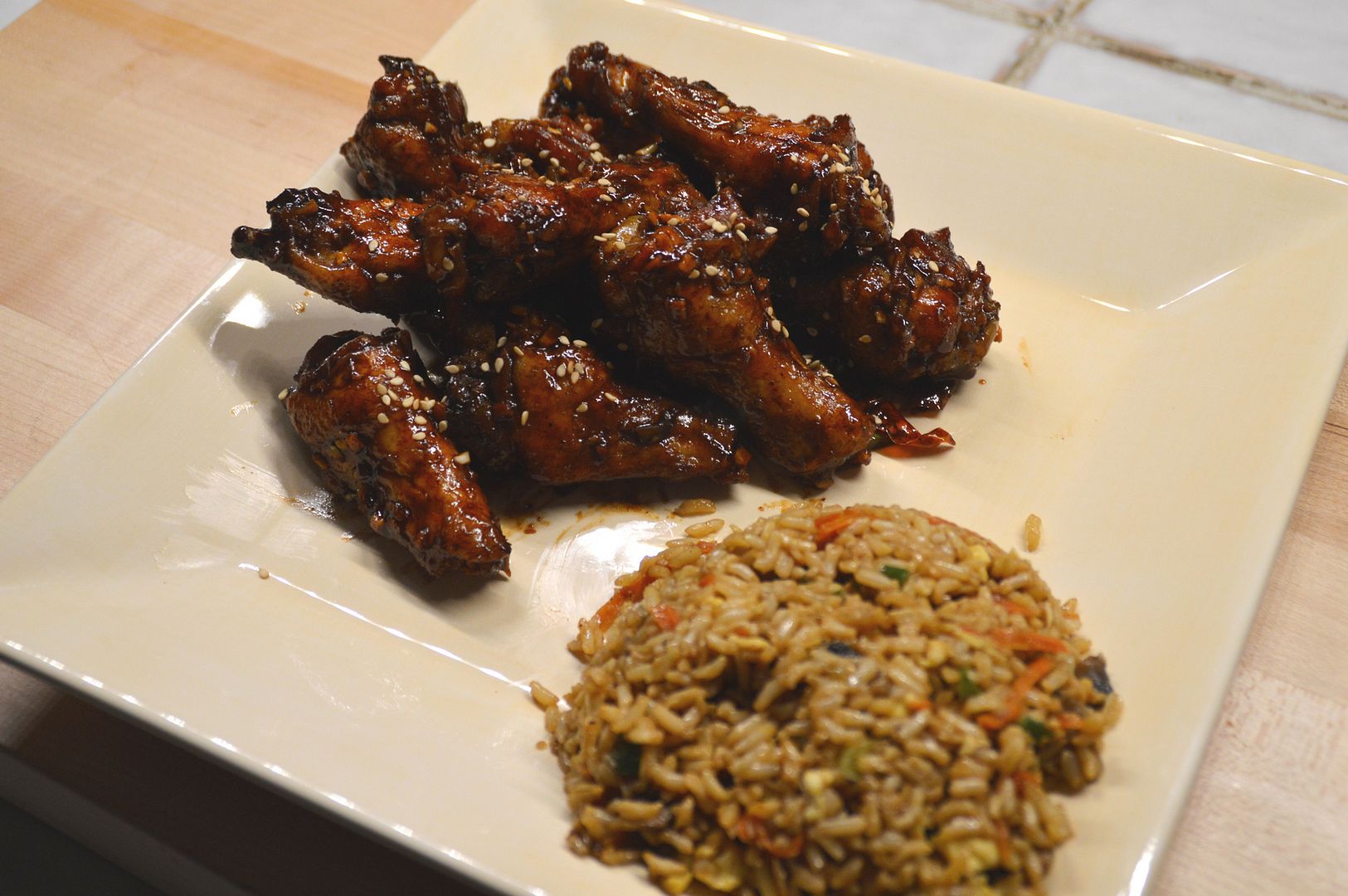 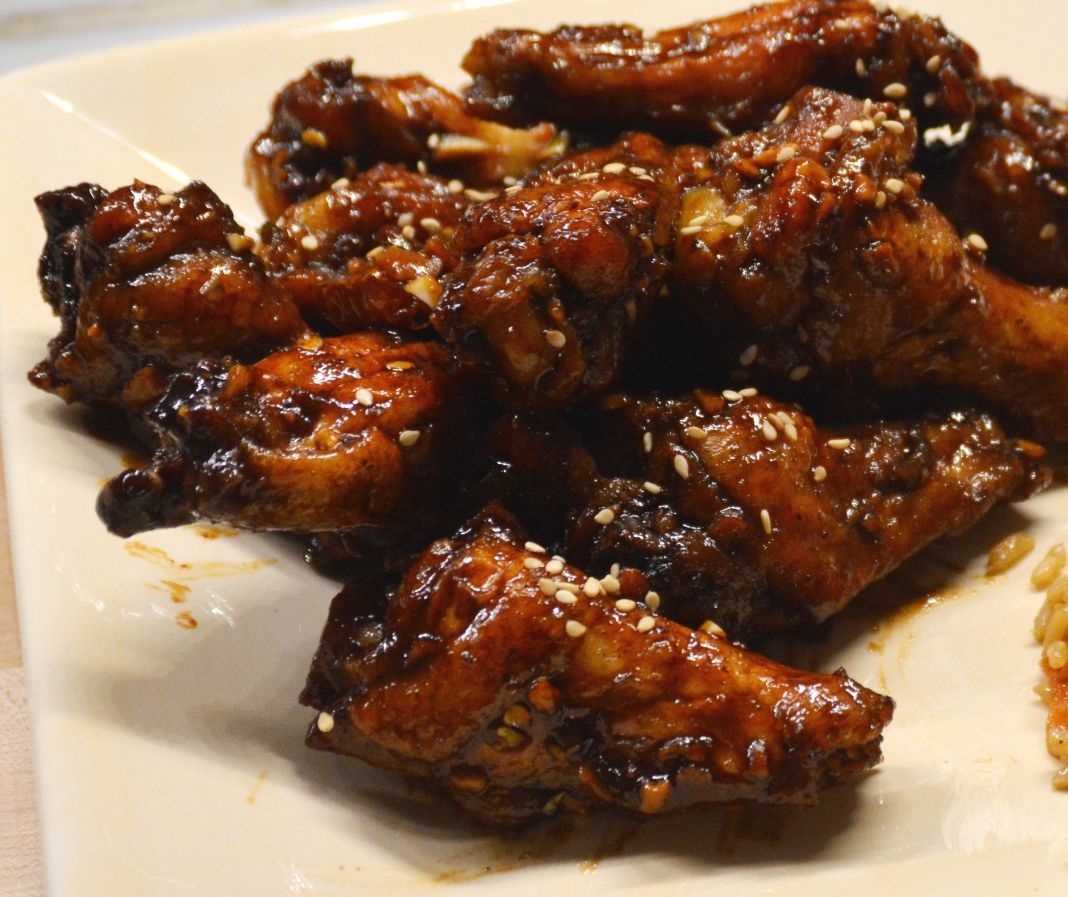 The wings were delicious and packed a marvelous kick!

The basis for the recipe can be found in this post:

If you decide to try the recipe with wings instead of boneless chicken thighs, go straight to steps 5 & 6 after the wings have been par cooked in the oven, then deep fried. You can also par cook the wings on a grill for an added layer of flavor.
Click to expand...

Looking good and they sure make me hungry !!

you sir have knack for making delicious looking poultry

I gotta say, I am from western NY and the birth place of the BUFFALO wing right down the road. I was in poughkeepsie NY and we (my boss and I with a couple other workers) ordered some Sweet and Spicey wings, and some medium buffalo style wings from a local joint down the road.... Worst mistake ever. They did not have Sweet and spicey, so they sent what looked like thousand island dressing but they said was "General Tsos" on the side of some crispy, burnt nastiness (the wings) and it was horrible. The buffalo wings were tossed in watered down franks red hot.... I called back and complained, they send new wings... this time the wings were all sent dry (cooked correctly but no sauce) with some even worse concoction of liquid next to them in a souflee cup.... We got some BBQ from the hotel staff, dressed our wings in that and ate them that way. That experience completely ruined anything "general tso" for me

But the wings you made look GREAT. I would have to substitute anything sesame with vegetable oil though.... Sesame and I do not get along, it tries to kill me HAHAHAHAHA. Great job on the wings though. Again, they look amazing. I just had to share the story LOL

Those look amazing!  You did it right all the way.

I wish i could "Like This" at least 3 more times.

Those look amazing..
You must log in or register to reply here.
New Posts