Hey guys and gal's from OZ. After reading about Megamoo's very early planting effort i though it might be fun to see who can get a plant to survive through our winter. By all accounts it is going to be a long cold one so this will NOT be easy!

Many of us that grow get a bit toey waiting for the right time to germinate but with this it would give us an opportunity to experiment and maybe learn a thing or three in the process.
I plan on putting my germination station together after work today and popping some seeds, they will most likely be Jalapeno and Rocotos but a few more non chinense types may find their way in there too.

As always pics are a must because no pics mean didn't happen! Guys up North will have a distinct advantage over the people down South but us being the awesome chilli heads that we are i'm sure any adverse conditions can be overcome, after all this will only involve a couple of plants and in my mind they could be put inside at night at let out during any warmer days that we may receive.

So, what say you? Want to give it to frosty the snow man and see what we can do over winter?
Who's in??

I know in Megamoo's thread i said that i was going to setup my germ station tonight, but truth be told...it already is

I set it up about a month ago just to see what i could get to pop and to see if i could get anything to stay alive.
I only put a few seeds in to see what would happen.
Will try to remember to get some photos up tonight after work, i work in hospitality so i probably wont finish untill around 1:00am. Will also make a list of that i have going

Edit: I live in adelaide, so there isnt any chance of snow but it does get damn cold...

Thats ok, cheating is allowed and may well be the only way to accomplish the task at hand lol. I know im going to be watering with only luke warm water!

Ok... I'm in too. I'll have a sift through my seeds and start something. Perhaps Tabasco & Rocoto. I am travelling back and forth from Melbourne to regional Vic a lot however, so I may have to entrust someone to keep an eye things a few days a week, which is rather worrying...

I planted a Yellow Bhut, Yellow Peter Pepper and a Black Pearl yesterday.

Count me in im up for it

Theres number one banana bender! Where are you gassy gasssss......

I may as well include myself as I was going to be planting anyway, so bring it on guys!

Sure I'm in....but I always start mine by the 1st June
This year I'm going to try for 1000, fingers crossed
It will definatly be over 500 (hope I won't be eating my words later in the season)

Jr my man you are certifiable!


Edit: Can not count without socks off 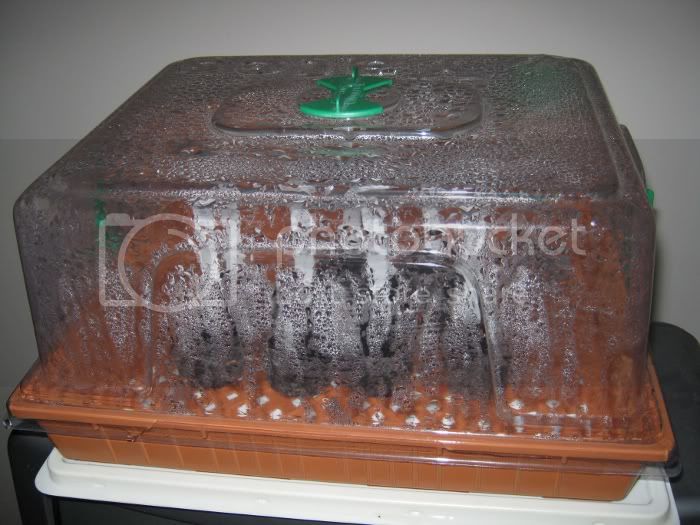 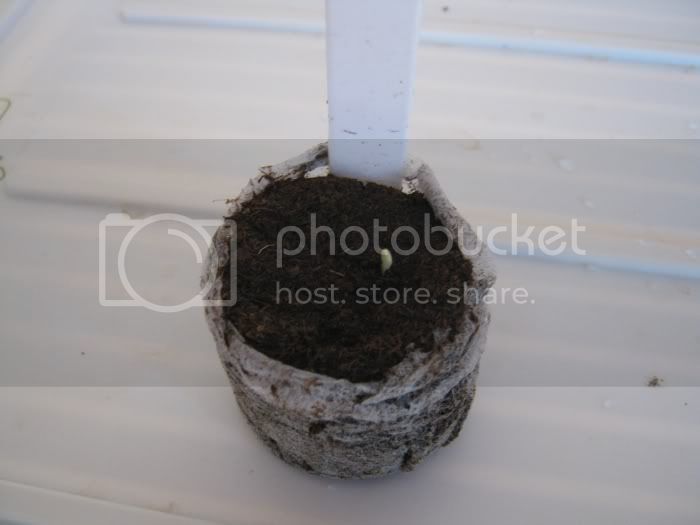 Been taking advantage of some nice mild Autumn sun we've been getting too... 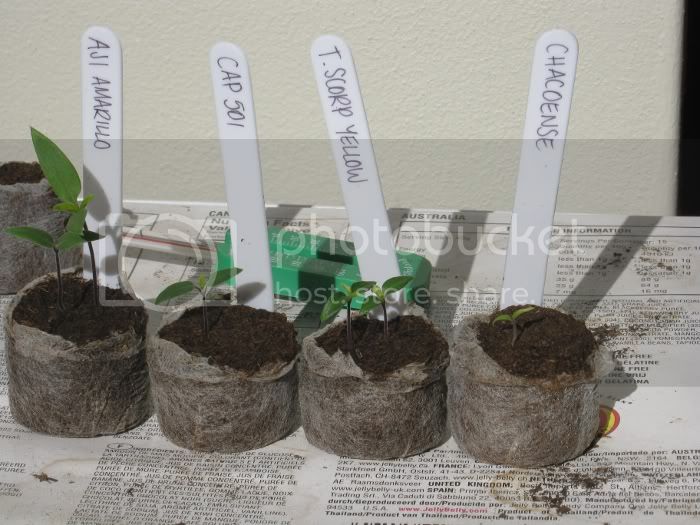 First round of sowing commenced a couple weeks ago and included: CGN 22794, CGN 22795, CAP 501, C. Chacoense (unknown), Pimenta Da Neyde, Trinidad Scorpion Yellow, Bonda Ma Jacques, Aji Amarillo, NuMex Twilight, and Omnicolour. Except for a Bonda Ma Jacques which popped this morning (YAY!), so far the only ones up are the ones in the pic above. Oh, and one of the CGN's which lost his head in a de-helmeting accident.... (and they say helmets save lives!)

A bit worried though as I am 400km out west or something ATM and have had to leave my babies by themselves for a couple days. No issues with lighting as I invested in a timer but loaded the Jiffy's up with water and fingers-crossed they won't be dry when I return on Thursday! Also a bit worried that my suicidal Aji Amarillo is gonna grow straight into the light like he has been doing, regardless of how close I have him to it.

Next round of sowing will commence when I return!

Awesome idea, Nova, this is going to be great!

Bugger, i'm playin catch up! On ya for joining in on this gas, now we need Candice.

I am in fo sho too

Still waiting on team WA... Candice? Marc? Where are you guys?

I could see you reading this LordViykor.... you know you want in!

Alrighty it's off to a blinding start!

So far i have planted one seed of each - Red GTHO Manzano, Franken Maxano orange cross yellow (thanks Marc) , Serrano (from an overwintered plant bought from a nursery as a baby) and Manzano Amarillo, Rocoto de Sada, Rocoto XL yellow orange mix (thanks jr).

All are in coir because i havent used it as a starter before and wanted to try it.
Also put some basil and parsley seeds down to see how they go.

I know i said i was going to post some photos when i got home from work...
I got home a little later then what i thought, god damn staff members wanting to drink