Extreme Member
well the weekend sucked! The kids are terrible and parents just sit there. They were going to be coming back friday until sunday but I will be telling my buddy today that they are not welcome. its beyond kids being kids, little fat demons. Going on a bike ride and figure out exactly what Im going to say instead of being brutally honest. This is not easy and actually hurts a little but our sanity is the most important thing. I almost blew up a couple times. Hope yall have a great day and good morning.

. The forecast is for storms tonight (I hope we get the rain) with temperatures falling back down to the low 90s the next couple of days. Sic .... sorry to hear about the terrible kids. Not sure what we've got going on today. Grilling and beverages this evening. Be safe and be good.
Last edited: Jun 21, 2022
Many people have eaten food from my kitchen and have gone on to lead normal, healthy lives.

Good morning. Cooler day ahead, no rain expected. Lots of errands today, time to stock the pantry. I replanted beets and beans, guess the bugs have been hungry lately or . . . In any event, harvest is a long way off.
Enjoy your day and the earth’s beauty. Think I’ll plant more flower seeds in pots.

Sic - send your guests to the beach or some sort of amusement activity. The kids are bored and expect you to provide them with entertainment. It’s not easy being a host.

Extreme Member
Good morning. Clouds and sun, 68F on its way to 89F. The cool days were nice, but the heat's back on lol. Finished caging tomatoes yesterday. The drip system seems to work pretty well. Certainly a time saver. I water 4 rows at once instead of one row at a time. Nice! Today is take Sis to the airport day. Hope her flight doesn't get cancelled. Then back home and chillin. Sic - sorry the kids ruined your visit with your friend. Just tell him the kids make things chaotic, and you're not into chaos. Have a great Tuesday everybody!
Life is like a plate of superhots: What you do today will most likely burn your ass tomorrow.

Extreme Member
Can you invent a family emergency Sic?
It's all very amusing until someone loses a foreskin - Mr Tink

Extreme Member
its all took care of, I told him we cant do this weekend. They had already planned on staying a extra day and just going home from their air b and b, they are at the beach. They knew things wernt cool this last weekend. Catherine Im sure the kids are bored, they are bored with everything stay up all night and sleep all day Phones glued to their face and take over your house. We have hosted them 7 times and been to their place twice which was the mothers sisters and she kicked them out because the kids destroyed her house. We all have another friend that had to kick them out also for some of the same reasons that they were living with. I took them to a nice park and showed them gators. They could only walk like 30 feet and complained the entire time. If there phone battery runs out they start crying, they were smashing and fighting over our laptop, somebody stole a bunch of quarters from me and they broke several things and pissed all over the bathroom floor. The parents let them do almost anything and dont pick up after them leaving us to be servants. Its the parents faults for letting things get this way.
Last edited: Jun 21, 2022

Extreme Member
Morning all - hump day! Nearly get a whiff of weekend.
There's a storm rumbling around and it's raining, lovely and cool. I am spending most of today with these 2 big furballs - husky time! Bring it on. 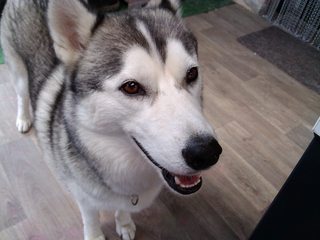 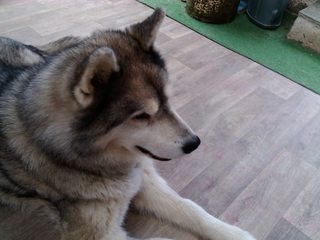 Extreme Member
It's mostly sunny and 71F, on its way to 92F (Heat Index 101F). Hot and humid with severe storm watch late this afternoon. Just another fun day in the sauna lol. Grass needs cutting. Also need to mow/trim around electric fence. I'm sure cold beverages will follow. Have a great Wednesday everybody. Good Morning!
Last edited: Jun 22, 2022
Life is like a plate of superhots: What you do today will most likely burn your ass tomorrow.

Good morning. Looking forward to the weekend with rain forecasted. I bought 2 more peppers on our shopping jaunt yesterday to fill in the extra space at the CG. Hubby picked out mild ones. I’m not planning on buying peppers again $$$. Time to work at the CG, then more shopping.
Sic, Glad you told your friend the family was no longer welcome. You are one brave soul.
Have a wonderful day. Stay healthy and happy.

Extreme Member
Good morning. It's 73 (23c) on its way to 87 (31c). Light rain in progress with a few rumbles! I thought it was going to miss us. Up in KC, they got lots of rain ..... down here not so much but we'll take whatever we can get. Not sure what's going on today. Going to the match tonight. Be safe and be good.
Many people have eaten food from my kitchen and have gone on to lead normal, healthy lives.

Extreme Member
Already home from the horse stables but have to go back tomorrow. Relaxing the rest of the day. Good morning.

Extreme Member
morning all....you know, I grew up in Pensacola...moved here in '58 and if it got this hot back then I sure don't remember it...I was always outside in the woods daylight to dark...I remember one time I was in the top of a huge live oak tree and it was 92 degrees....a front blew through and the temperature dropped to 68 in about 15 minutes....biggest temperature change in 15 minutes I have experienced to this day....sure could use some cooler weather....

hope all have a great day....
AJ
"If people will learn to "listen" to their plants, they will tell you what they want". AlabamaJack

Extreme Member
Morning! Not a lot planned for today except catching up on all those chores I couldn't do last week due to the heat and smashed up thumb.
Got some potting on to do. Garden looking good except those damned flea beetles, a flame thrower could probably cure that.
Have a good one

Extreme Member
Back to the stables and have to go give a bid. Chores this afternoon. Watched It last night on Netflix, it was pretty good. Have a great day and good morning.
Last edited: Jun 23, 2022

Extreme Member
Good morning. It's 71 on its way to 85. Heading out to trap fishing bait this morning. Mowing and chores this afternoon. Grilling and beverages this evening. Be safe and be good.
Many people have eaten food from my kitchen and have gone on to lead normal, healthy lives.

Good morning. Garden chores at home, more cleanup after removing everything from the patio while the deck and house were being worked on. I bought more flowers to brighten up the view. I’m hoping for rain sooner than this weekend, but not holding my breath.
Have a wonderful Thursday. Enjoy nature’s beauty.

Extreme Member
Good morning. It's cloudy and 68F on its way to 78F. Nasty thunderstorms rolled through last night. Almost 2" of rain, which we can use, just not in a deluge. Flood warning was in effect. Need to take BIL to doctors appointment today, then home. Will check the garden but probably too wet to work. Have a terrific Thursday everybody!
Life is like a plate of superhots: What you do today will most likely burn your ass tomorrow.

Extreme Member
Morning all - yes it's really Friday at long last. Got a car crash lunch coming up today, it'll be interesting if nothing else

Work this afternoon. Have a good one.
It's all very amusing until someone loses a foreskin - Mr Tink
You must log in or register to reply here.

Been a while. Kind of desperate.

A Little help needed for Chile Juju and Scovie

Prose from The Warrant Man
2