I walked by my Aji Limo in one of my self-watering buckets this afternoon and spied a pepper guardian, and thought that it might be fun thread to start in the lounge.  People post pics like this all the time, and I often get a chuckle out of what shows up.

Upon closer inspection, there was a bonus Guardian. 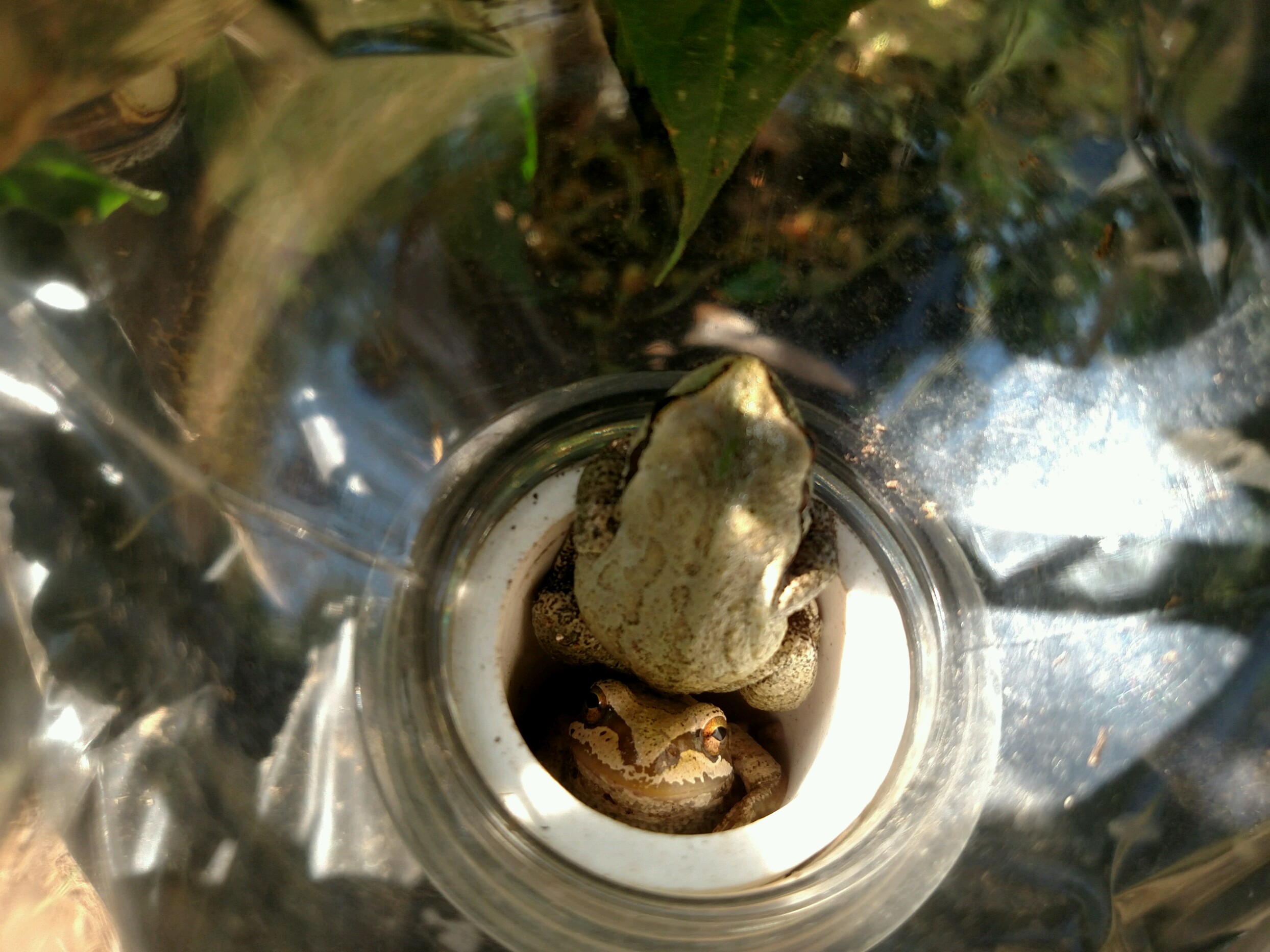 I went out to have a look at my Scorpion plant to see how the peppers were coming along and check for caterpillars when I see this guy looking at me through the leaves. It seems to be keeping an eye on things for the time being =). Hope it finds plenty of bugs and caterpillars. 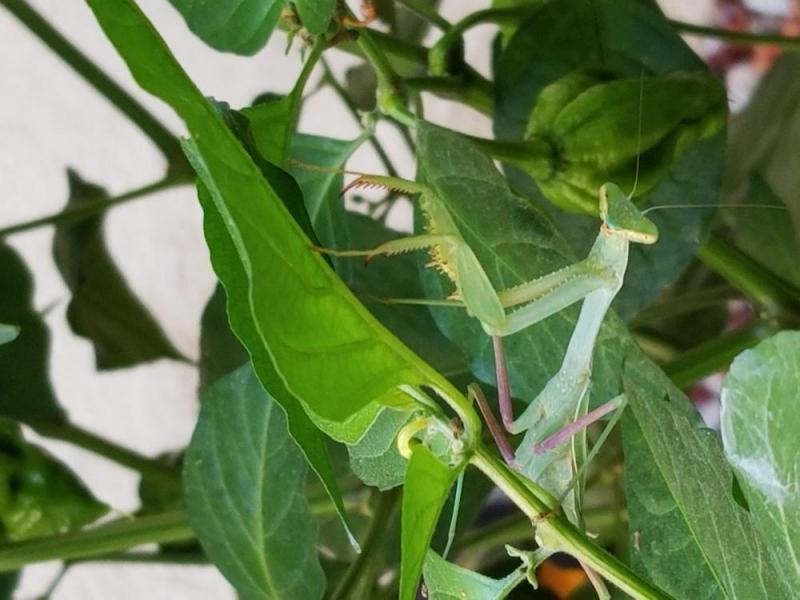 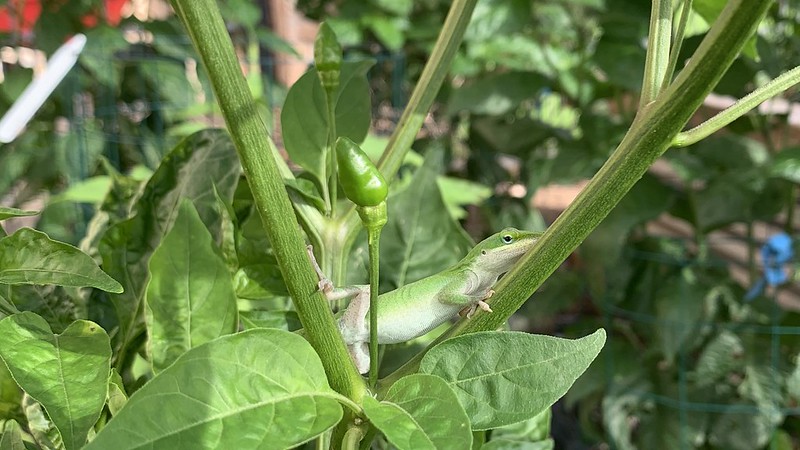 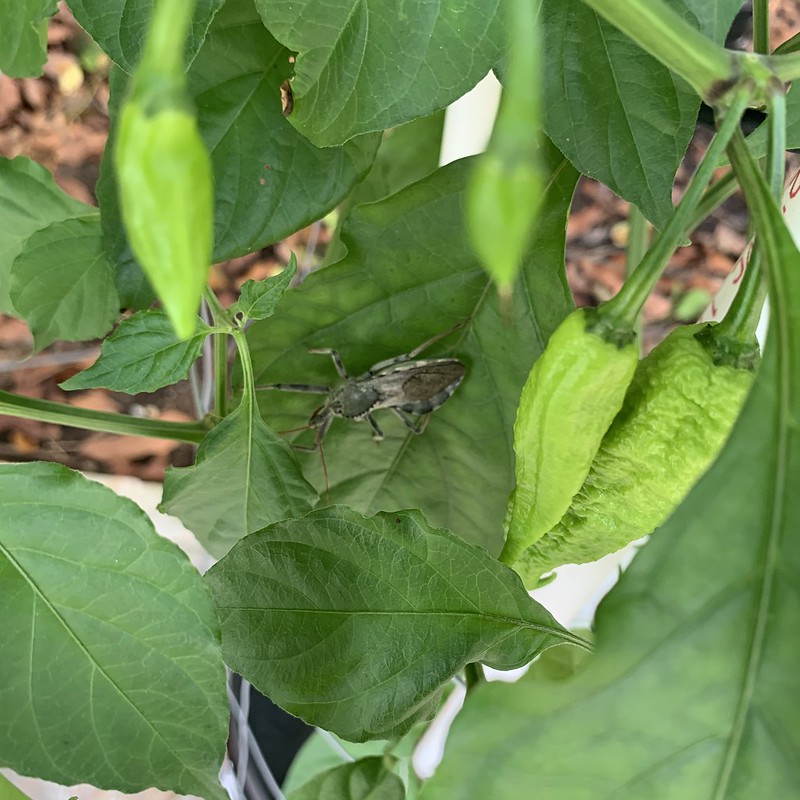 Just don't let it bite you!

I'm not a great photographer, and I don't try to be.  But when I see something that catches my eye, I snap it, with whatever I have available. So on that note...
. 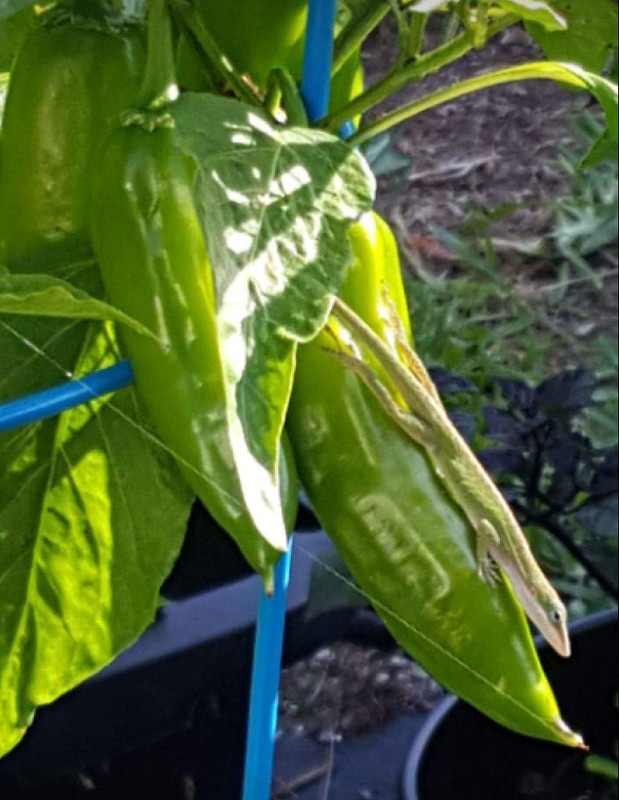 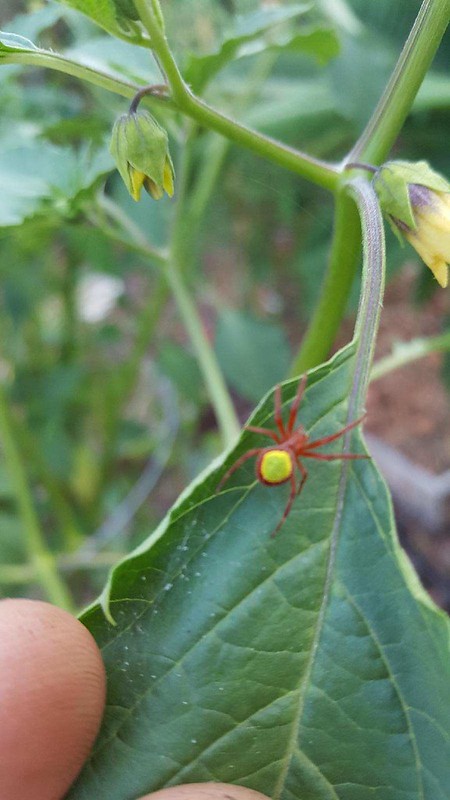 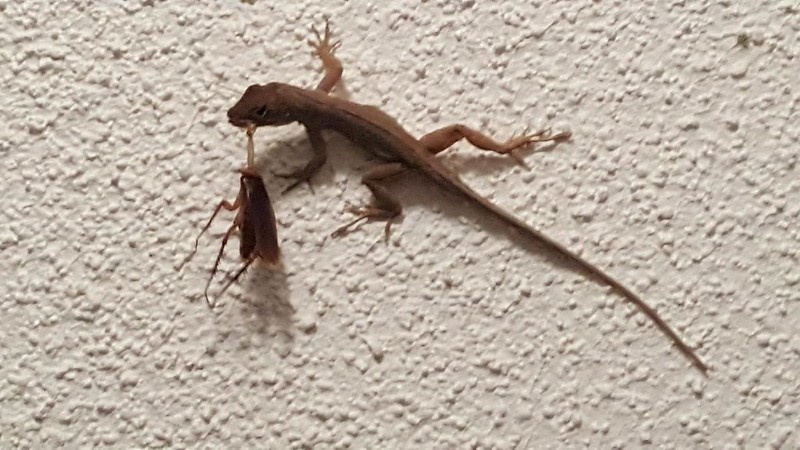 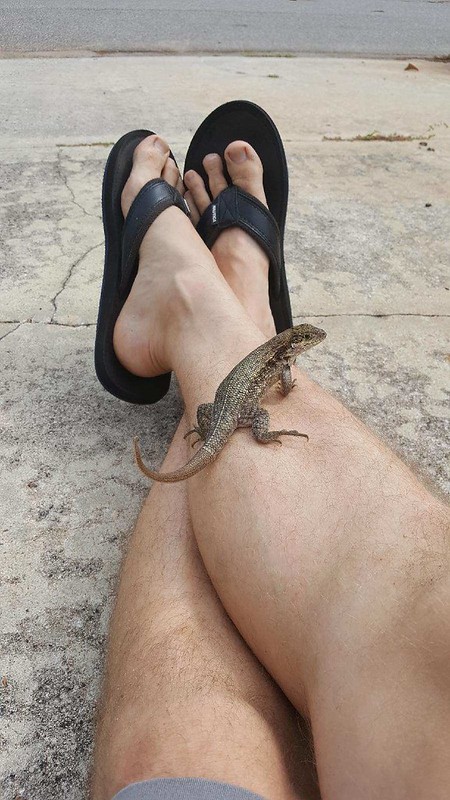 Extreme Member
Looks a bit like that roach just got hold of him and's about to unload the left.
Current Grow Log - CaneDog 2022 Glog

CaneDog said:
Looks a bit like that roach just got hold of him and's about to unload the left.
Click to expand...

The lizard gave a dizzyingly quick little shake, and the roach ended up like that.  I've got a video of the lizard walking around, and the roach is dangling by its neck goo.  It's pretty freaking hilarious.

Not many anoles in WA. Wish we had some, instead of the reclusive skittish honery skinks.

Not many anoles in WA. Wish we had some, instead of the reclusive skittish honery skinks.

Thanks, mate!  Definitely my FL home, not the WA.  Out here, my only wild friends are crows.  Absolutely amazing creatures, they are.
.
You have some kind of lizards out here that aren't skinks.  They look more similar to the Curly tail that I posted in the last pic. (which by the way, is domesticated - she sits on my leg and eats from my hands)  I don't have a pic of one, but I have a pic of one of its cousins from NoCal.  The ones here in WA and northern OR look just like this, but aren't as dark, and don't have the colors on the bottom.  If I had a garden here, I'd want plenty of them around, though.
. 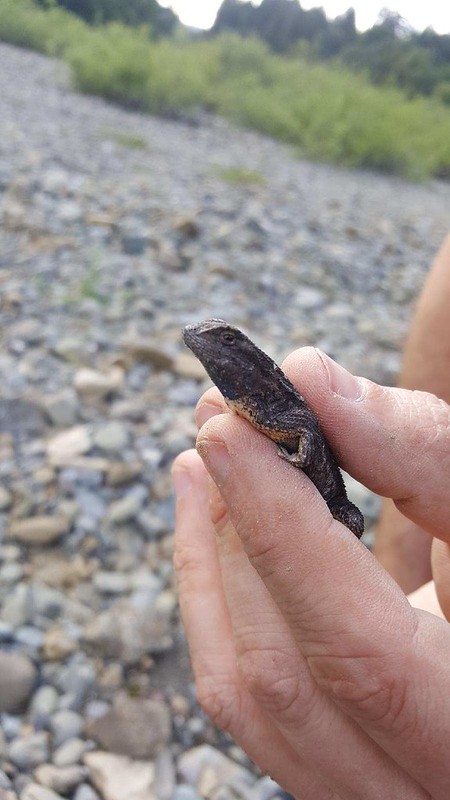 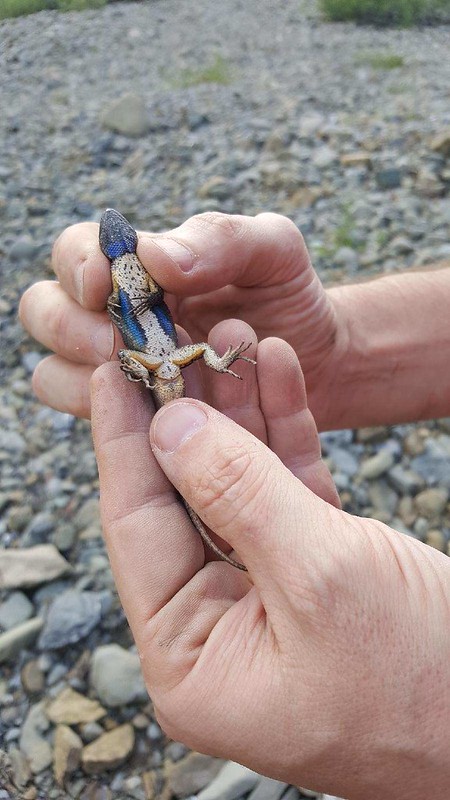 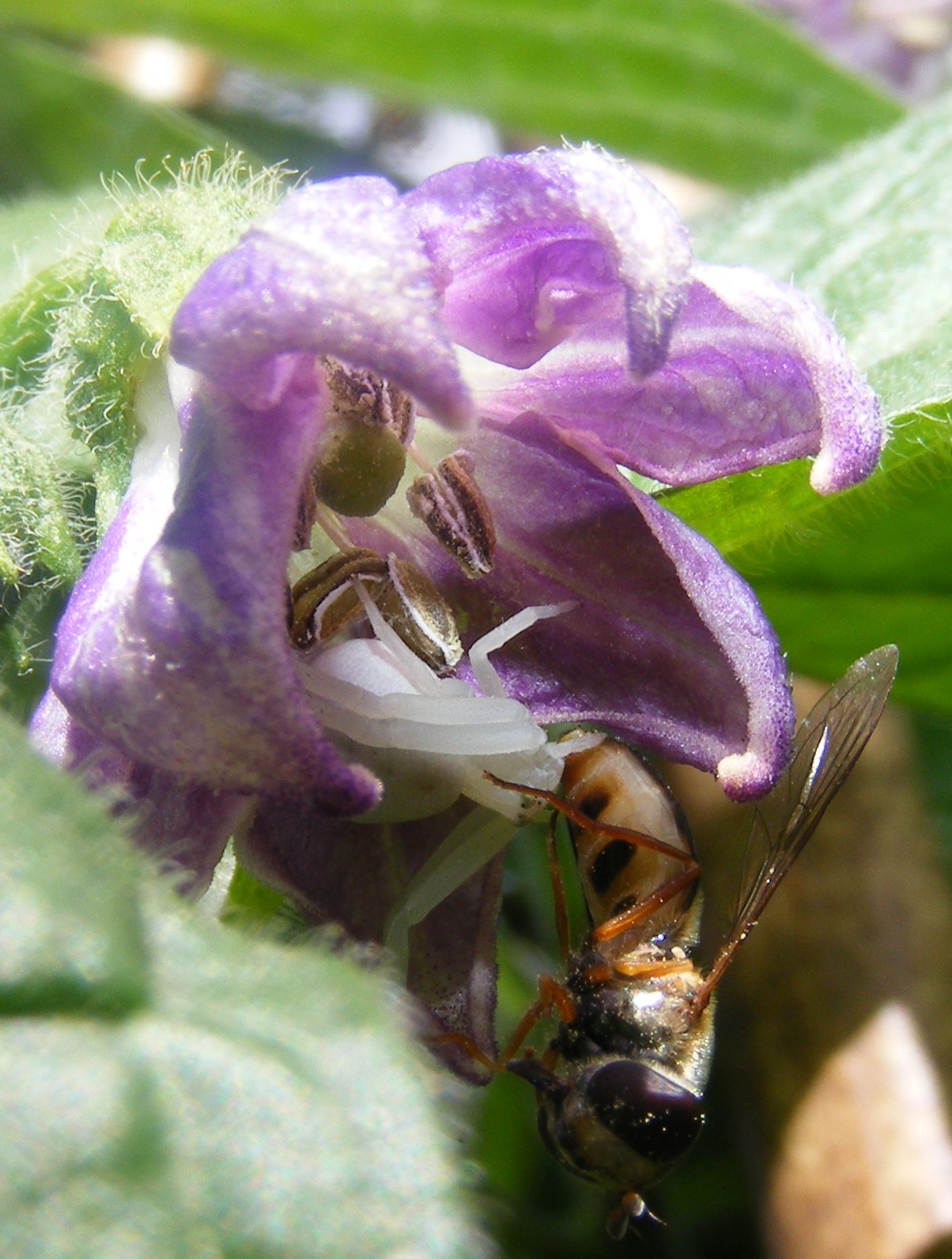 The prey might not be a pep destroyer, but, I appreciate the effort.,

Pep was a pubescent, Arequipa Giant.

Aji pepper self seeding in Vancouver, BC...