Anime, What are you watching right now.

On the English dub I couldn't get passed the horrible chutney accents. Was like nails on a chalk board.

Assassination Classroom was a really good show. I would definitely recommend it.
Click to expand...

Hate to admit but I watched both subbed and dubbed. I'm not sure which was worse. But the subs added a pretty funny quality to it. Learned to deal with the accents after hanging out with some chaps from across the pond in the dubbed version though.

Samurai champloo might be my favorite anime of all time...

Two new shows out that have captured my heart.

First is Gangsta- It's new so they are uploading like an episode a week. First episode is up now. Love the art style 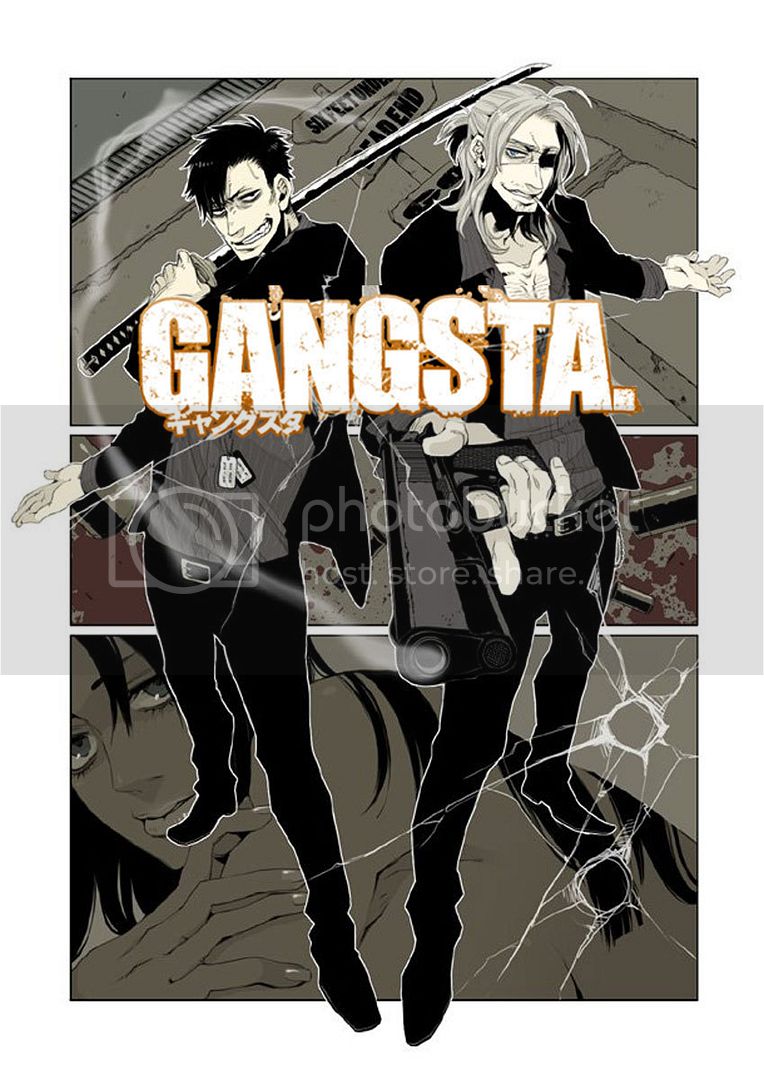 Another new one that looks to have promise is Prison School. A raunchy comedy. Again new and episodes uploading weekly.

Well thanks to this thread i decided to have a crack at a couple of Anime's recently. A few weeks ago i watched Attack on Titan which wasnt too bad except despite being released a couple of years ago they havent released the second series yet. Mentioned this to my nephew and he said they have put it on hold till after the live action movie is released.

Over the last few days ive been watching Haibane Renmei which i really enjoyed. Its grows on you slowly... its like a well written short story that doesnt need to be flashy to sell itself. Cant help but feel a show like this just wouldnt see the light of day unless independantly made in the Western countries.

i'm still watching deathnote on netflix, but i noticed on my anime website a deathnote 2015. I'll let you know how it is once i get to it
C

Just because I'm a Go fan I should also mention Hikaru no Go. It's a mental show but super enjoyable imho.

i use animeram.eu, they have a lot and both seasons of Tokyo ghoul.

BigB said:
i use animeram.eu, they have a lot and both seasons of Tokyo ghoul.
Click to expand...

I only watch Dubbed though, there's very few anime I will watch subbed.

i understand. there's some dubbed on my site, but it doesn't say specifically. i started watching hunterxhunter in english then all the sudden the english was gone haha

EVERYTHING on www.animestatic.eu is dubbed unless you go to the subbed link. They got an arse ton of shows.

I just started watching Blue Exorcist. Good show, thought I had seen it but evidently not.

Gate: This is a really good show for only being Subbed. First episode was meh but got pulled in pretty quick. I highly recommend it http://www.animefushigi.co/anime/gate-jieitai-kanochi-nite-kaku-tatakaeri

"In August of 20XX, a portal to a parallel world, known as the “Gate,” suddenly appeared in Ginza, Tokyo. Monsters and troops poured out of the portal, turning the shopping district into a bloody inferno.
The Japan Ground-Self Defence Force immediately took action and pushed the fantasy creatures back to the “Gate.” To facilitate negotiations and prepare for future fights, the JGSDF dispatched the Third Reconnaissance Team to the “Special Region” at the other side of the Gate.
Youji Itami, a JSDF officer as well as a 33-year-old otaku, was appointed as the leader of the Team. Amid attacks from enemy troops the team visited a variety of places and learnt a lot about the local culture and geography.
Thanks to their efforts in humanitarian relief, although with some difficulties they were gradually able to reach out to the locals. They even had a cute elf, a sorceress and a demigoddess in their circle of new friends. On the other hand, the major powers outside the Gate such as the United States, China, and Russia were extremely interested in the abundant resources available in the Special Region. They began to exert diplomatic pressure over Japan.
A suddenly appearing portal to an unknown world—to the major powers it may be no more than a mere asset for toppling the international order. But to our protagonists it is an invaluable opportunity to broaden knowledge, friendship, and ultimately their perspective towards the world."

one punch man is hilarious